Did Paul go to Heaven When He Died?

To answer this question there is only one place we may go: to his writings. Thus we will consider Paul’s writings and in doing so will look at different periods in his life and the things he wrote during those times. We will examine his early letters in the years circa A.D. 52-53, to his epistles to the Thessalonians. We will look at the mid to late part of the 50s, to his letters to the Romans and Corinthians. Finally, we will look at the last of his writings, his prison epistles (circa A.D. 62-67). In all these epistles Paul mentions both death and the expectation of Christians for a resurrection.

The earliest of Paul’s letters, 1 and 2 Thessalonians (possibly Galatians), were written when Paul was on his second “missionary” journey (circa A.D. 51-54). If Galatians was written during this period, the letter, by implication, mentions judgment and heaven, but gives no insight regarding the interval between death and the resurrection. On the other hand, 1 and 2 Thessalonians are “full” of references to Christ’s second coming: of the total of eight chapters in the two books, at least seven of them reference the second coming of Christ.

Paul in the first letter deals with those who died, but he makes no comment on their intermediate state. After speaking of those who had died, he then mentions their resurrection. He assures the Thessalonian brethren that Christ would bring those with him, saying on the other hand that the “dead in Christ would rise first” (1 Thess. 4:16). One might conclude that if Christ brought the departed dead with Him, they would have been with Him in heaven, but such is not a necessary conclusion. Whether righteous souls had been in Hades or heaven, Christ would have to “bring those souls with him” that their bodies might be raised incorruptible. He simply does not mention where the souls of the righteous ones will be between their life on earth and them receiving an immortal body.

The next period of Paul’s writings are letters he wrote on his third journey (1-2 Corinthians, Romans; c. A.D. 55-58). In each of these letters Paul writes regarding the resurrection (Romans 8:18-23; 1 Cor. 15:1-58, 2 Cor. 4:16-5:4). In Romans 8 the creation waits for the revealing of the sons of God (8:19), being delivered from the body of corruption into the liberty of the glory of the children of God (8:20). Then those who have the first fruit of the Spirit as waiting for the redemption of their body (8:23). In 1 Corinthians 15 Paul writes his wonderful treatise of the resurrection, saying of the body “it is sown in corruption, it is raised in incorruption: it is sown in dishonor; it is raised in glory: it is sown in weakness; it is raised in power: it is sown a natural body; it is raised a spiritual body. If there is a natural body, there is also a spiritual body” (1 Cor. 15:42-44). The apostle said nothing about where the soul is between corruption and incorruption; dishonor and glory; weakness and power; natural and spiritual. He deals in this section with the change from a natural to spiritual body.

In his second letter to Corinth, the apostle writes of the outward and inward man (2 Cor. 4:6-18). He expressed the hope that if the earthly house of his tabernacle was dissolved (death), there would be a building from God, a house not made with hands, eternal, in the heavens (2 Cor. 5:1). This was an expression of confidence in the resurrection. Paul added, “For verily in this we groan, longing to be clothed upon with  our habitation which is from heaven: if so being clothed that we should not be found naked. For indeed we that are in this tabernacle do groan, being burdened; not for that we would be unclothed, but that we would be clothed upon, that which is mortal may be swallowed up of life” (2 Cor. 5:2-4). Paul did not want simply to be unclothed; he wanted to be clothed upon, to have his resurrected body. And as Paul passes from being unclothed to being clothed upon, he paid no attention to the place where one waits for the resurrection, nor for how long that wait might be. He adds nothing to what already was known from Old Testament, that at death the soul went to Sheol to await the resurrection: the place where David, Lazarus, the thief, and Jesus all went.

One final period in Paul’s life and letters remains to be considered: his prison letters and the time period A.D. 60-67. In Philippians 1:23 he wrote, “But I am in a strait betwixt the two, having the desire to depart and be with Christ; for it is very far better.” In an earlier article it was shown that similar language was used by Solomon when he wrote that at death the “spirit returns to God who gave it” (Eccl. 12:7), and by Jesus when He prayed, “Father, into thy hands I commend my spirit” (Lk. 23:46). In both latter instances the spirit went to Hades. Unless there is some additional revelation that says otherwise (and if so, where is it?) then Paul’s spirit went to the same place where Jesus’ soul had gone: Hades.

The final words from Paul are in 2 Timothy 4:6-8: “For I am already being offered and the time of my departure is at hand. I have fought a good fight: I have finished the course. I have kept the faith: henceforth there is laid up for me the crown of righteousness which the Lord, the righteous judge, shall give to me in that day; and not to me only, but also to all them that have loved his appearing.” Once again the apostle mentions his death and expresses his hope for the resurrection when Jesus comes again. And once again he mentions nothing about the intermediate state of his soul. And once more we ask: if the place where the soul waits for the resurrection is different from where David, Abraham, Lazarus, and Jesus all went when they died, where is the passage that says so?

NEXT: Is there any proof that souls still go to Hades at death?

← Prev: What Does Your Church Look Like? Next: Alienated by Technology → 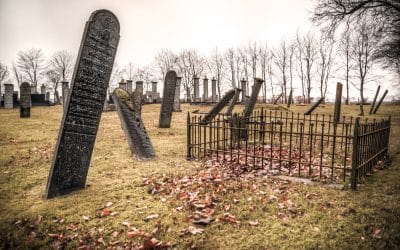 Do Souls Still go to Hades at Death?

I know of no Bible believer who would deny that some souls still go to Hades at death. After all, Hades will continue...

Do the Saved go Directly to Heaven? #2

In our last article we examined the question of what happens to the soul of man at death: does it go to a place called... 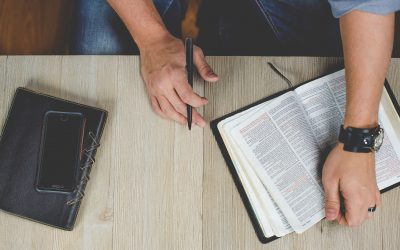 Are There Contradictions in the Bible?

A common charge that’s made against the Bible, especially the historical accounts of the gospels, is that they...