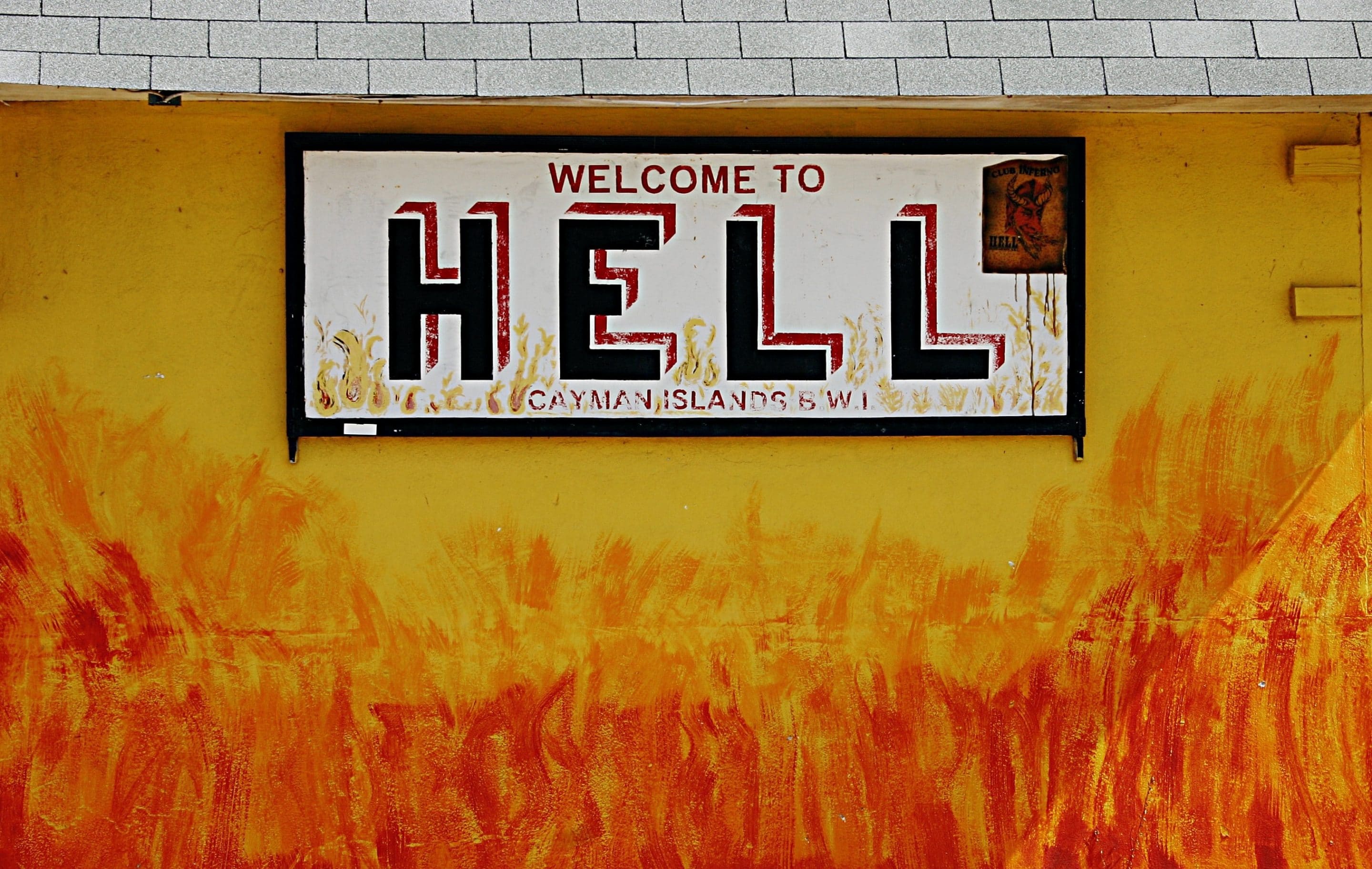 “Daddy,” the little boy whispered, “he said the ‘H’ word!” The word was “hell,” and the preacher was the one who said it — from the pulpit.

It is good that a young child realizes that the word “hell” may be used as a “bad word.” It is sad that many people rarely hear the word “hell” properly used in a sermon. Unfortunately, “hell” is better known to the world as an adjective than as a noun! Or, if it is used as a noun, it is used when people are angry and want to curse the destiny of another.

Hell is not, in its true sense, a curse word. It is, as Cled Wallace once described it, “a lake of fire and brimstone and without modern conveniences.” The Lord Jesus spoke more about hell than any other person in the New Testament. Not once did he speak of it in a “positive” way (Matthew 5:22; 23:33; Mark 9:42-50). He always employed it in a “negative” manner, which surely must offend the gentle senses of snobbish religionists and sneering modernists in every age.

Today, silk-suited sermonizers sweetly intone the tender mercy and gentle grace of God. With an actor’s dramatic tears (never mentioning damnation’s deepest fears), they weepingly speak the soothing words of salvation. But salvation from what?

They never tell us. If men reject the wooing word of eternal salvation, there is the withering word of everlasting damnation (Matthew 10:32-33; Mark 8:38; Luke 13:3, 5; John 8:24; 12:48; Acts 13:46; 24:25). Somehow, though, some finely-tailored and well-manicured men avoid the topic of “hell fire.” However, nearly twenty centuries ago a certain uncouth and crude preacher and prophet did not ignore the consequences of unbelief and disobedience (Isaiah 53:2-3). He plainly spoke of the reward of unrighteousness, the pain, and penalty of sin. Dare we do any less?

It is past time that pulpits of today were aflame with the shame of hell (Daniel 12:2). Assuredly, we must tell men of God’s goodness, kindness, mercy, and grace, but we must also tell them that “our God is a consuming fire,” and that “it is a fearful thing to fall into the hands of the living God” (Hebrews 10:31; 12:29). The man who is devoid of either one or the other is not a preacher of love, grace, and mercy as defined by the word of God. “Good words and fair speeches” were not words used to describe the work of preachers sent by God (Rom. 16:18)! Therefore, let pulpits glow with the splendor and soft hues of the love of God, but let them also be ablaze with the harsh horrors of the doomed and the damned “in the fire that never shall be quenched” (Mark 9:45). True love impels and compels both sides of the eternal equation.

When the hope of heaven and the horror of hell are both revered and feared, perhaps then children will not think the preacher has “cussed” when he speaks of hell and earnestly encourages sinful men to accept the love and grace of God.