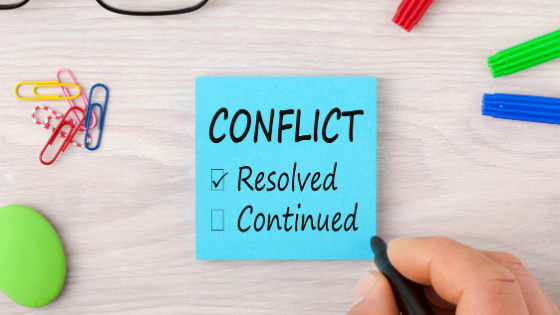 “Now at this time while the disciples were increasing in number, a complaint arose on the part of the Hellenistic Jews against the native Hebrews, because their widows were being overlooked in the daily serving of food” (Acts 6:1).

Complaints at church are nothing new. They have been around as long as the church has because the church is people, and people tend to complain. Some complaints are legitimate and constructive: they point out real problems and lead to solutions and better performance. Others can only be described as petty gripes. It would be instructive for us to look at how this ﬁrst complaint was handled.

No one quit. That sometimes happens. Brethren become disenchanted over some circumstance and quit. We call it quitting the church, but it is really quitting the Lord. What does that say about one’s commitment, his discipleship? A friend of mine calls it getting mad at your brother and taking it out on your Father.

No one went to another congregation. In this case they couldn’t because there was no other congregation. This was not just the only one in Jerusalem, it was the only one anywhere! And I can’t help but wonder if that wasn’t in one regard a blessing. While there is much to be said for having several churches in an area, one drawback is that it gives folks an option they would not otherwise have: to run away from problems instead of working them out. That solves nothing.

No one started a move to ﬁre the preacher or oust the elders. It is uncertain whether Jerusalem had elders at this time. The apostles were in the lead. The brethren respected them. They did not attribute sinister motives. There were none of those privately circulated surveys or petitions, no secret meetings, nor a so-called “vote of conﬁdence.” No one tried to use irrelevant matters such as Peter’s personal weaknesses or Matthew’s former occupation as means to discredit them.

No one quit, no one split, no one pitched a ﬁt! If only brethren today would abandon these unfruitful practices.

What was done? The solution to this complaint was quite simple. First, the apostles gave it an objective hearing and found it valid. Leaders must be listeners. As is usually the case, no purposeful wrong had been intended it was just a simple oversight.

← Prev: Why do We Follow Christ? Next: The Strength of the Congregation →