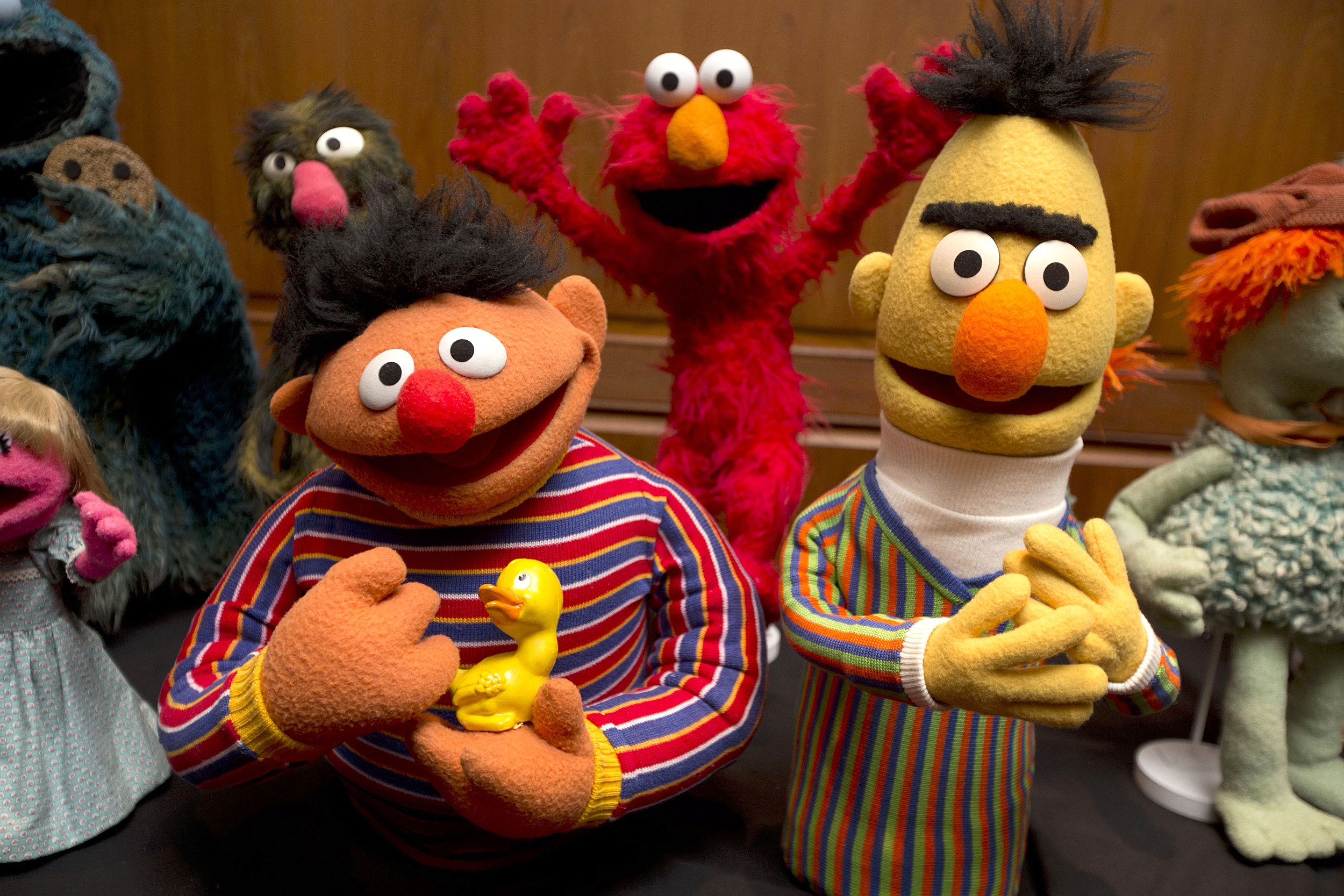 Bert and Ernie Are Gay

I watched “Sesame Street” as a kid, and I can remember for a long time the speculation surrounding whether or not the characters Bert and Ernie were more than just roommates and best friends. However, after a former writer’s comments in 2018, the minds behind the show are setting the record straight.

The debate came back to life when Mark Saltzman, a writer on the show from 1984 to 1998, spoke to Queerty, gay and lesbian news and entertainment site, in an interview where he revealed that he always thought they were a “loving couple.”

Saltzman was asked by the outlet directly if the characters were gay, and he recalled reading about a child asking his mother that question. Saltzman, who is homosexual, said the story made him laugh. “I always felt that without a huge agenda, when I was writing Bert and Ernie, they were,” he revealed noting that he drew inspiration from his own relationship to another man. “I didn’t have any other way to contextualize them. The other thing was, more than one person referred to Arnie and me as ‘Bert and Ernie.’” He continued: “Because how else? That’s what I had in my life, a Bert and Ernie relationship. How could it not permeate? The things that would tick off Arnie would be the things that would tick off Bert. How could it not? I will say that I would never have said to the head writer, ‘Oh, I’m writing this, this is my partner and me.’”

However, to check speculation about “Sesame Street,” which has been on the air since 1969, Sesame Street Workshop, which runs the children’s show, released a tweet explaining that the characters are meant to be without sexual orientation: “As we have always said, Bert and Ernie are best friends. They were created to teach preschoolers that people can be good friends with those who are very different from themselves. Even though they are identiﬁed as male characters and possess many human traits and characteristics (as most ‘Sesame Street’ Muppets do), they remain puppets, and do not have a sexual orientation.”

Satan is using every tool at his disposal to push the agenda of ungodliness, even in the most innocent of ways. Homosexuality is still a sin (Romans 1:26-28; 1 Corinthians 6:9-10; 1 Timothy 1:8-11), no matter how “cute” you make it with fuzzy puppets and humorous storylines.