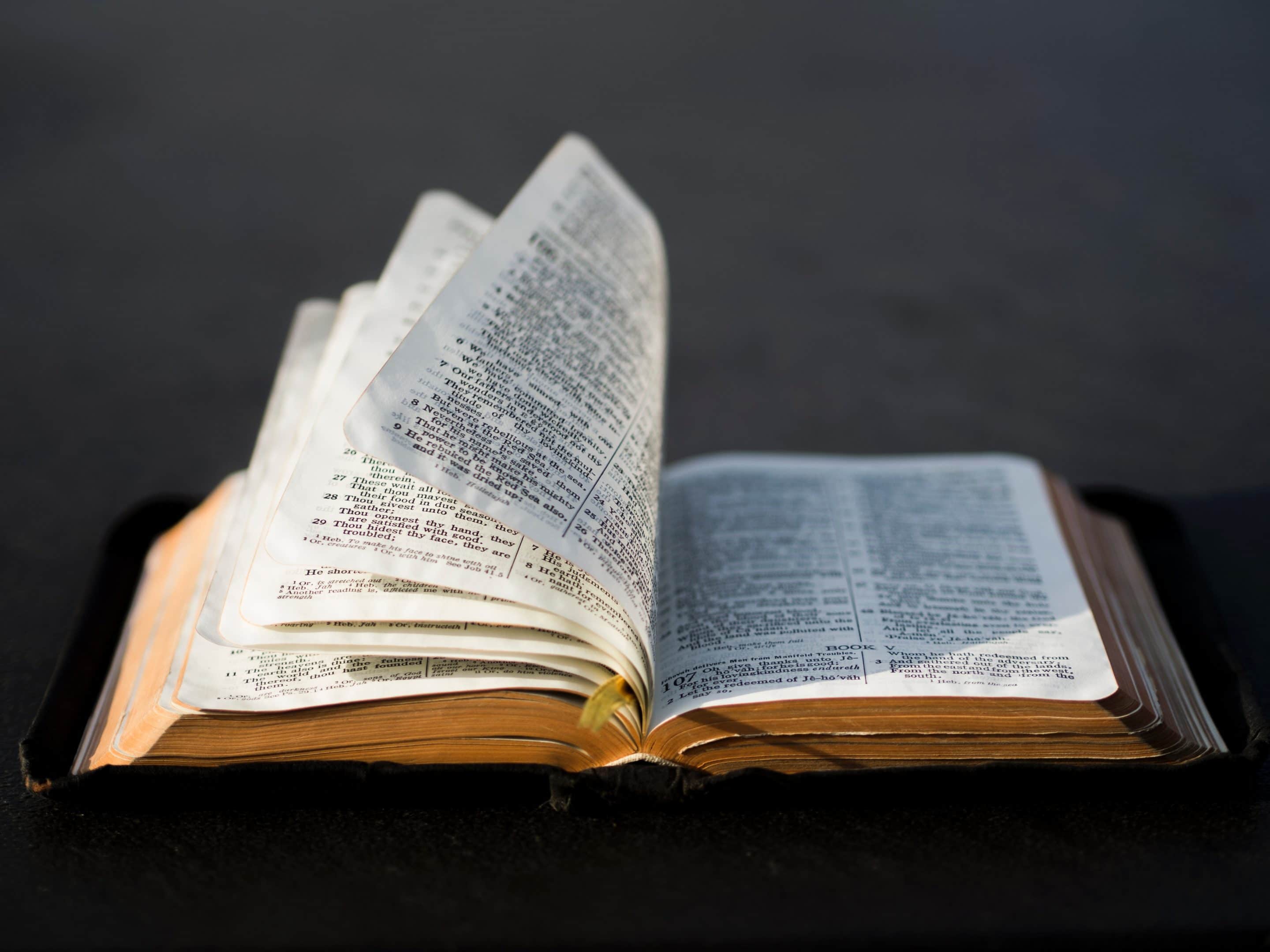 In the quest for truth on any religious matter, there must be an appeal made to the New Testament for authorization by God. Colossians 3:17 clearly spells out this need: “And whatsoever ye do in word or deed, do all in the name of the Lord Jesus, giving thanks to God and the Father by him.” Every sincere person will agree that there must of necessity be an authority from the scriptures for every practice or work. Without a strict attitude toward authority, biblical study becomes fruitless because any false doctrine can be proven through enough “wrangling” of the scriptures (2 Peter 3:16).

We are aware of the division in this area that exists among members of the Lord’s church over the objections to the Bible class arrangement of teaching and over whether or not qualified sisters may teach some of these classes. Hopefully, this short article will fall into the hands of some of the protesters to the class arrangement and can in some way be a contribution toward narrowing the chasm that presently exists.

Someone may ask, “Why will you not simply give up your Bible class arrangement with women teaching some of those classes if this will produce unity?” This question is extremely valid, but we ultimately must rest upon the basis of the demands of the non-class brethren. They seek to “spy out our liberty which we have in Christ Jesus, that they might bring us into bondage” (Galatians 2:4). Paul had to deal with the Judaizing teachers of his day who tried to force the act of circumcision as a matter of law. The nonclass brethren have made a law where there is no law when they contend that the saints of a congregation must remain in the same assembly when the Bible is being taught. They have bound the place and made the place a matter of right and wrong.

Unfortunately, there is not enough space in this article for a full discussion of authority. However, we will consider a brief analysis. Authority may be established by direct command, an approved (or apostolic) example, or by a necessary inference or conclusion. All authority is either generic or it is specific. Generic authority includes any means of carrying out a command, while specific authority includes only the specified means of carrying out a command. It must be further understood that the means or methods employed to execute such commands must not violate other Bible principles.
For example, Jesus’ command in Matthew 28:19 was to “Go ye therefore, and teach all nations …” The two commands, “go” and “teach,” are both generic in nature. In order to fulfill the command to “go,” one might drive their automobile, walk down the street, or catch a plane. All of these
legitimate means are built into the command to “go.” The command to “teach” works in the same way. Since God did not bind a specific means, we may teach the Bible over the radio, over the television, in the pulpit, or in a bulletin, such as this one. These arrangements are scriptural because of the nature of the command to teach. Since God made the commands general or generic, no one has the right to bind any specific means upon another anyone else.

The failure to consider generic authority can be devastating to non-class brethren. Many of the non-class brethren say that we cannot have Bible classes because the Bible does not say anything about them. But remember that the Bible does not say anything about a songbook, indoor baptistery, or church-owned property either. The same reasoning they use to destroy our Bible classes can be turned on them to destroy what they allow. Are we all wrong? No! Generic authority allows us to fulfill commands with certain expedient means. Why do the non-class brethren try to disallow our Bible classes with arguments based on the authority that they are unwilling to follow themselves?
Specific authority is different than generic authority. Generic authority is inclusive in nature, while specific authority is exclusive in nature. For example, consider the command to sing (Ephesians 5:19; Colossians 3:16). Being exclusive in its nature, we would be wrong if we tried to introduce another kind of music, such as a piano, organ, banjo, or any other musical instrument. God made no provision for playing instruments because it was not included in the command. Therefore, it is sinful to have instrumental music in the assembly because it violates the specific command to sing.

After studying the subject of authority, it is easier to understand the truth about Bible classes. Non-class brethren try to bind the place of teaching the Bible. For instance, if we asked them if they believed it to be scriptural for four families of the same congregation, who lived in four different directions of the building, to have simultaneous classes in their homes under the request of the elders of the church, they would answer “Yes.”

However, if you should move those same classes to the congregation’s building and put them in separate rooms with the same people in each and the same teacher of each group, that would be sinful! What is the difference? Each group and the teacher is still the same. The arrangement is still by the request of the elders. They are still members of the same congregation. They bind the place! It is acceptable to have such an arrangement a block away, but when you put them under the same roof, then all involved in that Bible study will go to hell.

God never has bound the place where the Bible can be taught, the method used when the Bible is taught, or the arrangement in which the Bible can be taught. One only needs to investigate in the book of Acts to find numerous examples where God’s word was taught in different settings and at different times. The Bible was taught in the synagogue of the Jews (Acts 17:2), the school of Tyrannus (Acts 19:9), the banks of a river (Acts 16:13-14), and in a jail cell (Acts 16:25-32). Paul spoke the word of the Lord aboard a ship at sea (Acts 27:21-25). Philip taught the word to the Ethiopian Eunuch in a chariot (Acts 8:26-29). Christians taught in the general assembly of the saints and in their homes (Acts 20:7, 20). These examples clearly show that the place was never bound by the scriptures, and no one can bind the place without being guilty of putting themselves above the authority of God.

After establishing the authority for the church to arrange simultaneous Bible study in classes, let us now turn to the other segment of our discussion. The question is not, “May women teach the word of God?” Titus 2:3-5 and 2 Timothy 2:2 both state that women are to teach. The word “men” in 2 Timothy is the plural of anthropos and is used generally of human beings without regard to sex or nationality. Paul was saying that both faithful men and women are to be teachers of the word of God. Also, the question is not, “Who may the women teach?” First, Titus 2:3-5 plainly teaches that a woman may teach other women: “The aged women … they may teach the young women to be sober, to love their husbands, to love their children, To be discreet, chaste, keepers at home, good, obedient to their own husbands, that the word of God be not blasphemed.” Second, Paul shows that she may teach little children: “But if any widow has children or nephews, let them learn first to shew piety at home, and to requite their parents: for that is good and acceptable before God” (1 Timothy 5:4).

A favorite passage used by non-class brethren to prove that a woman cannot teach in our classes is 1 Timothy 2:12. However, if you will take the time to read the first ten verses of that chapter, it is apparent that Paul is speaking to both men and women in their everyday conduct. He said that women are to be modest in their apparel as “becometh women professing godliness.” There is nothing in the context of vv. 1-15 to indicate that Paul was limiting his instruction to just the assembly of the Lord’s church. In v. 11, he tells the women to “learn in silence with all subjection.” This command is in effect anytime and anyplace. In v. 12, he wrote, “But I suffer not a woman to teach, nor to usurp authority over the man, but to be in silence.”

The question is, “Does Paul mean an absolute statement in v. 12?” From all the evidence considered thus far, the obvious answer is “No!” He is not saying that a woman cannot teach. That should be apparent from all the evidence offered above. If a woman had to absolutely remain quiet, then she could not teach children or other women. This passage is simply stating that a woman may not teach the word of God in any circumstance, whether publicly or privately if her teaching is to be interpreted as teaching “over the man.” That is why she cannot preach in our public assemblies. That is why she cannot teach in some of our classes. That is why we cannot endorse any sister in Christ teaching a class of neighborhood men or preaching in the worship services.

Hopefully, this short discussion has been beneficial in understanding the question of Bible classes and women teachers. Our only desire is that if you have objections to our Bible class arrangement, you will be honest and unbiased enough to reexamine those doubts to discover if they contain the truth.