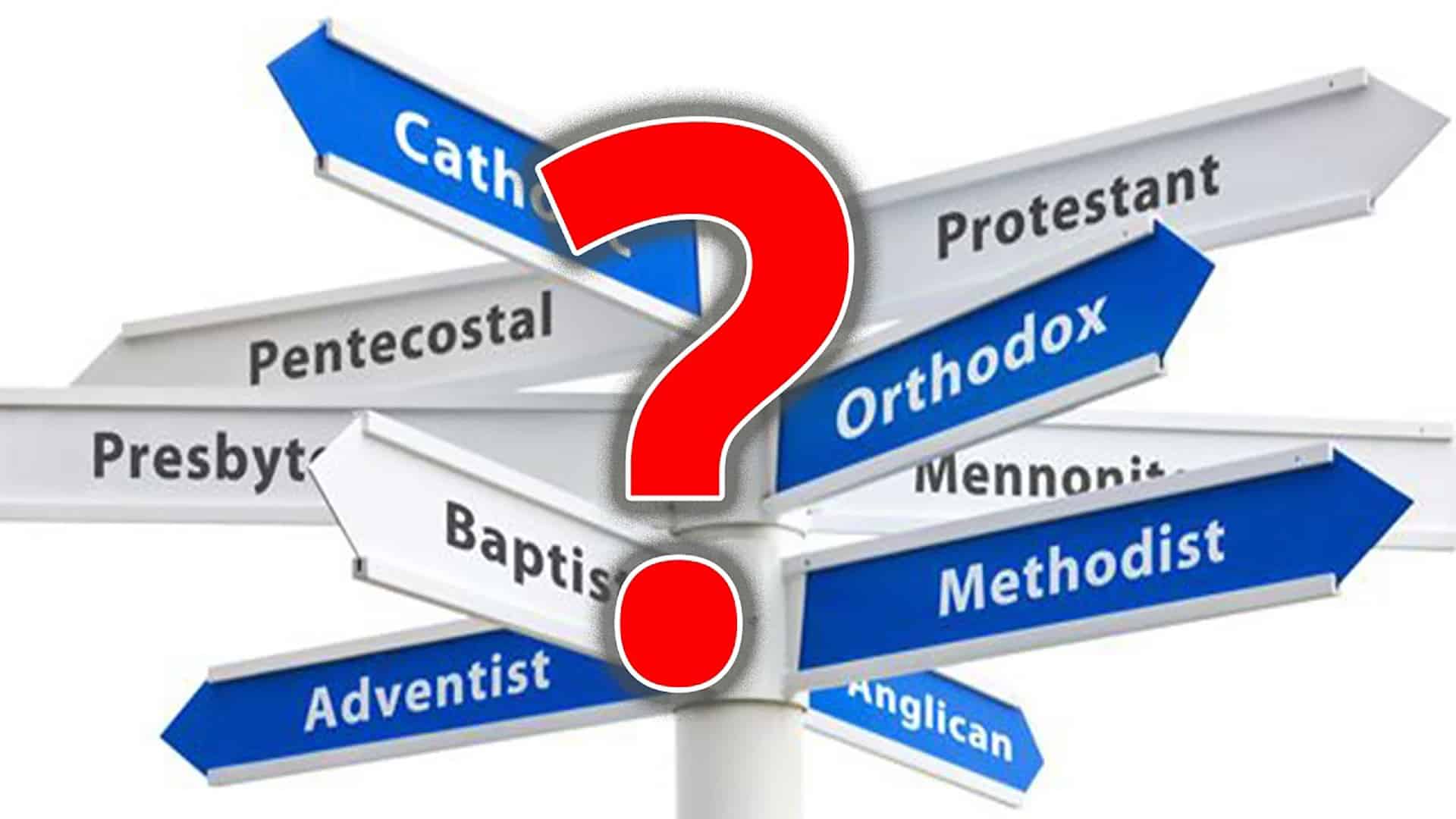 The church of the New Testament, designed by God from eternity, built by Jesus Christ, and set forth in its identity by the Holy Spirit on the pages of New Testament was not then, and is not now, if it exists upon this earth, in any sense a denominational institution. It is distinct and separate from every human institution on earth. This church for which Christ “gave himself” (Ephesians 5:25), and over which He is the only “head” (Ephesians 1:22) and of which He is the saviour (Ephesians 5:23) was planned by the God of heaven in eternity, before time began (Ephesians 3:10-11) and built by Christ according to that plan (Matthew 16:18).

The divine plan calls for a divine relationship (the church) separate and apart from every human plan and arrangement. Men have no right to change a single detail. The religion that is pure and undefiled is from above and human modifications and arrangements adulterate and defile it and make it vain (James 1:27; Matthew 15:7-9). It must remain unspotted from the world, not only in character, but also in name, doctrine, organization, worship and work.

However, its undenominational character must be maintained and it can be done only at the price of eternal vigilance (Acts 20:25-31). Apostasy was imminent even in the first century (2 Thessalonians 2:7). Paul warned against this danger of becoming careless in respect for divine law and authority (1 Timothy 4:1-3; 2 Timothy 4:1-5). In spite of divine warnings, apostasy came and with it sectarianism and denominationalism. The church was corrupted by human organizations and arrangements by which men sought to improve on God’s ways. The apostasy culminated in the development of the Roman Catholic institution that plagues the world even until today and that will continue to do so until the Lord comes again (2 Thessalonians 2:1-12).

When the men of God married wives of Ashdod, their children grew up to speak the language of Ashdod and their identity was imperiled by this corrupted generation. God condemned them (Nehemiah 13:23-24). A corrupted speech has always been evidence of a corrupted people. The language of spiritual Ashdod today among God’s people indicates the peril of lost identity and a complete departure from divine law and authority. It is the earmark of a new denominational body arising from among the churches of Christ. Such a corrupted speech is heard on every hand among brethren. A spirit of “lawlessness” lies at the root of the trouble.

Warnings are in order and they should be given earnest heed lest we let them slip. For as certainly as a corrupted speech is evidence of “the spirit of iniquity already at work,” so along with it comes the corruption of the divine organization, doctrine, worship and work. He that will disrespect the will of the Lord at one point will do so with any point when it suits him (James 2:10). When one breach occurs, there is no way to keep out the flood.

We are hearing a language strange to the people of God in years past when the determination to “speak where the Bible speaks and be silent where it is silent” was so evident in the effort to restore the New Testament church. It is common on every hand in the “high places” among brethren such as “Christian colleges” to hear in use the terms of distinction among brethren that a few years ago would have been quickly condemned. The designation “Doctor” So-and-So is quite popular today. However, it is excused on the ground that such men have reached high educational attainments in the world. But is such to be recognized in the church? Are we to create an educated “clergy” set apart from the rest of the brethren of common and ordinary attainments? Is this in harmony with divine will? Who will affirm it? Yet it is covered up with subterfuge and deceitful hypocrisy and these learned continue to be set apart in the church with complete abandon of both the spirit and teaching of the Christ. He refused all titles of distinction and applause and taught that they should be given only to God (Matthew 19:16-17). He taught His disciples to use no such terms of distinction among themselves and rebuked them when they sought distinctive seats and branded all such as hypocrisy and vain glory (Matthew 23:5-12). Is this instruction of the Lord out of date? Is it not our obligation to respect these instructions? Why then all of this “doctoring” of the great ones among us? Do we not know that in our generation these great men would not have a place to teach in schools supported by Christians (and in many cases unscripturally supported by churches of Christ); indeed, they would not even have a congregation to support them when they preach if it were not for the “undoctored” preachers who made the sacrifices of a generation ago to plant churches and spread the gospel of the Kingdom without any instruction at all except self-instruction?

Great men like J. D. Tant and many others were learned in the word of the Lord and unafraid to preach it. But the more “doctoring” a man gets these days, the less gospel he preaches and the less respect he has for the law of the Lord. Try to call upon him to respect divine law and he will brand you as “simple-minded,” “untrained,” “legalistic,” etc.

How long have the churches of Christ been putting on “campaigns for Christ,” “youth forums,” “youth camps” and “youth rallies”? How many years have “retreats,” “workshops,” “youth revivals” and “women’s meetings” been around? “Youth fellowship” gatherings and “fellowship dinners” are newcomers on the scene also. These all have accompanied other departures that have marked the intermarriage of many of the churches with “spiritual Ashdod” and characterize a generation of spiritual offspring that has lost its identity as the children of God. Rather than “glorying” in such things, we should be “mourning” because of the defiling and corrupting of the Lord’s church.

← Prev: If Denominations Are Okay Then They Exist Without the Authority of Jesus Next: Comfort in Hardship #1 →