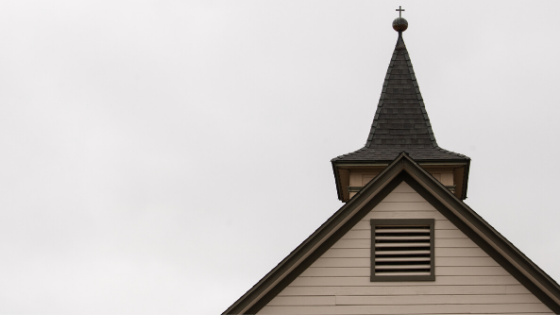 Did Alexander Campbell Start the Church of Christ?

If the church of Christ was started by Alexander Campbell, it has no divine authority or right to exist. Therefore, it will be “rooted up” along with all other churches of human origin (Matthew 15:13). However, the Bible and authentic secular history prove that Campbell did not start the Lord’s church. Many people still call Christians “Campbellites” because of the erroneous idea that Campbell started the “church of Christ” (cp. Romans 16:16). The Lord’s kingdom or church was to be perpetuated by seed — the word of God — and not by “church succession” (Luke 8:11). The seed or word of the Lord cannot be destroyed (Matthew 24:35; John 12:48), therefore the Lord’s kingdom or church cannot be destroyed (2 Samuel 7:12-13; Daniel 2:44-45). However, there are falling away of membership from time to time (2 Thessalonians 2:1-5; 1 Timothy 4:1-5). Where then was the church during the Dark Ages? It was in the seed, the word of God. The Jewish system, based on the Law of Moses, had times of falling away, and even of losing the book of the Law. But, just because Hilkiah found a copy of the Law and insisted it be read and obeyed, does not mean that Hilkiah started the Jewish religion (2 Chronicles 34:14-21).

Peas, over 3,000 years old, were found in King Tut’s tomb and planted in Maine in 1948. Some of the peas sprouted, grew, and produced more peas. If a man buys strawberry seeds, plants them, and they grow and bear fruit, did he originate strawberries? Of course not. So when a man takes the Bible, the seed of the kingdom, plants it in the hearts of others, who then bear fruit, does that mean he originated the kingdom or church that was borne from the seed he planted? Of course not. As corn seed brings forth corn and strawberry seed brings forth strawberries, so does the seed of the gospel bring forth Christians who make up the kingdom or church.

The New Testament seed that was planted after the Reformation period produced the same kind of Christians and churches that it produced when planted by Peter and Paul in the ﬁrst century. Evidence does exist that men and women, who called themselves

Christians, assembled and followed the New Testament pattern for the work and worship of the church that belongs to Christ. For example, there were churches of Christ in England over 100 years before Alexander Campbell was born (1950 Abilene Christian College Bible Lectures, pp. 191-192), and a church of Christ was located at North Yarmouth, Tennessee (near Celina) in 1736, 50 years before Alexander Campbell was born (Gospel Advocate, LXXXI, 693, July 27, 1939). Yes, Alexander Campbell later sowed the same seed that Peter and Paul sowed in the ﬁrst century and the same results took place, but that does not mean that Campbell started the church of Christ any more than the man planting the seed found in King Tut’s tomb originated King Tut peas.

The house of God, which is the church of God (1 Timothy 3:15), was to be established in the “last days” (Isaiah 2:2-3; Micah 4:1-3). The “last days” started after the death of Jesus, the mediator of the New Covenant (Hebrews 8:6-13). The expression “last days” is used ﬁve times in the New Testament (Acts 2:17; 2 Timothy 3:1; Hebrews 1:2; James 5:3; 2 Peter 3:3; cp. “latter times” in 1 Timothy 4:1). Peter proved that we were in the “last days” by connecting the prophecy of Joel with what was currently happening and the Hebrew writer mentioned “last days” by prefacing it with “these,” indicating that the “last days” were current and ongoing, not in some future time near the end of the world.

Furthermore, the church is also referred to as the kingdom (Matthew 16:18-19). The kingdom was to come with power, and the power was to come with the Holy Spirit (Mark 9:1; Acts 1:8). As the kingdom, power, and Holy Spirit were to come at the same time, and as such happened on the ﬁrst Pentecost after the resurrection of Christ, then the kingdom or church was established at that time — not before or after (Acts 2:1-4). Jesus is its king (Acts 2:29-36; 1 Timothy 6:15). What is Jesus king over if not His kingdom? He told people to seek the kingdom (Luke 12:31; cp. Luke 23:50-51). The saints at Colossae and John were said to be in the kingdom, the church (Colossians 1:13; Revelation 1:9). The Hebrew Christians were receiving a kingdom (Hebrews 12:28). Any church started by someone other than Christ, at some other place than Jerusalem, at some other time than the ﬁrst Pentecost after the death and resurrection of Christ cannot be the true church of Christ. Nor does such church belong to Christ.