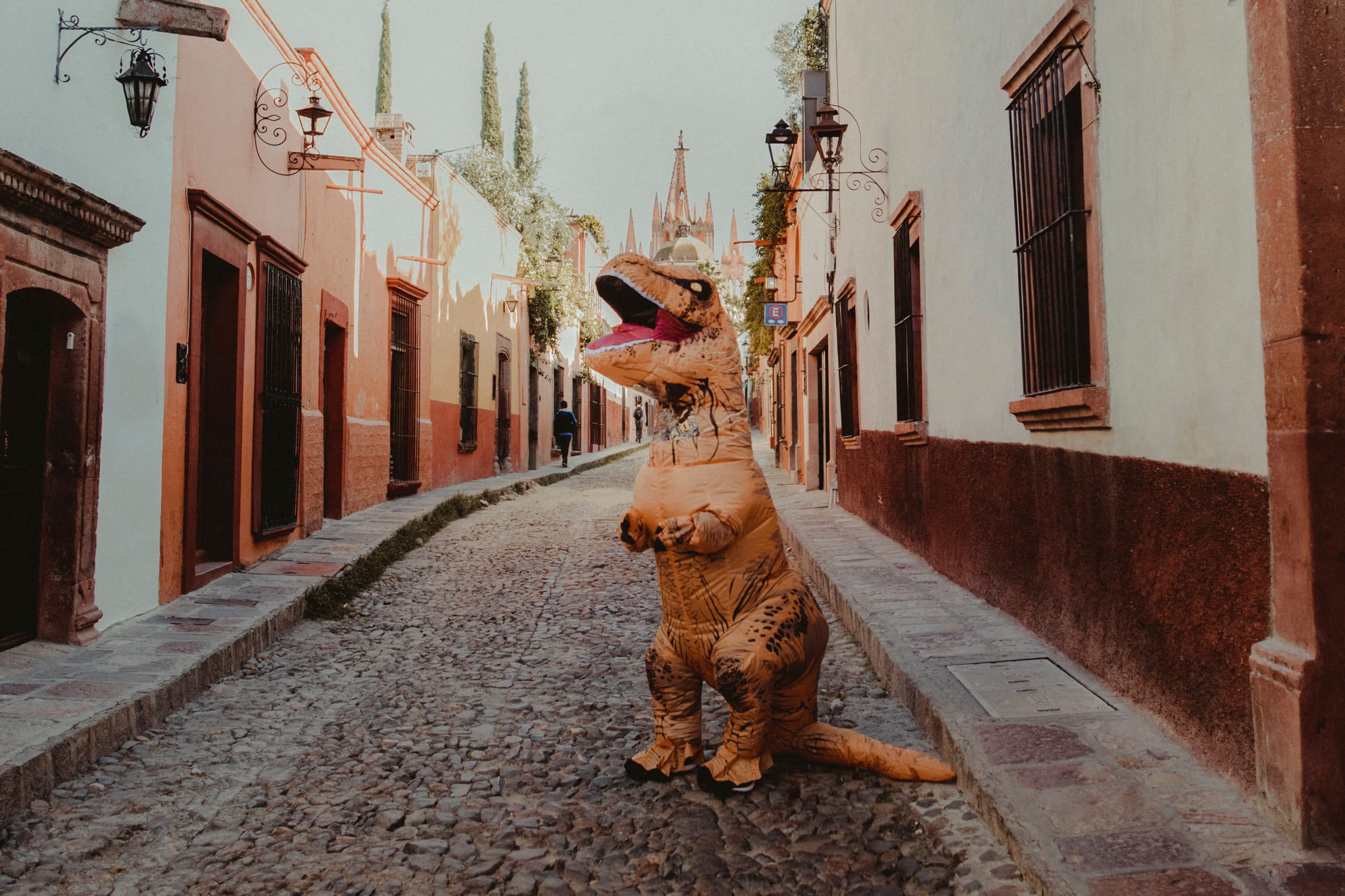 Dinosaurs and the Bible

The modern study of dinosaurs dates back to 1822 in England. At that time, Dr. Gideon Mentell and his wife had a hobby of collecting fossils. While visiting a patient, she happened upon a strange-looking fossilized tooth. After showing it to some friends, it was identiﬁed as the tooth of a rhinoceros. It was later shown to a friend who specialized in iguanas. He said that it looked like an iguana’s tooth, only much larger.

By 1842, enough of these kinds of fossils had been discovered to convince scientists that a whole group of lizard-like reptiles had once lived. The name “dinosaur” was given to them (from the Greek words deinos and sauros — “terribly great lizard”). The word “dinosaur” did not exist until 1842. By then, the King James Version of the Bible was already over 200 years old. The word “dinosaur” is not in our English Bible because the word did not exist until after the Bible had already been translated into English.

Included in these statements is every kind of animal. “Great sea creatures” would include the dinosaurs that lived in the sea. “Beasts” and “everything that creeps on the earth” would include the land dinosaurs. Although now extinct, dinosaurs were a part of God’s original creation.

Job 40:15-24 speaks of a creature called the “behemoth.” God describes this beast as a creature that “eats grass like an ox,” “moves his tail like a cedar,” has “ribs like bars of iron,” and who is not disturbed by a ﬂooding of the river. Some have proposed that this passage is describing a hippopotamus or an elephant, but neither of these animals has a tail like a cedar tree. We do not know the exact identity of this animal, but it certainly ﬁts the description of the large, plant-eating dinosaurs.

Job 41 speaks of another creature called “Leviathan.” This creature has a mouth that is full of terrible teeth and a body that is covered with rows of scales that cannot be penetrated. He is so strong that when he walks the ground crashes. To him, iron is like straw and bronze is like rotting wood. Some have suggested that the Leviathan was just an alligator, but people make a living wrestling alligator. God indicates that this creature cannot be captured or tamed and that those who have tried will never do so again.

Perhaps the most remarkable feature of the Leviathan is found in verses 18-21: “His sneezings ﬂash forth light, and his eyes are like the eyelids of the morning. Out of his mouth go burning lights; sparks of ﬁre shoot out. Smoke goes out of his nostrils, as from a boiling pot and burning rushes.” This sounds like a description of a dragon. While we categorize a ﬁre-breathing dragon as a mythical creature, we should not be so quick to dismiss the possibility that a creature similar to a dragon once existed. Although it is on a much smaller scale, the Bombardier Beetle can emit an explosive blast of chemicals that is almost as hot as boiling water. Perhaps this type of defense mechanism existed on a much larger scale in a now-extinct dinosaur. Also, consider the fact that every culture has a myth concerning dragons. The fact that this “myth” is so wide-spread may be an indication that its origin lies more in fact than in ﬁction.

We know that dinosaurs existed. However, we should not begin to doubt the credibility of the Bible because it may appear to some to be silent about these extinct creatures. Did you know that there are several other animals that are not speciﬁcally mentioned in the Bible? Among them are sharks, jelly ﬁsh, kangaroos and even cats. Why not? Consider this: The Bible was meant to be an account of God’s creation, not a catalog of God’s creation.

Do not let the evolutionist rob you and your children of the joy of studying dinosaurs. They are a part of God’s creation, manifesting His wisdom and creative power.

← Prev: Fighting a Dangerous Trend Next: What About All Those Mistakes? →