Do Souls Still go to Hades at Death?

One brother labors to prove that Hades was emptied of righteous souls and carried to heaven because Jesus entered heaven with His blood to make it possible that sinful ones might be cleansed and enter there. Who disagrees with the fact that Jesus died to cleanse us from sins that we might go to heaven? The brother needs to show from the scriptures that when Christ entered heaven with His blood, IMMEDIATELY doors to heaven were opened to righteous souls who could then enter. I see the assertion; I do not see the proof for it. Certainly sin cannot enter heaven, and God intended that His Son should remove that problem through His blood. But Bible students know that God’s plans may compass millenniums before they are brought to completion. Christ was a Lamb slain from the foundation of the world (1 Pet. 1:20), but it wasn’t until “the fulness of time” — a timetable known only to God — that God sent forth His Son into the world (Gal. 4:4). God intends to destroy the heavens and earth by fire (2 Pet. 3:7), but the earth is still here awaiting the time for fulfillment. This was a time that, when Jesus was on earth, was known only by God (Mt. 24:35-36). Christ paved the way for cleansed souls to enter heaven, but when and in what state? Will the cleansed souls enter heaven without a body or with an immortal, spiritual body?

Do righteous souls still go to Hades to await the resurrection? First, let us look at Revelation, a book highly symbolic but whose symbols still teach truth. Revelation was written to comfort persecuted Christians and to assure them of ultimate victory. What comfort or assurance of victory is there to those who are not affected by it? If righteous souls no longer go to Hades, what comfort is there to them to know Christ has the keys to that state and will ultimately use His keys to release all there?

Furthermore, still in symbols (yet long after the supposed removal from Hades to heaven of all righteous souls), the opening of the seven seals deny it. The first seal Jesus opened pictured one on a white horse who wore a crown, who had a bow, and who came forth conquering and to conquer (Rev. 6:2). We believe this pictures the preaching and success of the gospel. The second seal was opened and a red horse emerged. The one who sat thereon would take peace from the earth so that men would slay one another. He also had a great sword (Rev. 6:4). This pictures the violent opposition that swirled around the preaching of the gospel in the first century. When the third seal was opened (Rev. 6:5-6), a black horse came forth and he that sat thereon had a balance in his hand and voice was heard to say, “A measure of wheat for a shilling, and three measures of barley for a shilling; and the oil and the wine hurt thou not.” This shows the results of the conflict that resulted between the preaching of the gospel and the opposition to it — first by the Jews, and then by Rome itself. Hardship and scarcity of the necessities of life are the picture of the third seal. When the fourth seal was opened (Rev. 6:7-8), a pale horse came forth, whose name was “Death, and Hades followed with him …” The fourth seal shows the greatest price of all: death. There were doubtlessly wicked ones who died in that conflict, but also many righteous ones did also. And who “gobbled” them up? Hades. A picture? Yes. Did it teach a falsehood? Did righteous ones no longer go to Hades at death? The fourth seal pictures them doing so.

Next, righteous souls were still in Hades at Pentecost, forty days after Christ’s resurrection and ten days after His ascension back to the Father (Acts 1:3). Peter preached his sermon with electrifying news: he and his fellow apostles had witnessed an “impossible” feat — Jesus of Nazareth had risen from the dead, ascended into heaven, and been crowned by God “Lord and Christ” (Acts 2:22-36)! To corroborate that testimony of the twelve witnesses, an Old Testament prophecy was offered which predicted the event — a prophecy written 1,000 years earlier. The prophecy came from the pen of David in which he wrote, “I beheld the Lord always before my face; for he is on my right hand, that I should not be moved: therefore my heart was glad and my tongue rejoiced: moreover my flesh also shall dwell in hope; because thou will not leave my soul unto Hades, neither wilt thou give thy Holy One to see corruption …” (Acts 2:25-27; cp. Psalm 16:8-10). Peter showed that David spoke not of himself because David had died, been buried, and his tomb was still there. His corrupted body was undisturbed. He spoke not of himself but of Christ, whose TOMB WAS DISTURBED and emptied, WHOSE BODY HAD NOT been corrupted. Furthermore, the apostle added that David had not ascended into heaven. The soul of Christ had not been left in Hades; it had been united with a spiritual body. Christ ascended into heaven. David did not. David’s soul was and is still in Hades. Again we ask, if Hades was emptied of its righteous souls after Christ’s resurrection and ascension, where is the scripture that says so?

Heaven is a prepared place for those whom Christ loved, died for, and saved (Jn. 14:1-3). He holds the keys of death and Hades (Rev. 1:18), and Christians no longer need to fear death because Christ begat in us a living hope by His resurrection (Heb. 2:14-15; 1 Pet. 1:3-4). Our citizenship is in heaven, not on the earth, for here we are pilgrims and sojourners away from home awaiting the time when Jesus will come again and carry us to the place He has gone to prepare (Heb. 11:13, 16). It is from heaven that we “await a Savior, the Lord Jesus Christ: who shall fashion anew the body of our humiliation, that it may be conformed to the body of his glory …” (Phil. 3:20-21). In short, we will be raised from the dead, given an immortal body, and carried by Him to heaven.

Heaven is important, BECAUSE WHEN JESUS COMES AGAIN, RESURRECTS OUR BODY, AND CARRIES US HOME TO THE PLACE HE HAS PREPARED FOR US, IT WILL BE THE END OF THE WORLD, just as Peter prophesied (2 Pet. 3:10-11).

← Prev: The Beginning of the Church Next: People Will Fool You → 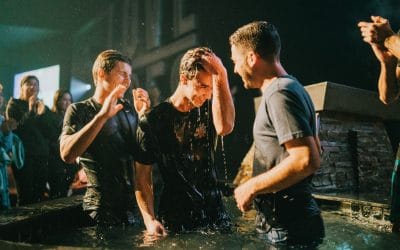 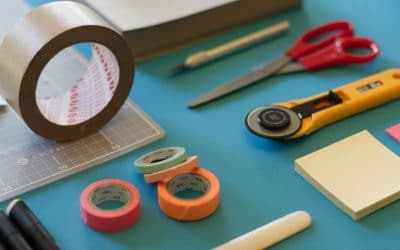 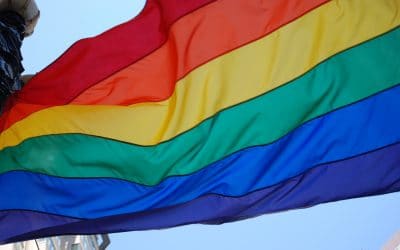 A Facebook meme that I’ve seen several times contains a quote from Jimmy Carter that he made in Business Insider on...