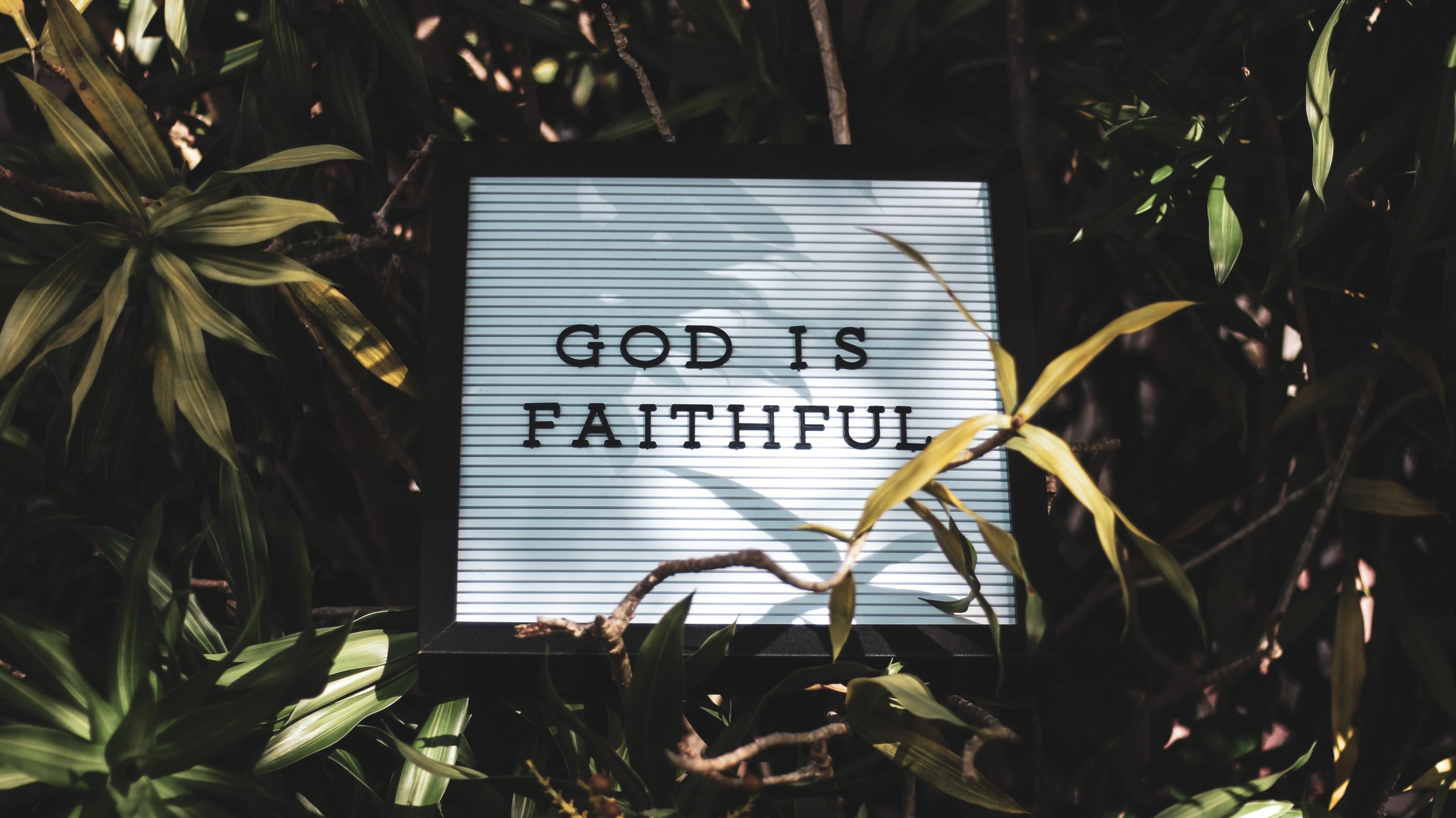 Does God Lose Faith in Us?

In 2010, a movie was released called Legion. In this movie, because of their wickedness, God has made the decision to destroy His creation. Mankind is saved, however, because even though God had lost faith in man, the archangel Michael disobeys and attempts to restore God’s faith. This is not the only a movie in which God gives up on man, but an angel intervenes. Shows and ﬁlms of this nature have become very popular in the world today. Many people look in history to who God and because of this, they judge God as someone who doesn’t care, but is that truly the case?

For we who are Christians, this can be a diﬃcult concept to understand. However, for people in the world, it’s not that diﬃcult. A lot of these explanations of why God loses faith in man is due to man’s reasoning for why God has harsh judgments on His people. However, even in the Old Testament accounts, God never gave up on His people. Isaiah 1:16-17 is an example of this. Isaiah opens up, inspired by God, rebuking Judah for their wickedness, and despite the idolatry, and vain worship of the people, God still tells the people, “Wash yourselves, make yourselves clean; Put away the evil of your doings from before My eyes. Cease to do evil, Learn to do good; Seek justice, Rebuke the oppressor; Defend the fatherless, Plead for the widow.”

God is still wishing to show mercy on His people. Even in the New Testament, over four hundred years later, God still reaches out. Hebrews 13:5 reminds us, “ Let your conduct be without covetousness; be content with such things as you have. For He, Himself has said, “I will never leave you nor forsake you.” Peter conﬁrms this in 2 Peter 3:9 when he says, “The Lord is not slack concerning His promise, as some count slackness, but is long-suﬀering toward us, not willing that any should perish but that all should come to repentance.”

Although God does not give up on man, there will be a time when the wickedness of man will be judged. Matthew chapter 25 tells us about how the wicked and the righteous will be separated, and those who are wicked will be punished for their actions. God does not take any pleasure in this though. Jesus even cries over Jerusalem in Matthew 23:37-39, making it clear, “O Jerusalem, Jerusalem, the one who kills the prophets and stones those who are sent to her! How often I wanted to gather your children together, as a hen gathers her chicks under her wings, but you were not willing! See! Your house is left to you desolate; for I say to you, you shall see Me no more till you say,‘Blessed is He who comes in the name of the Lord!’ ”

Throughout history, God has remained to stretch His hand out to man. He constantly strives to warn His creation of the coming judgment. However, He will have to come again and judge man. The only point God gives up on people if we can call it that, is when man has given up on God. Consider ﬁnally Romans 1:32 that says, “who, knowing the righteous judgment of God, that those who practice such things are deserving of death, not only do the same but also approve of those who practice them.” God will never lose faith in you and will always bring you back, but only if you will strive to come back to Him as well.

← Prev: Cherokee Rite of Passage Next: Politics in the Pulpit →