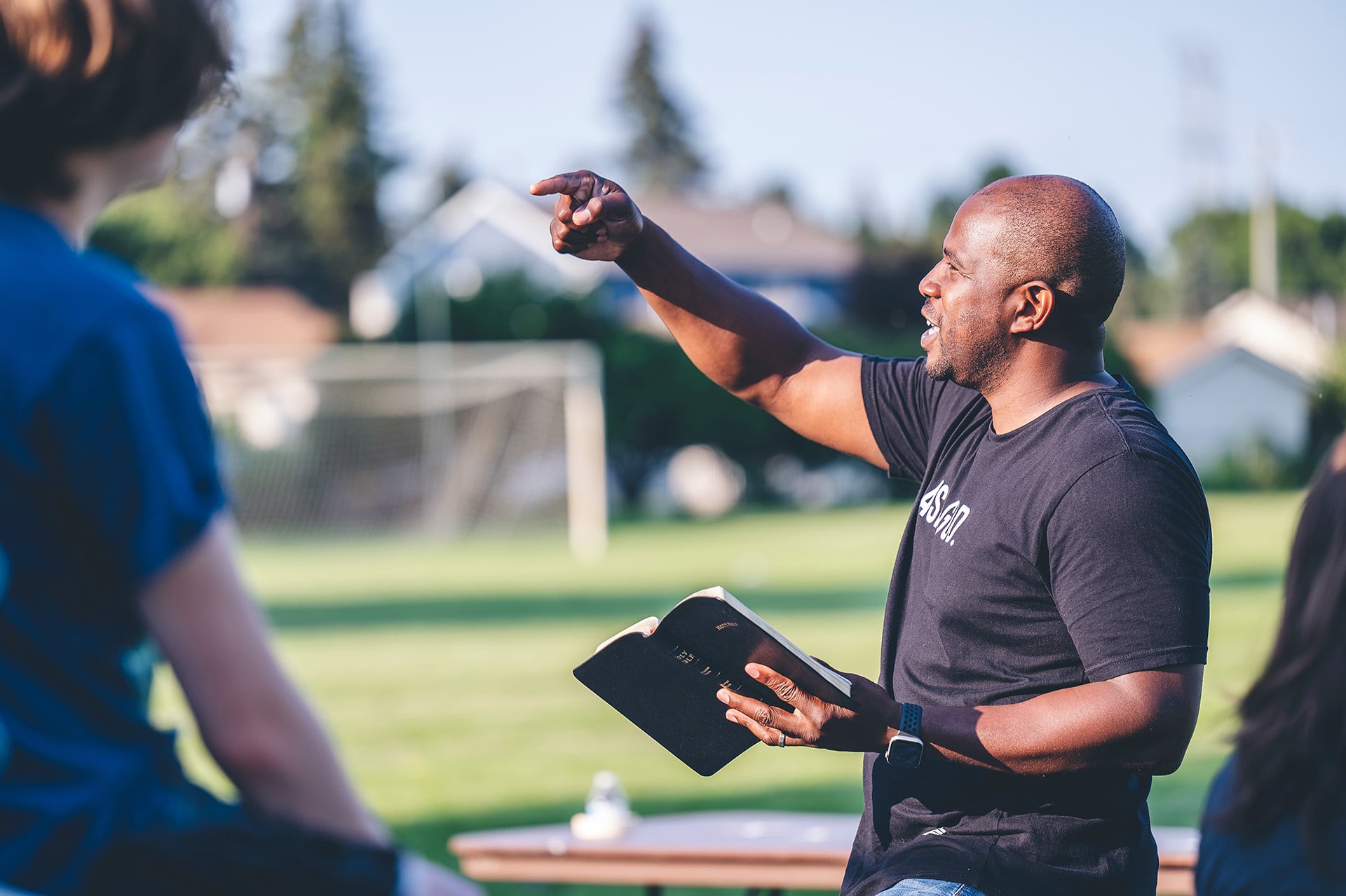 For several years there has been a discussion within the brotherhood as to the relative merits of “hard” preaching in comparison with “persuasive” preaching. By this latter is meant the type of preaching that never refers to a denominational church by name, uses the Dale Carnegie “method of approach” psychology, seeks never to shock or offend anybody, and in general tries to “love” sectarians into Christ rather than to teach them by a stern contrast of truth and error.

Lately, there has grown up a rather definite school of thought in certain sections that a “new era” is dawning among the churches of Christ. In this new and enlightened age, the emphasis is to be put on worship, work, love, and fellowship. The old “doctrinal” emphasis, it is felt, was all wrong. We must seek a new way of winning people to the Lord. Men who emphasize the old “doctrinal” teachings must give way to men who preach “love” and “fellowship.”

Well, we’ve had occasion recently to see some “hard” preaching results close at hand. Down at Lufkin, Texas, the church of Christ has had a daily radio program for many months. The radio stations there (two of them) have put no restrictions on the brethren. In the matter of calling the names of denominational churches and preachers, Roy Cogdill, William Thompson, Jr., and Luther Blackmon have not been at all hesitant. They have read from Baptist manuals, Methodist disciplines, and Catholic Catechisms over the airwaves, telling the people exactly who it was in Lufkin that taught such doctrines. They have referred to these denominational churches by name, and have read the Bible in direct contradiction of the teachings of these churches. Now that is about as “hard” preaching as even the “hardest” among us have ever desired or attempted. So we were grateful to have a chance to weigh the results.

We found the town of Lufkin in a seething ferment because of such preaching. Men on the street corners were discussing the matter; denominational preachers were preaching about it in their pulpits; the Assembly of God “pastor,” after consultation with the other sectarian preachers in town, went on the air over both stations to try to prove that “the so-called church of Christ was started by Alexander Campbell after he had been withdrawn from by the Baptists.” He warned all denominational people to stay away from the services of the church of Christ, and to ask their “pastors” rather than those “hard” preachers any questions they might have in mind as a result of the sermons of “these Campbellites.”

And the result? In about one year’s time, something like a hundred people from denominational churches became obedient to the gospel of Christ. The Lufkin church has held eight gospel meetings within the town and its immediate environs within that year, most of them being conducted by local preachers. These people who have been baptized into Christ are taught; they have not “cast their lot with the church of Christ” because they were friendly with the local preacher nor because they enjoyed the “fellowship” of members of the church. They are Christians because of a deep and overwhelming conviction of the truth as it is taught in the New Testament.

We merely cite this as a case in point. We believe there is ample evidence from all over the world to show that the preaching that is truly effective is “doctrinal” always, all ways, and forever!

Note by Jarrod M. Jacobs: The previous article was written in The Gospel Guardian by Fanning Yater Tant on May 26, 1949. He makes some excellent points. In fact, as I read this article, I wondered if some of these compromisers brother Tant talked about were still alive. Certainly, the attitude of softness has not died. It was evident during Bible days, as it is evident today. Why? What is it that makes people so nervous or upset when the truth is preached and error is rebuked and renounced (Ephesians 5:17; 2 Timothy 4:2)? I have a few ideas:

Whatever the case may be, it is a sad day for God’s people when we see Christians who don’t want to hear all the truth preached. Don’t mistake compromise for love. The love that Christ has for men is that which looks out for their best interests. Yes, Christ suffered, endured ridicule, pain, and then died on the cross for sins (Matthew 27; Mark 15; Luke 23; John 19). He did so willingly.

He was also the One who cleansed the Temple and drove out the moneychangers on two occasions (John 2; Matthew 21). He called the scribes and Pharisees exactly what they were — hypocrites (Matthew 23). He warned His apostles specifically about the Pharisees and Sadducees, telling them to beware of their doctrine (Matthew 16:6-12).

The motivation for all that Christ did was love — love for lost souls (Luke 19:10). We can’t say we truly love anyone if we get nervous or embarrassed at the thought of them hearing all of the truth of God’s Word preached from the pulpit, radio, bulletin, or online.

Examine yourself and see if you truly want the truth preached, proclaimed, and promoted here. Don’t be satisfied to hear “part” of the truth, or just the portions that make us comfortable. Demand to hear “all things” commanded by God (Acts 10:33). Paul said, “I am not ashamed …” (Romans 1:16). Are you?

← Prev: Giving Your Body What It Needs Next: Doctrines That Deny the Work Jesus Finished →