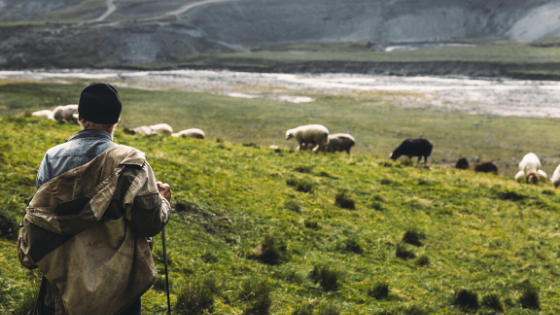 The task of shepherding is not easy. Growing up in cattle country, my meager knowledge of sheep and shepherding largely came from biblical illustrations that used them to describe both members of the Lord’s ﬂock, and those who cared and provided for, watched over, protected, and sought to ﬁnd and return the straying ones. After having been a sheep for roughly four decades, and having served as a shepherd also, I’d ask that you please consider the title in conjunction with these questions carefully. Does shepherding sheep mean …

Having to convince them they are sheep rather than goats? Even straying sheep are still “sheep.” Second Thessalonians 3:14-15 says, “And if anyone does not obey our instruction in this letter, take special note of that man and do not associate with him, so that he may be put to shame. And yet do not regard him as an enemy, but admonish him as a brother.” It shouldn’t, but it will.

Having to persuade them to want to be sheep rather than goats? Desire is always the heart of the matter. Sheep shouldn’t, but often want to (still) be goats. This is despite the ultimate destiny of each: “And He will put the sheep on His right … inherit the kingdom prepared for you from the foundation of the world … into eternal life” (Matthew 25:33-34, 46); “And the goats on the left … Depart from me, accursed ones, into the eternal ﬁre which has been prepared for the devil and his angels … into eternal punishment” (Matthew 25:33, 41, 46). It shouldn’t, but it will.

Having to get them to act like sheep rather than goats? Review the previous paragraph and then realize that typically we do want we want. If we act like goats, it is because we want to be goats — and God will treat us as such. James 4:1-4 says, “… Therefore whoever wishes to be a friend of the world makes himself an enemy of God.” It shouldn’t, but it will.

Having to ﬁnd them when they run away from the sheep to be with the goats? Yes. Luke 15:4 says, “What man among, if he has a hundred sheep and has lost one of them, does not leave the ninety-nine in the open pasture, and go after the one which was lost, until he ﬁnds it?” Though this parable doesn’t really address how the sheep came to be lost, it really doesn’t matter — it is lost! It shouldn’t, but it will.

Having to feed them green pastures when they prefer goat grub? Remember, goats will eat pretty much anything, and be happy doing so — sheep are (and should be) much more particular. Paul wrote, “For the time will come when they will not endure sound doctrine; but wanting to have their ears tickled, they will accumulate for themselves teachers in accordance with their own desires; and will turn away their ears from the truth, and will turn aside to myths” (2 Timothy 4:3-4). It shouldn’t, but it will.

Having to lead them to still waters when they prefer the excitement of rapids? Though the beneﬁts are overwhelming and obvious, it’s usually a tough job because, sadly, they’ve fallen prey to “the passing pleasures of sin” (Hebrews 11:25). It shouldn’t, but it will.

Having to restore them to the safety of the fold when they desire the danger of the open ﬁeld? A sheep alone in the open pasture is an easy target — even for a roaring lion (1 Peter 5:8). It shouldn’t, but it will.

Having to tell them about the wolf when they say there is no wolf? We’ve been warned that it will happen: “I know that after my departure savage wolves will come in among you, not sparing the ﬂock; and from among your own selves men will arise, speaking perverse things, to draw away disciples after them” (Acts 20:29-30; cp. Romans 16:18). It shouldn’t, but it will.

Having to… There are many others that could be added, but perhaps these will sufﬁce to make a couple of points. First, we sheep can make the shepherd’s job one of joy and happiness, or grief and heartbreak (Hebrews 13:17). Strive for the former by doing what the verse says! Second, shepherds, you shouldn’t have to do many of these tasks, but you will, and it will be worth it both now and forever (Luke 15:5-7)!

← Prev: Did Alexander Campbell Start the Church of Christ? Next: Why do We Follow Christ? →