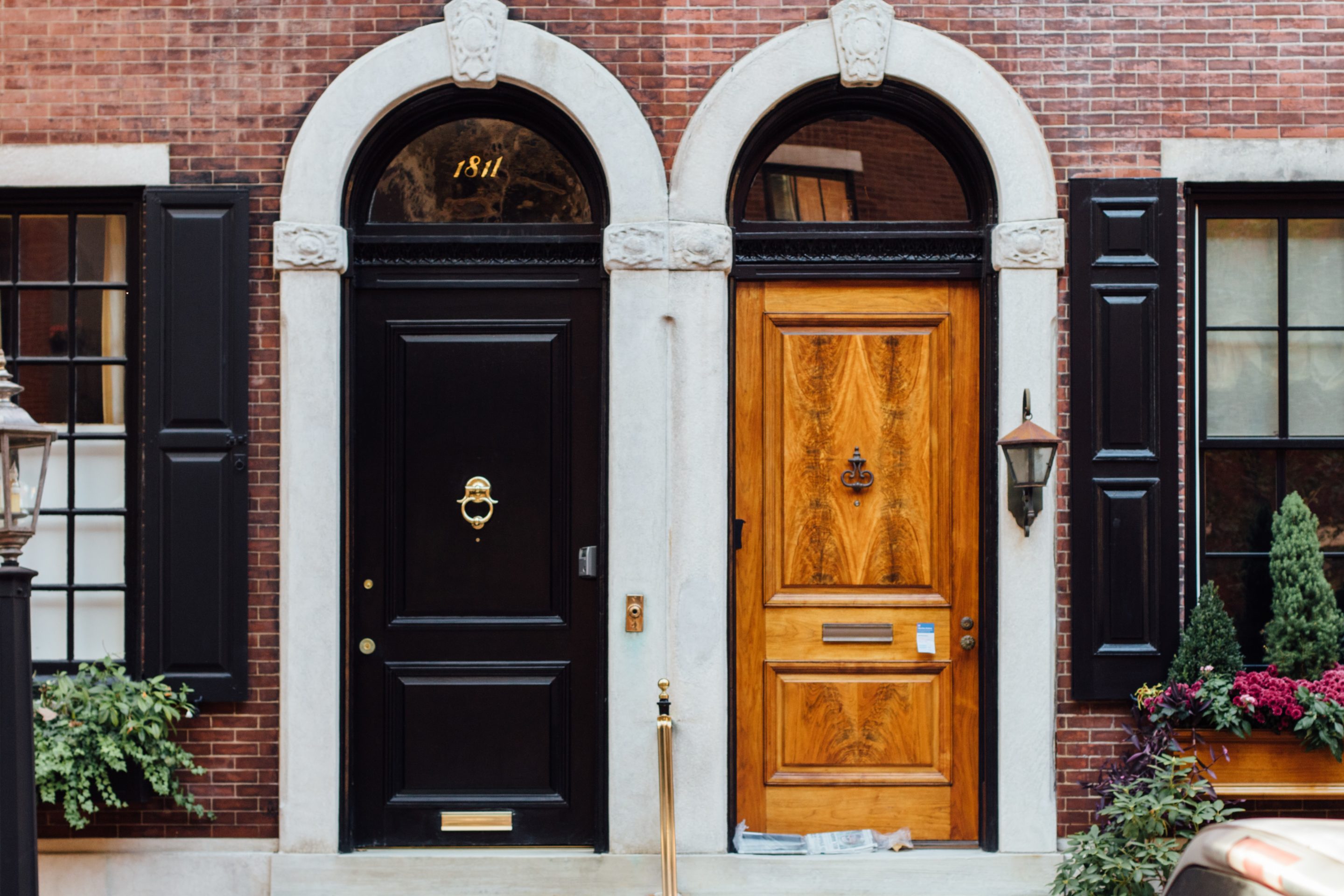 There are several open doors mentioned in the New Testament. Paul said that before he came to the Corinthians by way of Macedonia, he would stay in Ephesus, “For a great door and eﬀectual is opened unto me, and there are many adversaries” (1 Corinthians 16:9). In 2 Corinthians 2:12, he proclaimed that he came to Troas “… to preach Christ’s gospel, and a door was opened unto me of the Lord.” While in prison, sensing that he would be eventually released, he told the Colossians, “Withal praying also for us, that God would open unto us a door of utterance, to speak the mystery of Christ, for which I am also in bonds” (4:3). Even though Paul was in hard circumstances, it’s very uplifting to experience his optimism over future opportunities to do what he knew was so important.

In Revelation 3:20, among the most severe letter to the seven churches of Asia, Christ appealed to the Laodiceans with the imagery of a door: “Behold, I stand at the door, and knock: if any man hear my voice, and open the door, I will come into him and will sup with him, and he with me.” We might give up on people who were so far away from the truth, but Christ invited them to change. I don’t know about you, but it makes goosebumps appear on the arms and tears well up in the eyes when I think about the inexhaustible grace of God in the face of our sins. Don’t waste the opportunity that’s extended to you. God wants to “reason together, saith the Lord: though your sins are as scarlet, they shall be as white as snow; though they are red like crimson, they shall be as wool” (Isaiah 1:18). All it takes is someone who is “willing and obedient” (v. 19).

After you have put on Christ through baptism (Galatians 3:27), you will take the opportunity to fulﬁll your calling with Christ. This calling includes growing closer to Christ and with fellow Christians. If that does not happen, the Bible has several passages that demonstrate a Christian can fall away. Perhaps the most well-known is Hebrews 3:12-13: “Take heed, brethren, lest there be in any of you an evil heart of unbelief, in departing from the living God. But exhort one another daily, while it is called today; lest any of you be hardened through the deceitfulness of sin.” The entire book of Hebrews is written for Christians who were in danger of leaving the faith.

Other New Testament writers, such as Peter, also teach the possibility of apostasy (2 Peter 2:20-21). Paul not only could identify those who had turned from faithfulness in Christ (1 Timothy 1::18-20; 2 Timothy 2:16-18; 4:10), but he felt as though he could have missed the mark and left the faith (“I myself should be a castaway,” 1 Corinthians 9:27). So many denominations who advocate the “once saved, always saved” doctrine point to passages like 1 Peter 1:3-5 which declares that our inheritance is “incorruptible, and undeﬁled, and that fadeth not away” and that we are “kept by the power of God” from falling away. But from a straightforward reading, it’s easily seen that a Christian can commit apostasy.

So take your open doors of opportunity to obey and then stand in the magniﬁcent, soul-saving grace of the gospel of Christ.

← Prev: Understanding Salvation Next: “Is the Seed Yet in the Barn?” →