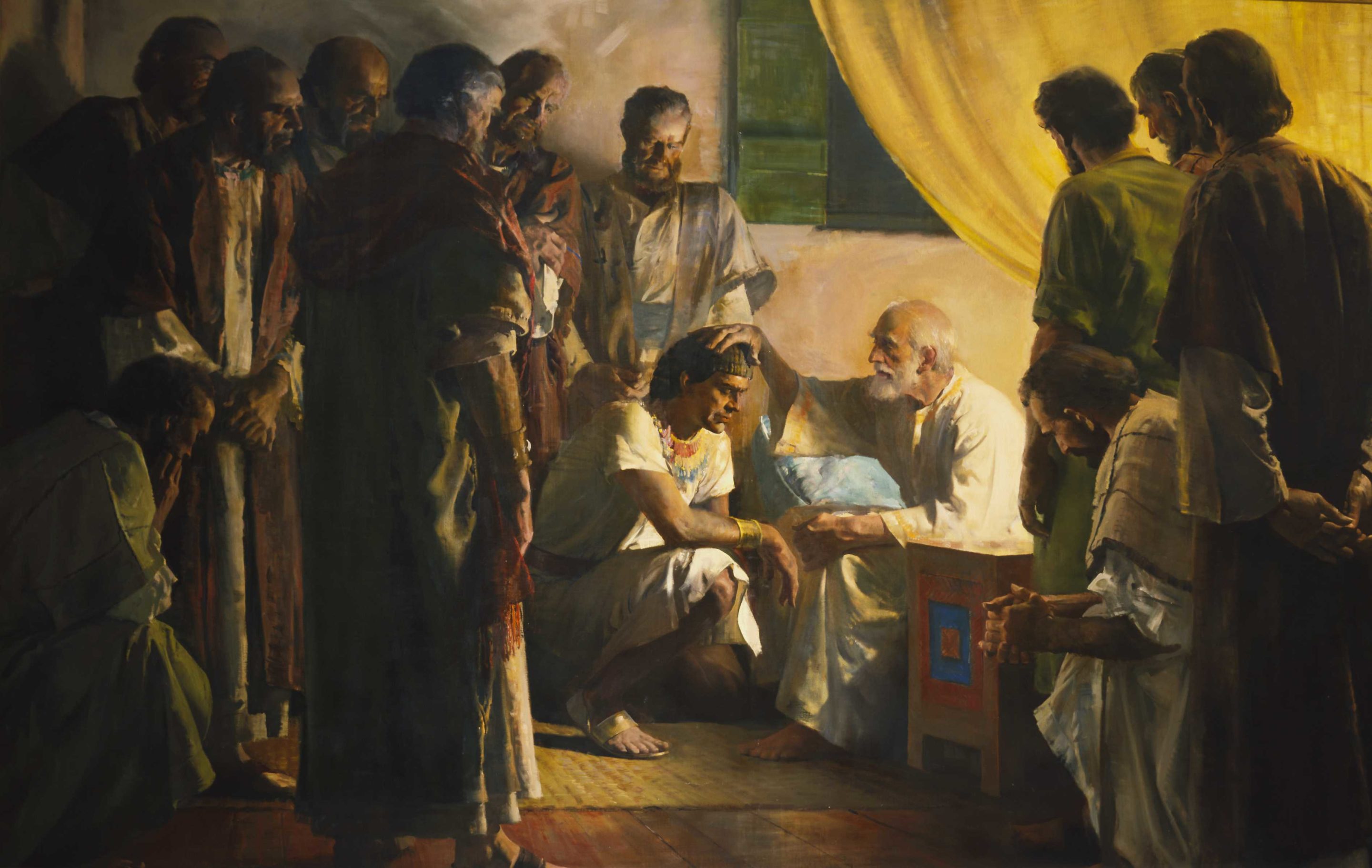 The time of death was near and Jacob was conscious of its eminence. He called all his sons to his bed that he might bless each of them. Of Judah, his fourth son, he said: “Judah, thee shall thy brethren praise. Thy hand shall be on the neck of thine enemies; thy father’s sons shall bow down before thee. Judah is a lion’s whelp; From the prey, my son, thou art went up; he stooped down, he couched as a lion, and as a lioness; who shall rouse him up. The scepter shall not depart from Judah, nor the ruler’s staff from beneath his feet, until Shiloh come; and unto him shall the obedience of the people be” (Gen. 49:8-9).

Jacob’s blessing for Judah came about seventeen years after he and his family had entered into Egypt. Judah’s family was still small, indeed, and the prediction of the future eminence of Judah among his brethren was significant. Clearly Jacob predicted that Judah would exercise rule over his brethren which prediction ultimately came to pass. That was significant within itself but more significant than that were his words: “The scepter shall not depart from Judah, nor the ruler’s staff from beneath his feet until Shiloh come; and unto him shall the obedience of the people be.” This portion of the prophecy has long been recognized and regarded as a reference to the Messiah to whom in later years Judah would so ardently long for.

“Shiloh” has been variously understood. There was a place called Shiloh, a gathering place for the tribes, but the blessing seems rather refer to a person, not to a place. Definition of the word is not clear; some consider the word to mean: “the Pacificator, the Rest-giver, the Tranquilizer, the Peace” while others regard the meaning to be “he to whom it (ie, the scepter) belongs.” Either of these means may appropriately be applied to Jesus. He is the “rest-giver; the peace” and the scepter does belong to Him.

The prophecy tells us that Judah would be regarded as the leader among his brethren and people until he came unto whom the scepter truly belonged; he who would give peace to his people. This prophecy was made 1,700 years before the birth of Christ yet it pictured him so clearly! Truly, prophecy is the most remarkable way through which God establishes the veracity of his Word!

← Prev: “If Thy Brother Shall Trespass …” Next: Fields White Unto Harvest →