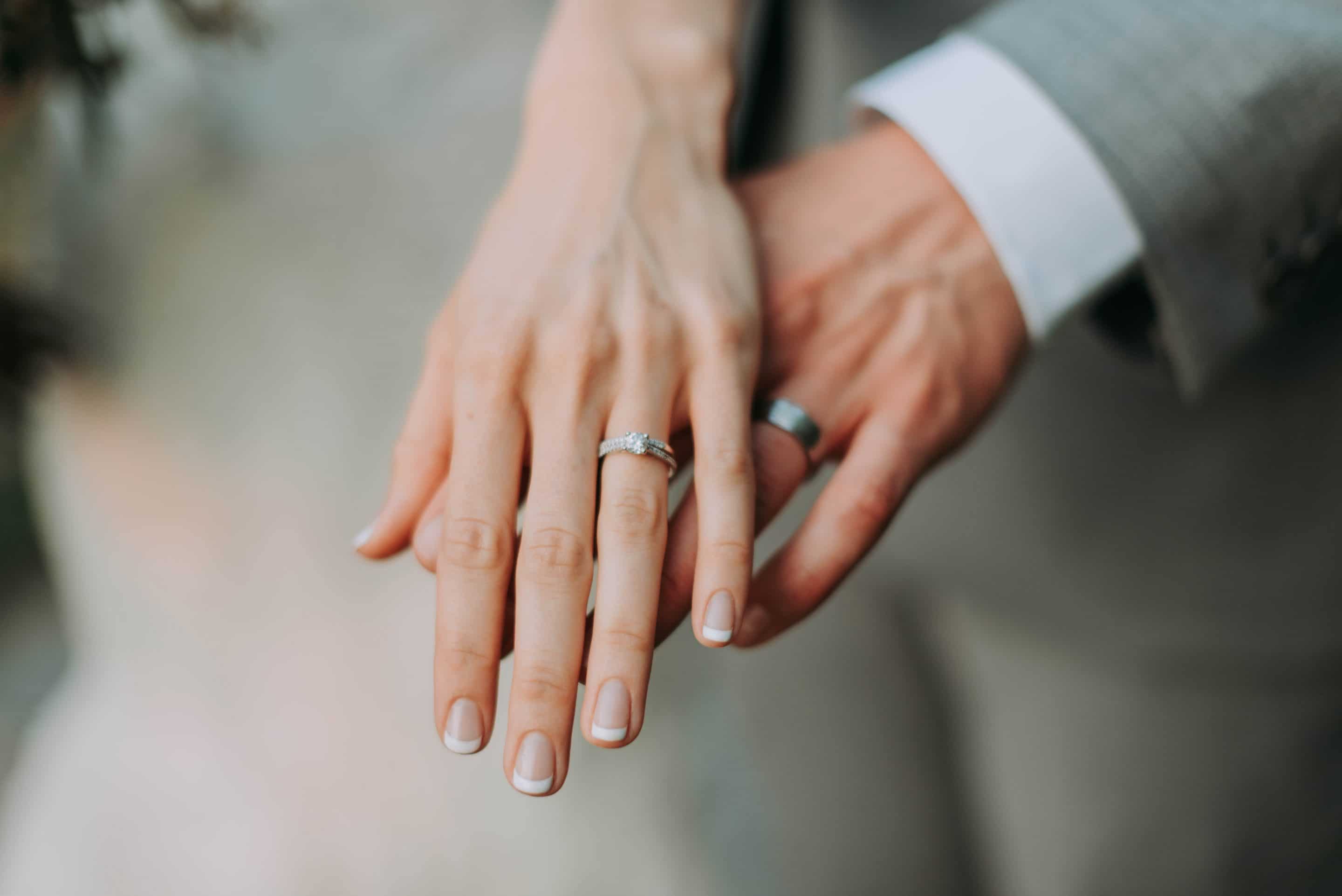 Many today marry, divorce, and remarry without considering God’s law. In fact, statistics show that about 40 to 50 percent of married couples in the United States divorce and the percentage increases in the number of times you have been married. Even among brethren, this seems to be a dividing issue. When God’s law is simple and is clearly revealed within His Word, there should be no question on this, and that’s what I want to discuss today.

First, let’s lay out what is God’s law concerning marriage. From the very beginning, His law involves one man and one woman for life.

Genesis 2:18-24 — When no suitable companion is found among all the living beings, God fashions a woman from the man’s own ﬂesh. The text highlights the sense of oneness that exists between man and the woman. Adam joyfully proclaims, “This, at last, is bone of my bones and ﬂesh of my ﬂesh.” This sentence and the story of Eve’s creation both make the point that marriage creates the closest of all human relationships. It is also important to observe that God creates only one Eve for Adam, not several Eves or another Adam. This points to heterosexual monogamy as the divine pattern for marriage that God established at creation. Moreover, the kinship between husband and wife creates obligations that override even one’s duty to one’s parents. Paul’s teaching on marriage in Ephesians 5:25-32 is founded on this text. The sense of being made for each other is further reﬂected in a wordplay involving the terms “man” and “woman”.

Matthew 19:3-6 — There was a huge division among the Jews on this matter, which is why they tried to trap Jesus in taking aside. According to the Mishnah Gittin 9:10, it says “that a man may not divorce his wife unless he has found unchastity in her.” The school of Shammai says that a man may divorce her even if she spilled a dish for him and the Rabbi Akiba says that he may divorce her even if he “found another fairer than she.” Jesus’ words in v. 6 implies that marriage is not merely a human agreement, but a relationship in which God changes the status of a man and woman from being single to being married. From the moment they are married, they are uniﬁed in a mysterious way that belongs to no other human relationship, having all the God-given rights and responsibilities of marriage that they did not have before. Jesus avoids the Pharisaic argument about reasons for divorce and goes back to the beginning of creation to demonstrate God’s intention for the institution of marriage. It is to be a permanent bond between a man and a woman that joins them into one new union.

Marriage Is for Holiness, Not Happiness

Perhaps the problem we face in modern marriages is as old as our nation. We have all been taught since our school days, as the words of the Declaration of Independence say, we “hold these truths to be self-evident, that all men are created equal, that they are endowed by their Creator with certain unalienable Rights, that among these are Life, Liberty, and the pursuit of Happiness.” The pursuit of happiness is an inalienable right in our American culture. I am sure the founding fathers meant well by this statement. I am also sure they had no idea to what end this concept would be taken. Today, happiness seems to be the end-all-be-all of pursuits. In our society, if something does not make us happy, that is reason enough to quit, whether we are talking about a career, social club, church, or even marriage. Many a married person has dispensed with God’s revealed Word and when questioned responded, “God wants me to be happy.”

We, however, need to remember that the pursuit of happiness is our inalienable right came from the Declaration of Independence, not the Bible. Thomas Jefferson wrote those words, not God. While the Bible clearly teaches that happiness, blessedness, and joy are the byproducts of a faithful life, not one verse in the Bible teaches that God’s goal for us is happiness. Nor is there a single verse that says the pursuit of our life is the pursuit of happiness. God is not so concerned with pursuing happiness as He is with pursuing holiness. In 1 Peter 1:14-16, God demonstrates that our main pursuit is to be holy as God is holy. Interestingly enough, as we achieve holiness, we will gain happiness. But in that pursuit, we will experience numerous things that are not joyful. For instance, Psalm 94:12 says the man whom the Lord chastens is blessed or happy. Yet Hebrews 12:11 says for the moment, discipline seems not to be joyful. Happiness is the ultimate result, even though we may go through unhappy moments.

You base your marriage on that promise you made before God, not on whether you are pleased with your marriage. Recall God’s teaching about vows in Ecclesiastes 5:4-7. It is better that you never vow your hand in marriage, than to vow your hand and then someday say to God, “It was a mistake. It no longer pleases me.” We must be people of our word and keep our marriage promises.

Sadly, most people enter marriage thinking about what they can get out of it. Ephesians 5:22-33 is almost always misread today. In fact, I believe that many of our modern problems are the result of the misuse of this passage. Male-dominated western culture used this passage to justify inequity between the genders. Instead of reading this passage with its truest intent, men used this passage to assert their rights and their desires. As time has gone on, women, recognizing the inequity, have thrown off the shackles of a male-dominated society and have equally lost the meaning in this chapter.

Marriage Is Held Together by Commitment, Not Fulﬁllment

We are a feelings-driven society. As such, we have learned to glorify emotionalism, coming up with a vocabulary that ennobles our feelings. Therefore, as we try to make our views of marriage seem nobler, we talk about fulﬁllment. We ask is your marriage fulﬁlling? Is your relationship with your husband or your wife meaningful, enriching, and fulﬁlling? After all, how dreadful it would be if we are feeling unfulﬁlled in our marriages! But in the end, this is just a fancy way of saying I am not getting what I want out of marriage. This is nothing more than dressed-up selﬁshness. Pop psychology would suggest that when we make marriages meaningful, enriching, and fulﬁlling, then they will last.

← Prev: Abundant Life Church Advertisement Next: Standing in the Truth → 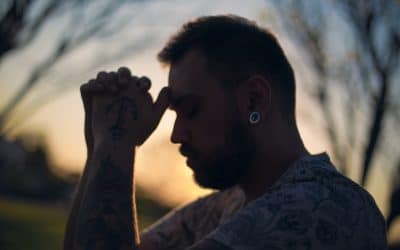 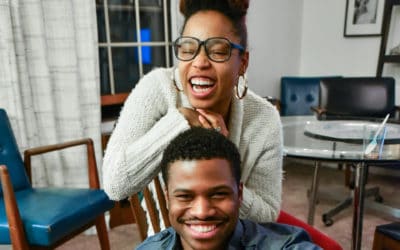 Blessed are the husband and wife who continue to be affectionate, considerate, and loving all the days of their life... 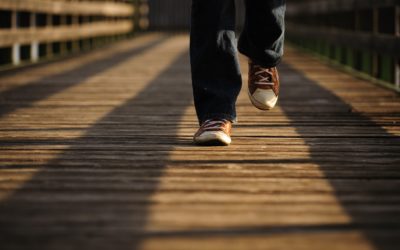 Even though our surroundings in this world have been marred by the sins we have committed, God has made it possible...