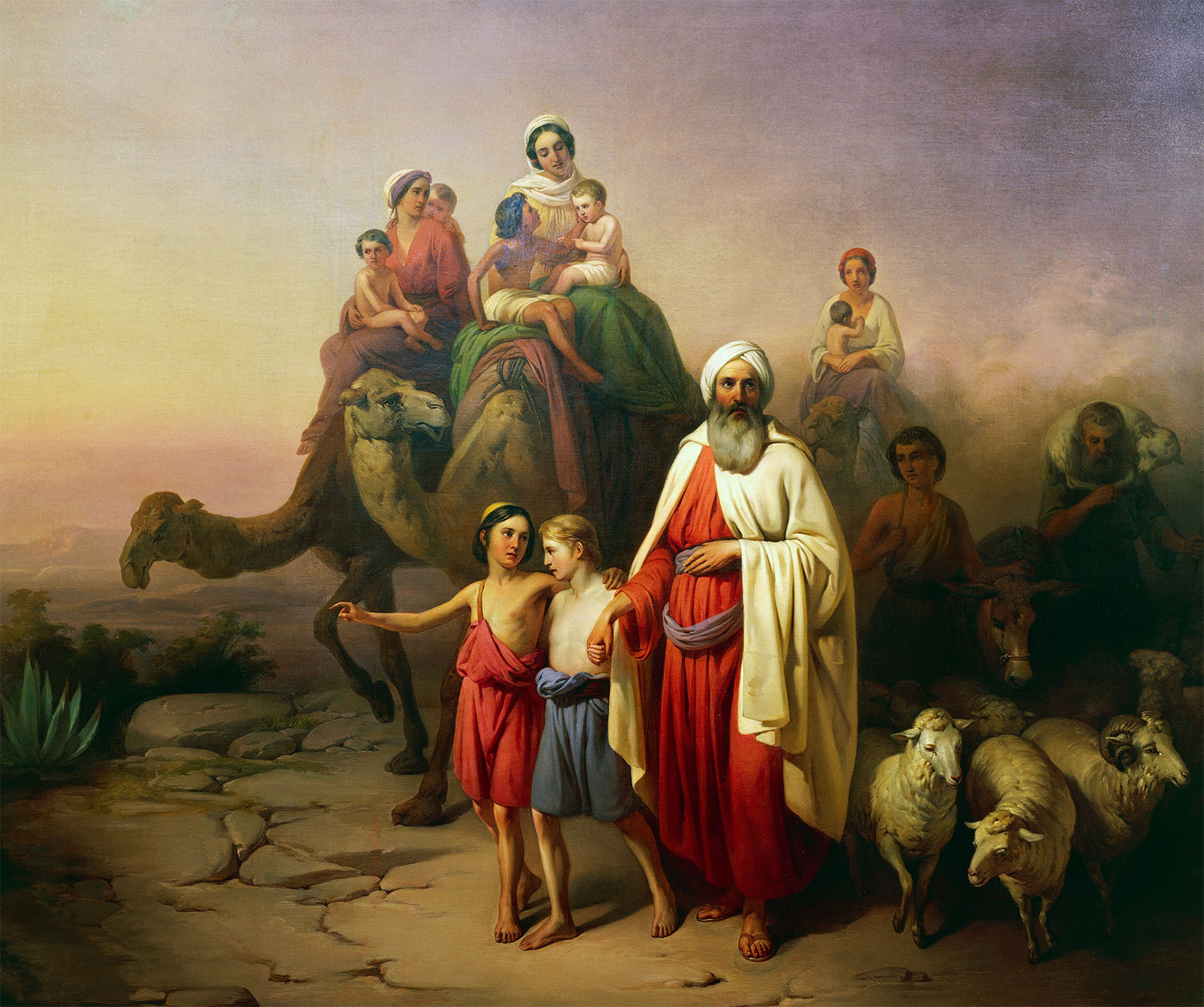 A number of prophecies were given before any book of the Old Testament was written. One of those was given Abraham long before any children had been born to him, but after he had received and obeyed God’s call to go into a land He would show him. Four hundred years later Moses recorded this significant prophecy. God said, “Know of a surety that thy seed shall be sojourners in a land that is not theirs, and shall serve them; and they shall afflict them four hundred years; and also that nation, whom they shall serve, will I judge; and afterward shall they come out with great substance. But thou shalt go to thy fathers in peace; thou shall be buried n a good old age. And in the fourth generation they shall come hither again for the iniquity of the Amorite is not full” (Genesis 15:13-16).

The complete fulfillment of this prophecy occurred when the Israelites departed from Egypt, led by Moses and then Joshua conquered Canaan and divided to the various tribes their inheritance. But this had been In process of completion from the time God gave the promise to Abraham. Paul wrote of this time frame, citing God’s promise to bless all nations of the earth through Abraham’s seed, then saying, “Now this I say that a covenant confirmed beforehand by God, the law which came four hundred and thirty years afterward, doth not disannul so as to make the promise of none effect” (Gal. 3:16-17). God’s call of Abraham first occurred while he dwelled in Ur of Chaldees (Acts 7:2-3), but whether the promise that all nations would be blessed in him was part of that initial call Stephen did not say. Leaving Ur, Abraham traveled to Haran and lived there until his father had died. God then called him to leave Haran for the place God would show him. Included in that call was not only the promise of a son, but the promise to bless all nations through his seed, the promise Paul referenced in Galatians 3:17. The prophecy recorded in Genesis 15 occurred before the birth of Ishmael, who was 13 years older than Isaac and fits well in the 430 years Paul wrote of and the 400 years of the prophecy in Genesis 15.

God told Abraham that his seed would be given the land of Canaan (Gen. 15:7). Actual possession of Canaan did not occur for over 400 years: the “iniquity of Amorites was not yet full” (Gen. 15:16). Abraham’s seed would “sojourn in a land that is not theirs” — a reference to the land of Egypt. God’s providence is seen in the life of Joseph. Joseph suffered grievously from his brethren’s hands, but God had a purpose in it. When Joseph later revealed himself to his brethren as they came to Egypt to buy grain, he knew they would fear for their lives because of the evil things they had done to him. He allayed their fears with this assurance: “Be not grieved, nor angry with yourselves that ye sold me hither: for God did send me before you to preserve life” (Gen. 45:15).

But when their father was dead, fears of Joseph’s retribution to them emerged once more and they fell on their faces before him and begged his forgiveness. Joseph showed his magnanimous heart. He said, “Fear not. Am I in the place of God? And as for you, ye meant evil against me, but God meant it for good … I will nourish you and your little ones” (Gen. 50:15-21). The move of Jacob’s family to Egypt was part of God’s plans in fulfillment of His prophecy to Abraham. Jacob was leaving Canaan but went to Beersheba where he worshipped God. God spoke in a vision to him saying, “I am God, the God of thy father: fear not to go down into Egypt; for I will there make of thee a great nation; I will go with thee in Egypt; and I will surely bring thee up again” (Gen. 46:35). Jacob did go to Egypt where he died. But according to his command, his sons carried his body back to Canaan and buried him in Abraham’s ancestral “cave-tomb” (Gen. 49:29-32; 50:12-13).

God had kept His word. Abraham’s seed was in a land not their own where they would become a great nation. And Jacob, just as God had promised, was brought up again to Canaan.

← Prev: God's Plan for Man Next: Four Truths About Man →