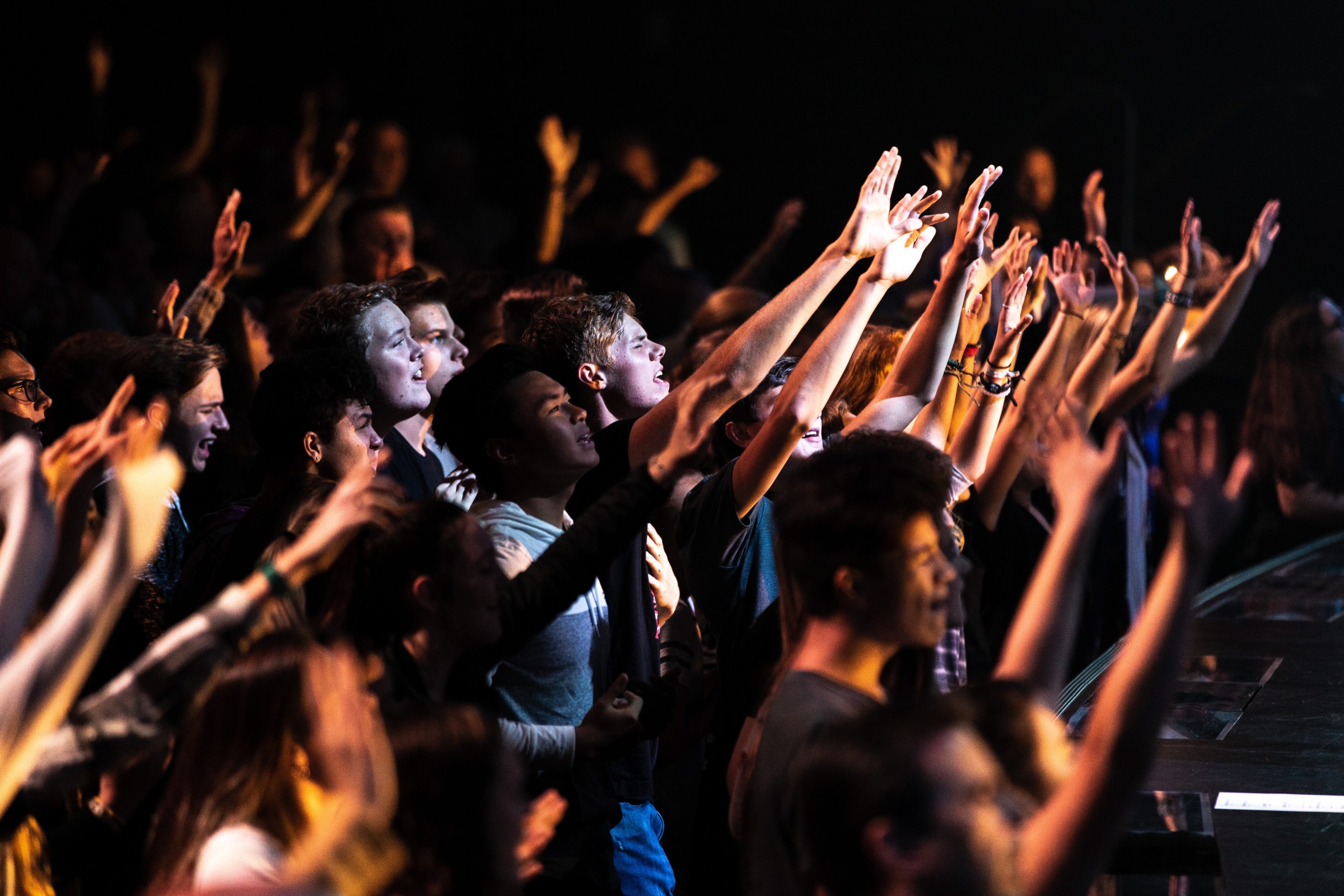 In recent years, there has been a push in many otherwise conservative churches to do things differently. Now, I do not mean different because they found the changes expedient, but different to be different (a sort of “iconoclasm” if you would) at least from appearances and conversations I have had with such proponents. Added to this list of changes has recently come to the raising and or waving of hands in worship and prayer. I suppose most of us have seen the commercials on television for some community church or charismatic group programs waving their hands. Until recent years, I had never heard of this among brethren (except raising of a hand to ask a question) but is becoming more discussed and practiced.

Certainly, there were times in the Bible when people prayed with extended arms, even as we might beg something of someone with arms outstretched. For example, we find in 1 Kings 8:22-23, “Then Solomon stood before the altar of the Lord in the presence of all the assembly of Israel and spread out his hands toward heaven. And he said, O Lord, the God of Israel …”

But that was not a consistent manner even for the Jews. In 1 Samuel 1:12-13, we find Hannah praying to herself with her lips moving. Eli assumes she is drunk. Now, had she had hands outstretched, then surely he would have realized that she was in prayer rather than to assume drunkenness.

Apparently it was customary to pray with outstretched hands and arms at times, but with all of the specific regulations of the Old Testament laws of worship, there was nothing that required such posture. I am reminded of the story told by a preacher who once held a meeting at a “kneeling church” when that issue had become debated. A brother led the prayer and everyone knelt except the meeting preacher. He did not realize until he opened his eyes that others were kneeling. After services, one brother approached the preacher and said “brother so-in-so, you sinned by not kneeling for prayer.” To which the preacher retorted, “Well, you sinned by peeking during prayer!”

Now, in our society, it has at least been the custom in some places and in some times to kneel. But when has it ever been our custom to raise arms except in the emotional display of the charismatics? I have to wonder if the hand waving will soon be accompanied by the swaying which typically goes with it among those groups. Now, may one pray in that manner? Certainly! But, my question is, why? It was neither Bible command nor our culture that establishes this practice. Some have said “Well you cannot regulate or know the heart of one stretching out their arms in prayer. They may be humbly
entreating the Lord.” That is true, and frankly, I would not say anything to one who did. My question is reserved for those who encourage others to do so, or who claim the Bible teaches we should do so, or in at least one church which announces, “Will you raise your arms with me in prayer?”

It is true that 1 Timothy 2:8 says, “I desire therefore that the men pray everywhere, lifting up holy hands, without wrath and doubting.” But is this literal lifting of hands? Barnes states, “The idea is, that when men approach God they should do it in a pure and holy manner.” Similarly, Johnson says, “Lifting up holy hands. This seems to indicate an attitude in prayer. The hands lifted up must be sanctified to holy deeds.” Too, others have stated that it is the “holy hands” that is figurative, but the “lifting up” is literal. How then does one literally hold up a figure? If this is literal, why not apply this to other passages as well. We will take Romans 12:1 as an example where Paul says that we are to present our bodies as a living sacrifice. Must we literally sacrifice our bodies?

The Pulpit Commentary states that Chrysostom condemned those who were praying against their enemies asking the Lord to “smite him” or “recompense him.” To this, Chrysostom wrote, “Do you pray against your brother? Your prayer is not against him, but against yourself.” I saw some glass candle holders a few years back with various prayers on each. One holder said, “Oh Lord, may my enemy’s eyes become stuck with mesquite thorns.” This seems to be the type of background of our passage.
Also consider that 1 Timothy 2 is setting a contrast to the roles of men and women. If you notice carefully, only the men are told to pray with the outstretched hands. Yet, both men and women do so in the charismatic churches which practice such so freely today, as well as some of the advocates of this practice among us. Does this then mean that women cannot pray? No, this is more evidence that we have under consideration the qualification of the one leading the worship in prayer. Vincent agrees in his Word Studies by offering, “The point here is that only men should lead in public prayer who can lift up ‘clean hands’ (morally and spiritually clean).”

In the past, I have assumed that these various “change the church” advocates were just seeking change because they were tired of tradition (before you accuse me here of reading minds, I have talked with many such), but more and more it seems that it is an effort to mimic the community church type movements. By all means, change when it is a scriptural, expedient practice that helps the local work and builds up rather than offends. But to change for the sake of change or to get more like the denominations will only create a desire to move away from scriptural practice and will create a hunger for the new.

These preachers may soon find themselves putting out fires which they themselves helped to spark. Will it next to be accompanied by emotional swaying and gyrating also common to these same people? What about the common practices of clapping and shouting out? What will advocates of change do when these innovations come along (notice I wrote “when” instead of “if”)? Paul said, “Let all things be done decently and in order” (1 Corinthians 14:40), and that, “God is not the author of confusion” (1 Corinthians 14:33).

← Prev: The Weaknesses of Evolution Next: Gifts vs. Talents →