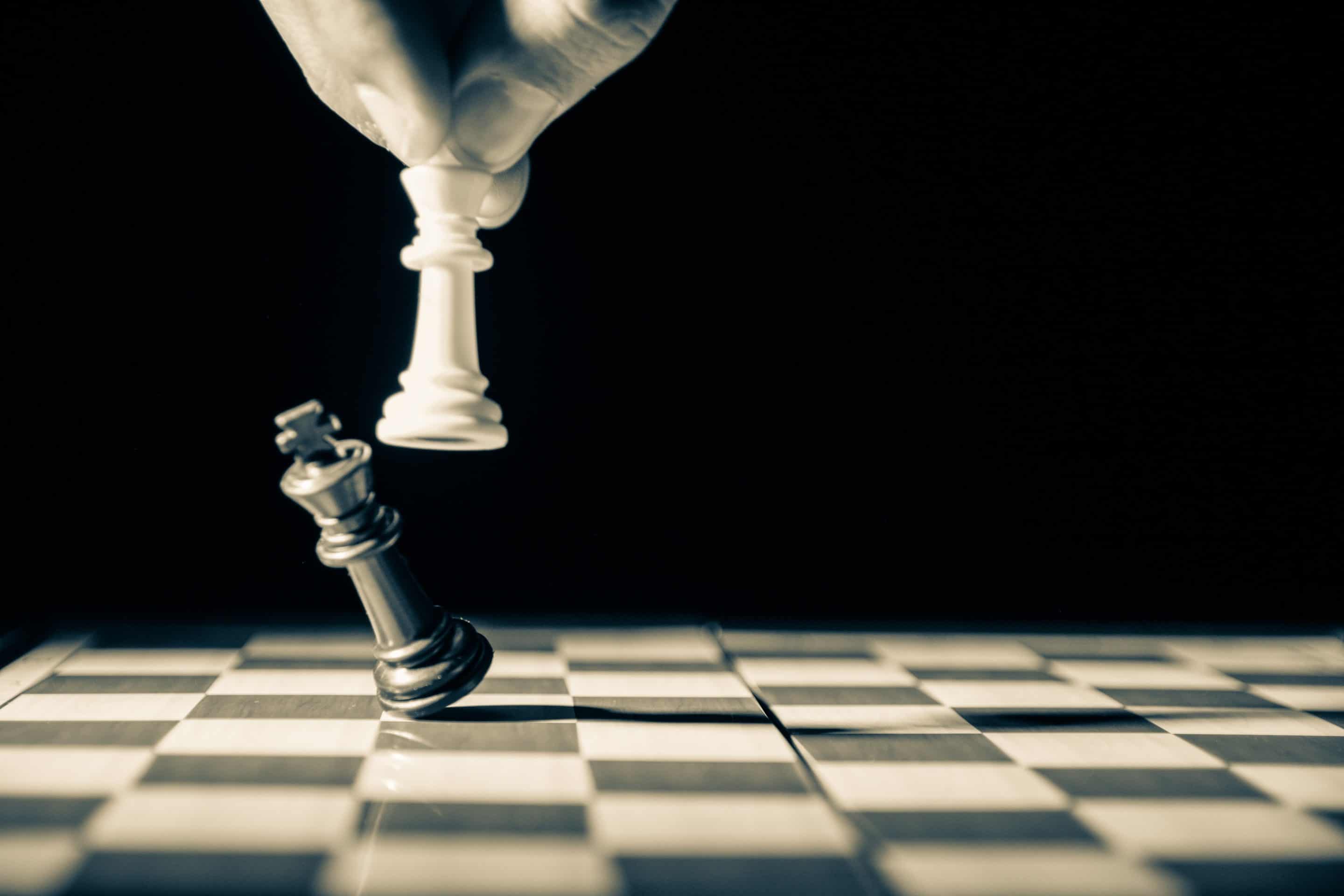 Have I Become Your Enemy?

Paul describes their perverted state in Galatians 1:6-7. He was fearful that he had labored over them in vain (Galatians 4:11). Even though he had a good relationship in the past with the Galatian Christians, this acceptance of false doctrine had greatly concerned the apostle. All these factors prompted Paul to ask the question in Galatians 4:16, “Am I, therefore, become your enemy, because I tell you the truth?”

We are very apt to cut our ties and dislike those who have the courage to tell us the truth about sin. We naturally do not like for people to be acquainted with our faults. We love to be flattered but shrink away from the exposure of sin and calls for repentance. Therefore, Christians become easily offended when preachers expose and reprove sin. Perhaps there is nothing more difficult than to regard, with steady and unwavering affection, the person who tells us the truth, even when that truth is painful (Proverbs 27:6).

Children of God sometimes need to be rebuked! In fact, most of the New Testament was written to instruct, rebuke and encourage Christians. There are several examples in the New Testament where men had to rebuke one another to save them from sin: Peter rebuked Simon who, a short time before, had obeyed the gospel (Acts 8:18-23); Paul rebuked Peter to his face (Galatians 2:11-12); John went so far as to mention in a letter the name of Diotrephes and the sin he had committed (3 John 9), and Paul told Timothy to rebuke those who continue in sin (1 Timothy 5:20).

There are certainly many examples in the scriptures which show that preaching the truth frequently results in enemies. Moses tried to be a friend to Pharaoh by telling him the truth, but Pharaoh hated him for it (Exodus 10:28-29). Elijah was pursed by the hatred and enmity of the wicked Jezebel because he was a steadfast defender of the truth (1 Kings 18:17-19:3). Herod and Herodias hated the truth so badly they had John the Baptist beheaded for his truthful preaching (Matthew 14:1-12). The enemies of Christ feared the truth so much they bribed the soldiers on guard to lie (Matthew 28:11-15). Ahab said of Micaiah, “But I hate him, for he doth not prophesy good concerning me, but evil” (1 Kings 22:8).

Some people today despise gospel preachers for the same reason. The only difference between them and Ahab is they are not honest enough to admit the real cause of their opposition to God’s messenger. Very few people are honest enough to say, “I do not like that preacher because he tells me the truth;” instead, they hypocritically attribute their dislike to some pretended reason. The greatest fault in the religious world is man’s effort to change the Bible to fit himself rather than change himself to fit the Bible.

Men generally have fought the truth for two major reasons. The first reason is that some have been unconscious enemies of the truth. That is, they fought the truth ignorantly. Paul is an outstanding example of fighting truth unknowingly (Acts 26:9; 1 Timothy 1:13). However, those who seek the truth will find it just as Paul did (Matthew 7:7-8), but others will remain blinded by error because they simply do not love the truth (2 Thessalonians 2:10-12). The second reason men have fought the truth is they love the darkness (John 3:19). Spiritual creatures of darkness despise light. Their deeds are evil and sinful; therefore, they do not want to hear the truth.

No matter how much the truth is fought, it will survive. Paul’s question and the context of Galatians 4 confirm the fact that truth must be preached at the expense of making enemies. The truth is the most valuable commodity which exists because it is the only thing that can save us from our sins (Proverbs 23:23). A compromising attitude toward preaching will almost always lead to apostasy. In 2 Timothy 4:3-4, Paul details the steps in apostasy. First of all, they would not endure sound doctrine. Do you see the attitude of compromise? They also accumulated for themselves, teachers. They wanted only those who would proclaim their view of truth. Paul called it having their “ears tickled.” The next step in apostasy is when they turned their ears away from the truth. Not only did they want to hear their truth, but the time eventually came when they rejected the whole counsel of God. Finally, they turned aside to myths. All truth was eliminated from their lives. This sad progression began with an attitude and ended with a total rejection of truth. It is urgent that members of the church realize and meditate upon this succession of ungodly inclinations. In our own day, we see dispositions developing which, if universally accepted, would weaken the church.

One illustration of compromise is the attitude, “Preach the Bible but let everybody else alone.” Anyone who is a true student of the Bible knows this is impossible. You would have to shun preaching Genesis 1:1 for fear of enraging the atheist. You would have to avoid preaching Exodus 20:3 for fear of irritating the polytheistic pagan. You would have to forgo preaching Hebrews 11:6 for fear of annoying the one who lives their life by their conscience. Several years ago, an elder of the church said, “The trouble here is our preacher is a professional ballplayer. He winds up on Sunday morning and throws a curve around everybody in the house.” A preacher is mighty poor if he cannot hit some of us sinful creatures once in a while. One preacher would not preach on heaven or hell because he said he had friends in both places! We desperately need men who will “break unto us the bread of life” and deliver “the whole counsel of God.” Preaching the Bible while making sure that we do not step on anybody’s toes will do nothing for the development of the local congregation or for the kingdom of God.

Another attitude is, “Don’t preach a negative gospel.” How can we not preach a negative gospel? This attitude indicts God Himself because He did not always deliver a positive message to His prophets and apostles. If you will carefully study Exodus 20, you will find eight of the ten commandments stated in a negative fashion. Paul said, “I charge thee therefore before God, and the Lord Jesus Christ, who shall judge the quick and the dead at his appearing and his kingdom; Preach the word; be instant in season, out of season; reprove, rebuke, exhort with all longsuffering and doctrine” (2 Timothy 4:1-2). Two out of three of those commands are negative! In naming the works of the flesh, Paul mentioned seventeen negatives (Galatians 5:19-21). In naming the fruits of the Spirit, he lists only nine positives (Galatians 5:22-23). We need preaching on the positive aspects of the gospel. We need encouraging lessons that comfort us in difficult times, which help us understand God’s love and which aids us in becoming better servants of Christ. Sometimes we need to know we are doing things right! But we also need preaching on adultery, fornication, gambling, smoking, church discipline, immodest apparel, authority, and other subjects.

A final attitude of compromise is, “Let’s please the people instead of saving the people.” The statement Paul made to the Galatians needs to be read and imprinted on our hearts: “For do I now persuade men or God? or do I seek to please men? for if I pleased men, I should not be the servant of Christ” (Galatians 1:10). Pleasing people has caused a steady moral decline in our nation. Denominational churches allow homosexuals, adulterers, and heretics to fill pulpits and proclaim a “saving gospel” while their souls are condemned to hell! Anyone can read the paper every day and see denominations in a made race to see which one can make religion the easiest instead of the safest. I am convinced that if we are not careful in our preaching and teaching, the Lord’s church will lower its standards in an effort to please the politically correct public. Let us always stand for truth or else pay the disastrous consequences on the day of judgment!

It is shameful to see preachers fired for preaching truthful messages which are so needed in our day and time. It is perhaps even more shameful to see congregations unwilling to stand for the truth. We ought to never consider as enemies those who have our soul’s best interest at heart. If I am indulging in a course of conduct which will condemn my soul or cherishing some erroneous teaching which endangers my salvation, my greatest friend is the one who will warn me of my perilous course.

← Prev: Watchdogs or Hushpuppies? Next: Jeremiah and His Prophecies →