Holy Spirit baptism is the only one of seven baptisms in the New Testament that is specifically mentioned in the Old Testament, although there are implications of Jesus’ baptism of suffering (Isa. 53) and the baptism of the great commission. That is, in the seed of Abraham all nations of the earth would be blessed and the reception of that blessing is through the baptism of the great commission. Holy Spirit baptism is mentioned by Joel.

Joel was an obscure prophet, and the time of his prophecy is uncertain. Various dates are suggested as to the time of his work, ranging from 900 B.C. to 400 B.C. But conservative scholars consider the date of 850 B.C. to be the approximate time Joel lived. Still, there is nothing in the book that definitively gives events and places by which approximate dates could be established.

While there is uncertainty of the time of his writing, there is certainty as to the event the prophet pointed to: certainty because one who was baptized in the Spirit (Peter) declared that the events of Pentecost (Acts 2) were the “what” and the time of which Joel spoke. Peter explained to a bewildered audience who did not understand what they had seen and heard on that day that “This is that which was spoken by the prophet Joel” (Acts 2:16), and followed that explanation with a quotation from Joel: “And it shall be in the last days saith God, I will pour forth of my Spirit upon all flesh; and your sons and your daughters shall prophesy, and your young men shall see visions and your old men shall  dream dreams; yea and upon my servants and my handmaidens in those days will I pour forth of my Spirit; and they shall prophesy” (Acts 2:17-18; Joel 2:28-29). Remember, John had prophesied that Jesus would baptize in the Holy Spirit (Mt. 3:11). Then, on the eve of His ascension into heaven, Jesus reminded His apostles of John’s prediction, saying, “John indeed baptized with water; but ye shall be baptized in the Holy Spirit not many days hence” (Acts 1:5). Perhaps a decade later Peter was sent by the Spirit to the house of a Gentile centurion named Cornelius to preach (Acts 10:19-20). As he was preaching, the events of Pentecost were repeated (Acts 10:44-48). Peter returned to Jerusalem and Jewish Christians called him in question for preaching to the Gentiles and he explained that the Spirit had commanded him. Then he added, “And as I began to speak, the Holy Spirit fell on them, even as on us at the beginning. And I remembered the word of the Lord, how he said, John indeed baptized with water; but ye shall be baptized in the Holy Spirit” (Act 11:15-16). Peter linked both the events of Acts 10:34-48 with the events of Acts 2:1-4 as one and the same. Both instances showed the fulfillment of Joel’s prophecy that there would be those upon whom God would pour out His Spirit, i.e. baptize men in the Holy Spirit as John had said (Mt. 3:11).

Having shown that the events of Pentecost were the fulfillment of both Joel’s prophecy (Joel 2:28-29) and the promise of John the Baptist (Mt. 3:11), a question which must be answered is what did it mean to be baptized in the Holy Spirit (and conversely, what it did not mean)? The “baptism in suffering” was the persecution and ultimate death Jesus suffered to provide His healing blood for sins; “John’s baptism” was an immersion in literal water for the remission of sins (Mk. 1:4); “fire baptism” is the eternal destruction all wicked souls will experience following God’s righteous judgment. Consideration must be given to what is involved in “baptism in the Holy Spirit,” in the fact that according to Joel, God’s Spirit would be poured on “all flesh,” that it is said of those when this occurred, “they were all filled with the Holy Spirit” (Acts 2:4).

While John did not explain what he meant by either “baptism in fire” or “baptism in the Holy Spirit,” Jesus did talk with His disciples about the coming of the Spirit and the work He (the Spirit) would perform in them. To understand “baptism in the Holy Spirit,” it is absolutely necessary to see what Jesus told His apostles about the Spirit’s coming. Prior to His ascent back to heaven, Jesus told His disciples, “It is expedient for you that I go away for if I go not away, the Comforter will not come unto you. But if I go away, I will send Him unto you”  (Jn. 16:7). From this is learned that so long as Jesus was here the Comforter (Holy Spirit) was absent, but when Jesus would leave He would send the Holy Spirit to the apostles. Why would the Spirit come? Jesus said, “And he, when he is come will convict the world in respect of sin, of righteousness and of judgment: of sin, because they believed not on me; of righteousness, because I go to the Father and ye behold me no more; of judgment because the prince of this world hath been judged” (John 16:8-11). Jesus told the disciples that the Holy Spirit would do three things: convict the world in respect of sin, righteousness, and judgment. But how would the Spirit do these things and how were the apostles involved in this? Listen to Jesus: “Howbeit, when He the Spirit of truth is come he shall guide you into all the truth. He shall not speak from himself but what things he shall hear, these shall he speak and he shall declare unto you the things that are to come” (Jn. 16:13). Then Jesus added, “But when the Comforter is come, whom I will send unto you from the Father, even the Spirit of Truth, which proceedeth from the Father, he shall bear witness of me: and ye also bear witness of me, because ye have been with me from the beginning” (Jn. 15:26-27). The Holy Spirit would convict the world of sin, righteousness, and judgment, but He would come to the apostles through whom He would convict the world of sin, righteousness, and judgment.

There were other wonders connected with the baptism of the Spirit to be examined in later articles, but the primary purpose of the Spirit was the threefold purpose Jesus stated: convict the world in regard of sin, righteousness, and judgment. All of these would occur through the work of apostles as they were moved by the Holy Spirit.

← Prev: “Sing and be Happy” Next: Steps to Stagnation → 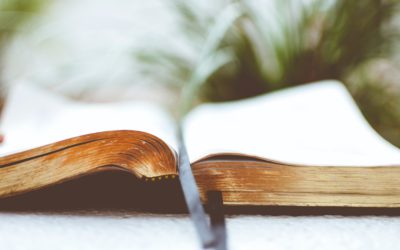 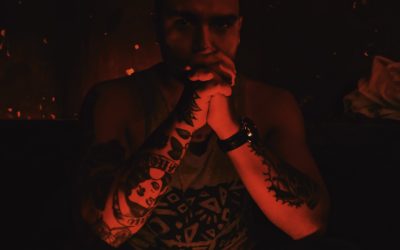 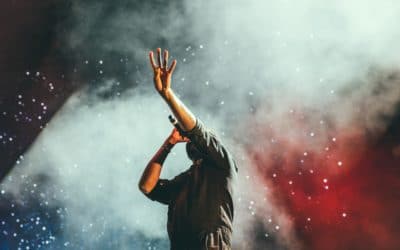