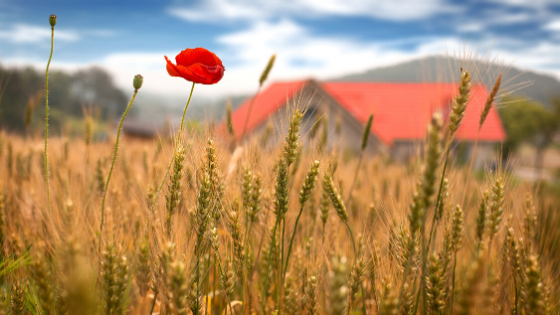 You can imagine the surprise of the local people in Nazareth in Luke 4:14-30 when the “boy” they watched grow up came back for a visit to His hometown and presented Himself as a religious teacher and as the Messiah. A lot of people would consider Jesus a “hometown hero.” After all, they had heard about Him all our lives. They were familiar with His life, miracles, and teachings. And usually they are even glad to hear others mention Him in a favorable light. However, we need to be careful that we don’t end up treating the Lord in the same ways they did in His hometown: unbelief, disrespect, and resentment. Examining the passage will help us make sure we don’t manifest these unrighteous attitudes.

The Custom Of Jesus

Was Jesus God when He came to earth? The scriptures afﬁrm that He was (Mark 1:1; John 1:1-2). Luke 4:16 says that Jesus attended synagogue, which is the Jewish equivalent of a New Testament period of worship. Services were held in Jewish synagogues both in and out of Israel on the Sabbath.

How often did Jesus attend the synagogue? It was His custom; He went to synagogue whether He was preaching or not. Some ﬁnd it very easy to ﬁnd something more important to do on a Sunday, but God the Son attended the worship of His Father regularly. It is encouraging but also intimidating to know that Jesus was always about His Father’s business (Luke 2:49), doing His work (John 4:34; 9:4). Could the same be said of you?

The Communication Of Jesus

Jesus was given the book of the prophet Isaiah. He found a speciﬁc spot in the book, Isaiah 61:1-2, and read it. This prophecy was about Himself as the Messiah, and it contained ﬁve signiﬁcant statements:

“The Spirit of the Lord is upon me.” This is speaking of the Holy Spirit, one of the members of the Godhead. Whatever He did, He did in the power of the Holy Spirit. The Spirit is mentioned multiple times during His ministry (Matthew 12:28; Luke 3:21-22, 4:1). Acts 10:38 proclaims, “How God anointed Jesus of Nazareth with the Holy Ghost and with power: who went about doing good, and healing all that were oppressed of the devil; for God was with him.” The Spirit was not uninvolved with His crucial work on earth.

“He hath sent me to heal the brokenhearted.” Jesus healed the brokenhearted on many occasions. He came to console those who are deeply afﬂicted (Mark 10:46-48), whose hearts are broken by external misfortunes (John 11:33), or by a sense of their sinfulness (1 Timothy 1:15). God heals brokenhearted people today. He heals those brokenhearted by sin (Matthew 11:28-30) and teaches them to forgive (Matthew 5:23-24; 18:15). He provides comfort in the midst of trying circumstances (2 Corinthians 1:3-7).

“To preach the acceptable year of the Lord.” The “acceptable year of the Lord” is reminiscent of the Jubilee (one year in every ﬁfty) when debts were forgiven, slaves set free, and the land was returned to its original owners (Leviticus 25:8-17). It deﬁnes this current time in history when God in His grace brings freedom from the guilt and effects of sin. The inclusion of this quotation is consistent with Luke’s stress on the dawning of the new age of salvation (Luke 19:10; Acts 3:19, 21).

Christ has come to set you free, so let Him do so. Jesus used the word of God to communicate a message from God. Make sure that you have accepted His message and applied it to yourself. His message is simple: believe (John 8:24), repent (Luke 13:3, 5), confess (Matthew 10:32), be baptized (John 3:3, 5), and live faithfully for an eternal reward (Revelation 2:10).

The Commentary Of Jesus

Jesus had quoted from Isaiah 61:1-2a in vv. 20-21. It is interesting that He stopped reading in mid-sentence of verse 2. The ﬁrst part of Isaiah’s prophecy was fulﬁlled at His ﬁrst coming. The rest will be fulﬁlled at His second coming. The omission of the second phrase in Isaiah 61:2 — “and the day of vengeance of our God” — is signiﬁcant. Jesus’ audience would suppose that the day of their salvation would be the day of judgment on their pagan enemies, but the delay of judgment means that this time of the Lord’s favor beneﬁts the Gentiles also (Romans 9:22-24). Jesus later afﬁrms in vv. 25-27 that the Gentiles are also recipients of God’s grace, even when the Jews were not so blessed.

Each time you hear a biblical sermon or Bible class lesson, you are presented with God’s truth. It is there for to you take as your own. It is there for you to accept and apply to your life.

The Charge Of Jesus

In v. 22, at ﬁrst the people of Nazareth were impressed. Jesus sounded so good, but the feeling didn’t last long. Right away they remembered that this was Jesus, the son (as they thought) of Joseph. He had grown up around them. He had attended their synagogue as a boy. He had been their carpenter. He couldn’t suddenly become their Messiah!

They resented Him instead of believing on Him. Most of the readers of this bulletin have grown up with the Christ. You’ve heard about Him for a long time, most of you for all your life. You are very familiar with Jesus. You either believe Him and do what He says or you resent Him by not believing Him and not doing what He says.

In v. 23, Jesus quoted a parable that was probably in common use at the time. He was reading their minds. They wanted Jesus to do the miracles He had done elsewhere in front of them. They wanted Him to entertain them, to prove Himself. Why didn’t Jesus do this? He, as a prophet, was not accepted in His own country (v. 24), and He wouldn’t do miracles where people refused to believe. In Matthew 13:53-58, the people were offended at His teaching. He made a similar statement to v. 24 and refused to do many miracles because of their unbelief. He was not willing to “cast his pearls before swine” (Matthew 7:6).

Jesus gave two examples of miracles that took place among the Gentiles (vv. 25-27). A Gentile widow had the privilege of a bottomless barrel of meal and a bottomless container of oil during a drought and famine in Israel in the days of Elijah the prophet (1 Kings 17:8-16). There were many Jewish widows at that time. A Gentile soldier was healed of leprosy in the days of Elisha the prophet (2 Kings 5:9-14). There were many leprous Israelites at that time. Israel was in a general state of unbelief in the days of those two Old Testament prophets so God did not bless them with those special miracles. I fear that we in our churches today are in that same state of unbelief. Jesus is a prophet without honor here in America — and often in His own church.

The Conﬂict Of Jesus

The people didn’t like what Jesus said (vv. 28-29). They rebelled against Him, and even tried to kill Him. So much for being a hometown hero! Very often we will run into the same problem. We don’t like what the Lord says through the preacher and we rebel. We might ignore the word, or we might even reject the preacher as being too radical or wrong.

← Prev: A Priest on His Throne Next: What Do People Want? →