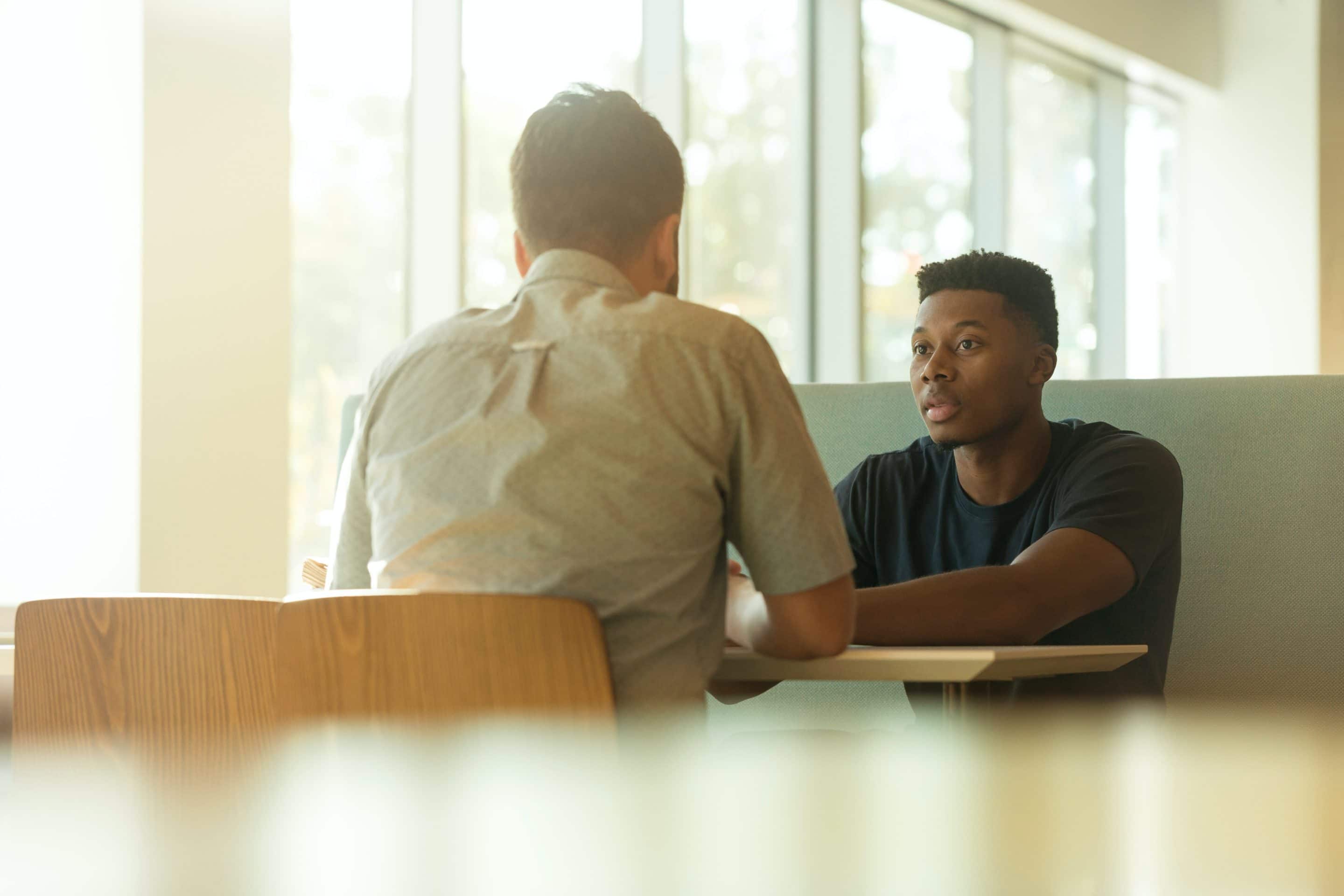 “If Thy Brother Shall Trespass …”

John Patrick said, “Pain makes a man think. The thought makes man wise. Wisdom makes life endurable.” God’s wisdom makes life not only endurable but also enjoyable. His wisdom extends even to the unpleasant areas of life. An example of this is found in Matthew 18:15-17: “Moreover if thy brother shall trespass against thee, go and tell him his fault between thee and him alone: if he shall hear thee, thou hast gained thy brother. But if he will not hear thee, then take with thee one or two more, that in the mouth of two or three witnesses every word may be established. And if he shall neglect to hear them, tell it unto the church: but if he neglects to hear the church, let him be unto thee as a heathen man and a publican.”

God’s wisdom takes a potentially disastrous situation and provides a calm rational solution. Regrettably, if this approach does not work, the matter is to be brought before the church and the rebellious one is to be disfellowshiped. If approached in the right way, the feelings of the one guilty of sin can be spared. It is born from a loving motive and can lead to a private and quick resolution which will avoid contention and embarrassment.

Sadly, Matthew 18:15-17 has also been used in an incorrect manner among brethren. The text is very plain, so the problem is not a matter of understanding the procedure. The misunderstanding concerns the scope of the text’s application. In order to properly understand the Lord’s instructions in Matthew 18, it is necessary to look to the context to see what it reveals about how we are to deal with sin.

Usually, the objections to dealing publicly with a sinner come in the area of the teaching of false doctrine. When a brother who has taught error is publicly rebuked for his teaching, the question is normally asked, “Did you first go to him privately?” On many occasions, the answer would be yes. Of course, one needs to establish that the brother has actually taught error, and is thereby damaging the spiritual welfare of others. Paul said that love “beareth all things, believeth all things, hopeth all things, endureth all things” (1 Corinthians 13:7). Gossip is a serious sin!

Must one go to such a teacher of error, personally and privately, before exposing his error to others? The Bible clearly says no! One primary reason for this is the leavening influence of sin. Paul said, “Your glorying is not good. Know ye not that a little leaven leaveneth the whole lump? Purge out, therefore, the old leaven, that ye may be a new lump, as ye are unleavened. For even Christ, our passover is sacrificed for us …” (1 Corinthians 5:6-7). Note that in this instance of public sin that had a leavening influence, Paul’s instructions were different from those of the Lord in Matthew 18. He said, “In the name of our Lord Jesus Christ when ye are gathered together, and my spirit, with the power of our Lord Jesus Christ, To deliver such a one unto Satan for the destruction of the flesh, that the spirit may be saved in the day of the Lord Jesus” (1 Corinthians 5:4-5). But notice that Paul had not gone to the brother privately: “For I verily, as absent in body, but present in spirit, have judged already, as though I were present, concerning him that hath so done this deed” (vs. 3). He had enough knowledge of the situation to declare the need for discipline without ever having met directly with the immoral brother.

False teaching is clearly dangerous. In a classic passage in Acts 20:29-31, Paul warned of “grievous wolves” who would come in and speak “perverse things, to draw away disciples after them.” Paul furthermore said that in order to help the Ephesians stay away from this danger, he “ceased not to warn every one night and day with tears.” Some brethren get tired of these kinds of lessons after a couple of weeks!

Paul further said, “For the time will come when they will not endure sound doctrine; but after their own lusts shall they heap to themselves teachers, having itching ears; And they shall turn away their ears from the truth, and shall be turned unto fables” (2 Timothy 4:3-4). So, he told Timothy to “Preach the word; be instant in season, out of season; reprove, rebuke, exhort with all longsuffering and doctrine” (2 Timothy 4:2).

False teaching influences others and is an ever-present danger. “My brethren, be not many masters, knowing that we shall receive the greater condemnation” (James 3:1). For instance, the false doctrine of Hymenaeus and Philetus was like a “canker” or cancer. The end result was that people’s faith would be overthrown. Because of this, Paul did not hesitate to “name names.” He did it with Alexander (1 Timothy 1:20; 2 Timothy 4:14); Demas (2 Timothy 4:10); and, the Judaizing teachers (Philippians 3:1-2).

So the procedure of Matthew 18 is not appropriate in every situation. When sin is public and endangers the souls of others, it must be dealt with publicly and quickly. Paul wrote, “Now I beseech you, brethren, mark them which cause divisions and offenses contrary to the doctrine which ye have learned; and avoid them. For they that are such serve not our Lord Jesus Christ, but their own belly; and by good words and fair speeches deceive the hearts of the simple” (Romans 16:17-18). Titus was told, “A man that is a heretic after the first and second admonition reject; Knowing that he that is such is subverted, and sinneth, being condemned of himself” (Titus 3:10-11).

In matters of public sin, when Christians bind a procedure designed for private, personal sin, they are left with some unwelcome consequences. First, an error will go unopposed. Perhaps people have a great distaste for confrontation. People do not want to hear about disputes, and would rather that they are handled “behind the scenes.” Interestingly, there are many who would agree that someone is teaching error and needs to stop but would criticize a Christian for not going to someone privately before publicly rebuking the error. When these individuals are asked if they have approached the erring brother themselves, the answer is usually no. Is it acceptable to allow error to go unopposed? In the minds of many, it is unacceptable to publicly deal with erring brethren whose doctrines can possibly condemn souls.

Second, the truth is put at a disadvantage. One brother who advocates a false position on Romans 14 once stated that he went, “Hither, thither, and yon” teaching his interpretation of the passage. Yet he and others have been vocal in their criticism of those who would publicly oppose his teaching or the teaching of others. It is a hypocritical standard that would allow a false teacher to go everywhere proclaiming his error but would impose a restriction of private opposition upon those who adhere to the truth. What about those who may be influenced by his error and lose their soul? Jesus said, “It is impossible but that offense will come: but woe unto him, through whom they come! It was better for him that a millstone was hanged about his neck, and he cast into the sea than that he should offend one of these little ones” (Luke 17:1-2). We need to always be gentle and longsuffering to the teacher of error, but we should also not allow the “little ones” to be offended either.

Third, elders are unable to discharge their God-ordained duties. One can usually tell if a position is wrong by considering its logical consequences. The absurd end of this position would require the elders to remain quiet as a false teacher proclaims his error from the pulpit or a Bible class. If he is sinning, they must approach him first privately, and visitors may very well go away thinking that the congregation is not sound. It is possible that one could be convinced by the teacher’s error, and the elders could have no opportunity to refute it publicly? Surely none of us would agree with such restrictions.

Imagine a false teacher spreading his error in a high school class. A novice Christian is bothered because it sounds wrong and goes to him privately. Because of his lack of knowledge, he is convinced by the error of one who has the ability to cunningly deceive In the end, the error is not exposed. The false teacher is allowed to work secretly, and, thinking back to the words of Paul, the sheep are left to deal with the wolf, and the elder is not allowed to exercise his God-ordained duty to “convince the gainsayer” (Titus 1:9). Who can believe it?

While it may be true that some will think that they would never go to that extreme, it is nevertheless where some have gone, and it is a logical end to a misunderstanding of Matthew 18:15-17.
Matthew 18:15-17 must be followed by all Christians. It is our responsibility to rebuke a sinning brother or sister. We cannot ignore sin. However, the passage is limited to private offenses between a sinner and the one wronged. A proper understanding of the passage, and the nature of public sin, will help us to correct this destructive error.