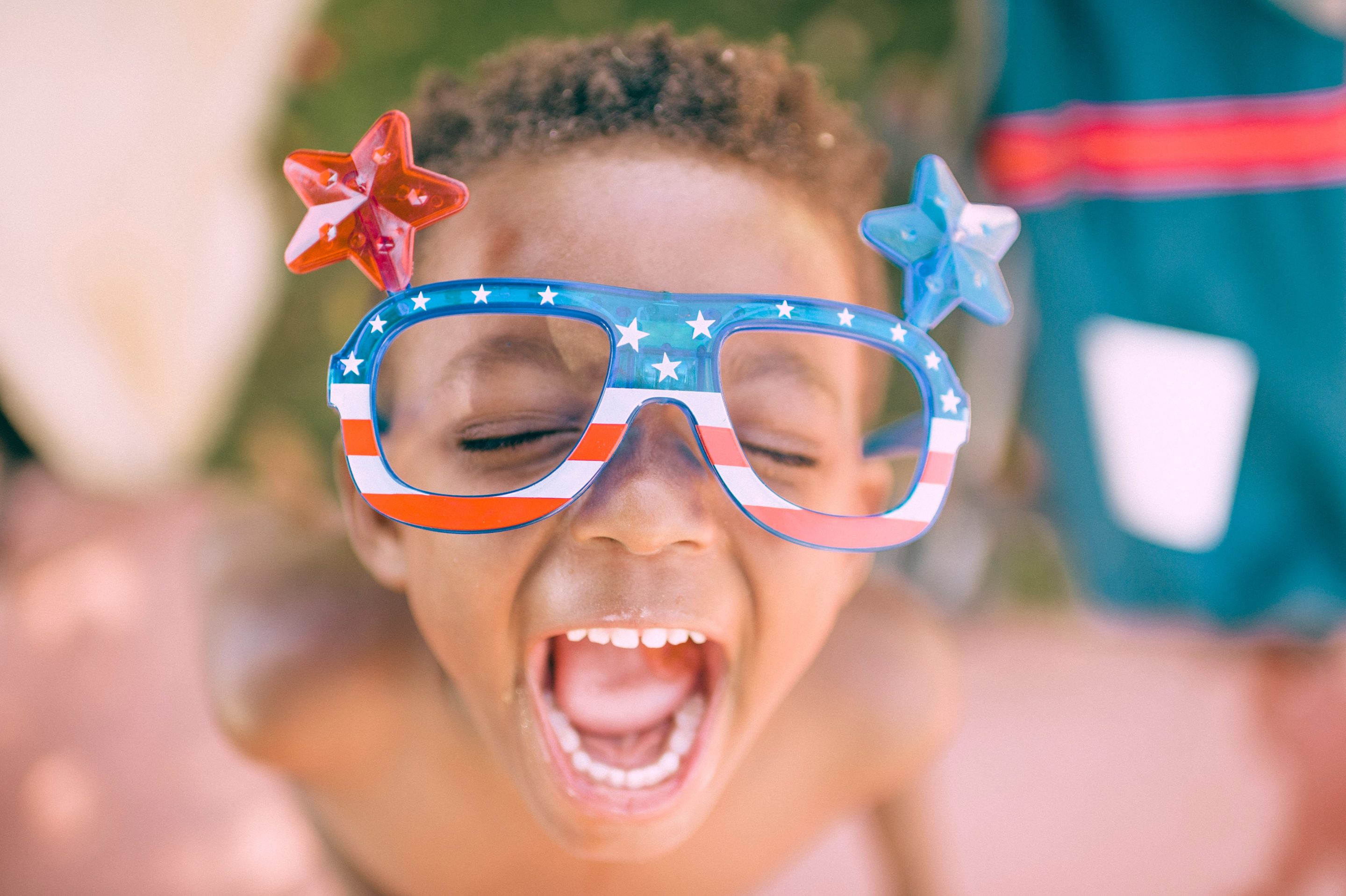 Sunday is a very special for Americans. On that day, two hundred and forty-five years ago, our Declaration of Independence was signed. This marked our complete separation from Britain and our pledge to stand as a new country, which was ambitious and ready to take on the world. In celebration and commemoration of the Fourth of July, please read the following “Prayer For Our Country” by Peter Marshall:

Lord God of heaven, who hath so lavishly blessed this land, make us, thy people, to be humble. Keep us ever aware that the good things we enjoy have come from thee, that thou didst lend them to us.

Impress upon our smugness the knowledge that we are not owners, but stewards. Remind us, lest we become filled with conceit, that one day a reckoning will be required of us.

Sanctify our love of country, that our boasting may be turned into humility, and our pride into a ministry to people everywhere. Help us to make this God’s own country, by living like God’s own people. Amen.

I hope this prayer echoes the sentiments of God’s people. We cannot thank Him enough for the marvelous blessing of life in the United States. Although our country suffers from many problems (declining morality, crime, racism, abortion, etc.), I am still glad to live in one of the most prosperous countries in the world, and am especially thankful to have so many wonderful people around me. Independence Day should hold a special place in the heart of a Christian who thanks God for their place in this world.

Paul taught in Romans 6 that being baptized into Christ Jesus frees us from sin. Romans 6:7 says, “For he who has died has been freed from sin.” In v. 23, it is stated that the “wages of sin is death, but the gift of God is eternal life in Christ Jesus our Lord.” Sin equals death, and Paul said in Romans 3:23 that “all have sinned and fall short of the glory of God.” Unless we are freed from sin, we will suffer inevitable spiritual death. Therefore, being “in Christ Jesus” is the way of “independence” from death. Being “in Christ Jesus” frees us from sin and death, allowing us to “live with Him.” Romans 6:8-9 says, “Now if we have died with Christ, we believe that we shall also live with Him, knowing that Christ, having been raised from the dead, is never to die again; death no longer is master over Him.”

Jesus plainly taught that living with Him meant the possibility of eternal fellowship, even though we will physically die. Jesus got to teach this lesson when He raised Lazarus. He stated, “I am the resurrection and the life; he who believes in Me shall live even if he dies, and everyone who lives and believes in Me shall never die. Do you believe this?” (John 11:25-26). This is the “life” that matters most. This is the life that we should want to live.

An estimated seven thousand soldiers sacrificed their lives for freedom in the Revolutionary War. Whatever the costs were, they paid them. The same was true of Jesus. He gave up everything so that we can be free. He gave up glory in order to come down on earth and suffer. He gave up being at the right hand of God in order to take on Himself the sacrificial outcome of our sins (Philippians 2:5-8). Isaiah 53:3-5 says, “He was despised and forsaken of men, A man of sorrows, and acquainted with grief; And like one from whom men hide their face, He was despised, and we did not esteem Him. Surely our griefs He Himself bore, And our sorrows He carried; Yet we ourselves esteemed Him stricken, Smitten of God, and afflicted. But He was pierced through for our transgressions, He was crushed for our iniquities; The chastening for our well-being fell upon Him, And by His scourging we are healed.”

God’s children have to be willing to serve God. Jesus specified the conditions of service in Matthew 10:38-39: “And he who does not take his cross and follow after Me is not worthy of Me. He who has found his life shall lose it, and he who has lost his life for My sake shall find it.” We have to be willing not only to risk, but to forfeit whatever is necessary to spread the gospel to lost souls.

The men who fought in the Revolutionary War gave us freedom. Christ is still the only one who can give us victorious freedom over sin. Paul wrote, “But thanks be to God, who gives us the victory through our Lord Jesus Christ” (1 Corinthians 15:57). A lot of people claim to be able to give you victory, but preachers, pastors, priests, or Reverends don’t have power over spiritual death. That was not God’s plan. The plan of God was demonstrated by His Son’s death on the cross (John 3:16).

← Prev: Recipe for Child Rearing Next: About Your Attendance →