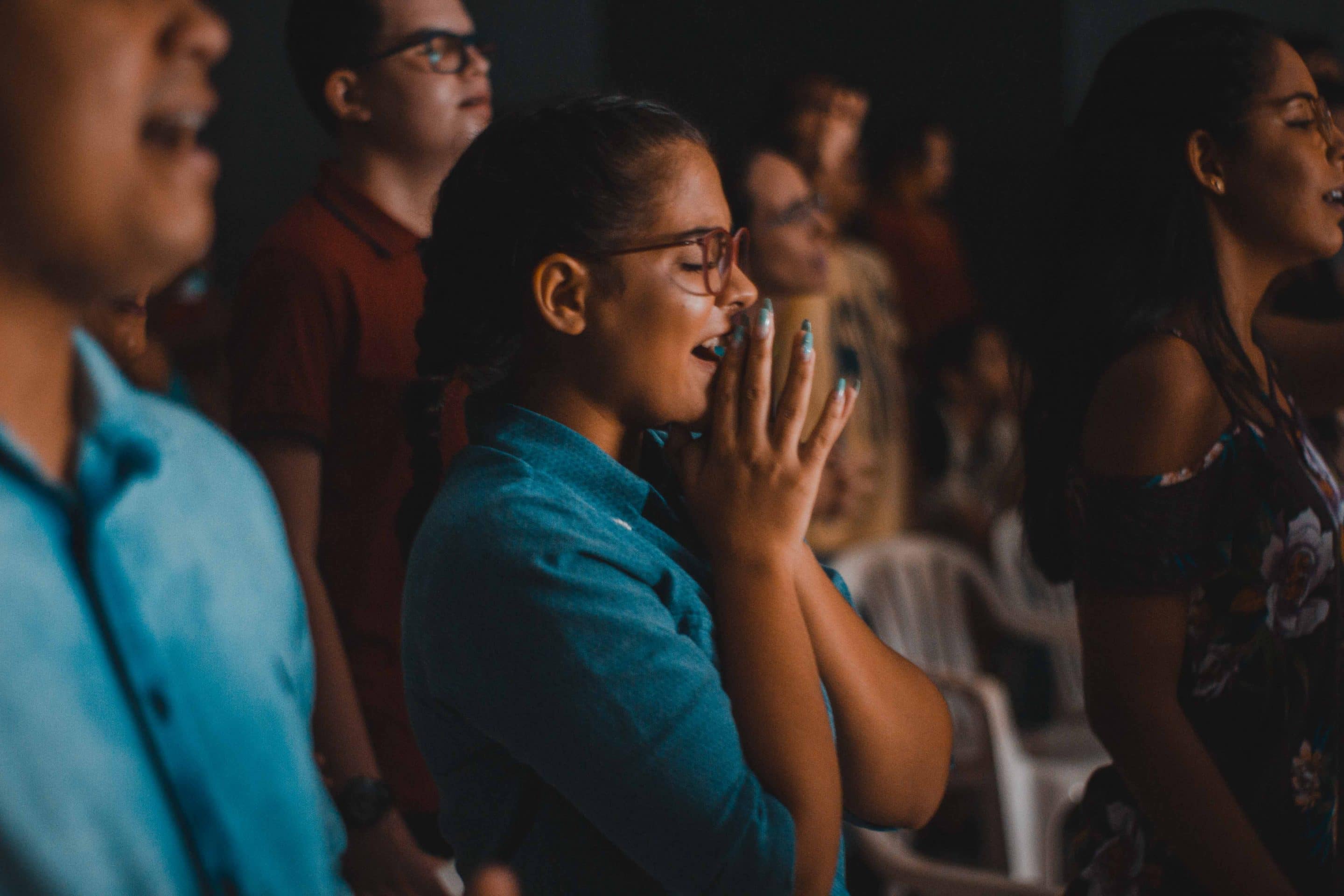 Is the Church of Christ a Cult? #1

The mere mention of the word “cult” conjures up dreadful images in our mind. Most people would probably think of Joseph Smith, Mary Baker Eddy or Charles Russell. In the United States attention to cults increased during the early 1970s when groups began aggressively recruiting young people and others became centers of controversy. Since that time, lots of people would think of cult leaders like Jim Jones, David Koresh, or Marshall Applewhite. The purpose of the Lord’s church is simply to follow God’s instructions. Having been saved by the blood of Christ (Acts 2:38, 41), we try to teach others (1 Thessalonians 1:8). But this makes us different and disturbs our opponents. Unfortunately, some have called the church of Christ a cult. In Acts 28:22, the “chief of the Jews” showed that it is easier to call someone a name than to answer their arguments (Acts 24:13-14). It will not be our purpose to defend any group that may call itself “church of Christ.” Our own brotherhood has observed the rise of the “International Church of Christ” (formerly known as the Boston Movement), led by mind-control artist, Kip McKean. Members of this movement are slavishly dominated by McKean. We are not associated with or responsible for these apostates any more than Baptists are responsible for renegade Baptist groups. With this in mind, let’s see if the Lord’s church can fairly be termed a “cult.”

What is a Cult?

Although the word “cult” is not in the Bible, the idea is there — at least in seed form. The Greek term hairesis, rendered “sect,” is derived from a root meaning “to choose.” W. E. Vine suggests that it hints of a self-willed opinion that rejects the authority of truth, leads to division, and the formation of a “sect” (Expository Dictionary, p. 389).

A “cult” needs to be defined in order to be understood, but it may be more easily described than defined. There are vast differences of opinion among scholars as to the proper definition of a “cult” and which religious groups should be so classified. Some definitions are too broad; for example, MiriamWebster claims that a cult is “formal religious veneration; a religious experience; faddish devotion.” This would make all religions a cult! A more accurate definition is found in the New Oxford American Dictionary, which calls a cult “a system of religious veneration and devotion directed toward a particular figure or object.”

Though not all the following characterizations may be applicable to every religious group labeled a “cult,” together they form a general picture of one.

First, cults generally exalt a charismatic leader who is thought to possess unique powers or special prophetic abilities. Joseph Smith claimed an angel showed him a box containing gold plates and two stones. He said these stones miraculously aided him in translating the plates as the Book of Mormon. Charles Russell claimed that his writings were indispensable to the study of the Bible for Jehovah’s Witnesses. He said that if one concentrated upon his writings, even at the expense of studying the Bible, they would most certainly experience deeper spiritual illumination within five years. Mary Baker Eddy required her followers to regard her book, Science and Health With a Key to the Scriptures, as a divine revelation, and her religion as a “higher, clearer and more permanent revelation than that given 18 centuries ago!” The Lord’s church exalts only Jesus as head (Matthew 23:8; Ephesians 1:22-23). He forbids the undue exaltation of men (1 Corinthians 1:11-15).

Second, cults deny the Bible as the sole source of religious authority. Leaders usually claim special revelation from God (visions or mystic experiences), which makes the group dependent on them. Some openly repudiate the Bible (Jim Jones), while some give it lip service and quote certain scriptures to prove their points (David Koresh), but really rely upon the doctrines of men. Jehovah’s Witnesses will hold to the views of the Watchtower Society over the Bible every time. Generally, they will also not read any literature other than that published by the Watchtower Society. They are not interested in a rational, cognitive evaluation of the facts. Kip McKean actually has charged his followers not to read certain books dealing with “mind control,” characterizing any breach of this rule as “sin” (Steve Hassan, Releasing the Bonds, p. xvii). The Lord’s church recognizes the New Testament as the only authoritative guide in religious matters (1 Corinthians 4:6; 2 Timothy 3:16-17; 2 John 9).

Third, cults practice isolationism. New converts are led to believe that the whole world is against them; their enemies have formed a sinister plot. Thus members go through a “training” or “isolation” period (brainwashing). They exercise strong control over members with repetitious lectures, loss of sleep, control of diet, etc. Some cults require their members to shun family. Many require members to give a strict account of their time and lives. Through this technique an individual can be programmed to believe whatever the cult leadership wants the individual to believe. The scriptures make us better people and then send us back into society to help others (Matthew 5:13-16). Furthermore, the Lord forbids repetitious ceremonial incantations (Matthew 6:7). The Lord does demand preeminence, but He does not require us to shun our family (Matthew 10:34-38; Luke 14:26). Christians also use no deception or coercion (Luke 9:57-58; 14:28-33). Faithful preachers follow the Lord’s example and explain the obligations before one becomes a Christian. Finally, it is wrong to let others do our thinking for us (Acts 17:11). Some are so blinded they cannot see the glaring inconsistencies of cults.

Fourth, a cult enforces a radical alteration in lifestyle which may involve subordination of every aspect of the individual’s life to the control of the cult. The leader is a strong-willed, domineering character who rules the group with tight control. He makes the plans and orchestrates the movements of the group. The one man “pastor” system is one of the most common practices among Protestant denominations. Some of these denominational leaders even exercise cult-like power over their members. If the church of Christ is a cult based upon this standard, then the denominations are even more so. What proves too much proves nothing! This is sometimes manifested in the form of surrender of personal property. With a cult, there is always a need for increasing finances. Members are strongly encouraged to greatly sacrifice for the leader’s current activities. However, the Lord’s church never made such demands. Giving is a spiritual obligation, but the amount is determined by each disciple (1 Corinthians 16:1-2; 2 Corinthians 9:7).

Perhaps the biggest reason why the church of Christ is seen as a cult is because of the teaching of some denominationalists. It is easy to use “cult” in a derogatory way to convince people to turn away from the Lord’s church. To the foregoing list, the denominationalist adds three more characteristics.

First, “works salvation/legalism.” They say that when “cults” do not rely on the grace of God alone for salvation, their “salvation message” boils down to required obedience to certain obligations and practices. It is obvious that we cannot be saved without doing something (James 2:14-26). Belief is a work (John 6:29). Repentance, confession, and baptism all save us (Acts 2:38; Romans 10:10; 1 Peter 3:21).

Second, “no assurance of salvation.” They say that the issue of a “cult member’s” salvation is never settled, but is constantly affected by the changing circumstances of life. In this way, “cult leaders” are able to produce continued devotion and spiritual bondage. But someone’s salvation is affected by what they do. Paul wrote, “Wherefore let him that thinketh he standeth take heed lest he fall” (1 Corinthians 10:12; cf. 1 Timothy 4:16; 2 Peter 2:20-22). One can be assured of their salvation if they are faithful (Romans 8:16; Revelation 2:10).

Third, “denunciation of other groups.” Denominations say that “cults” hold to the “Only True Church Syndrome.” They say that the “cult’s leaders” will explain that it is impossible to serve God without being a member of the specific “cult.” Thus, if a member decides to leave the “cult,” they are told that they are not simply leaving an organization, but they are leaving God and His only true organization. Jesus only built one church (Matthew 16:18). He is the head over only one body (Colossians 1:18; 2:19).

This can work against denominations. For example, they teach faith in Christ and condemn all who disbelieve (Muslims, Buddhists, good moral people, etc.). They must be a cult! They demand a strict code of conduct (dress, speech, recreational activities, etc.) all based on their view of the Bible. Since they are “out of step” with most of the world, they must be a cult! Again, what proves too much proves nothing! In the next article, we will examine why people join cults and what can be done to help people in cults.