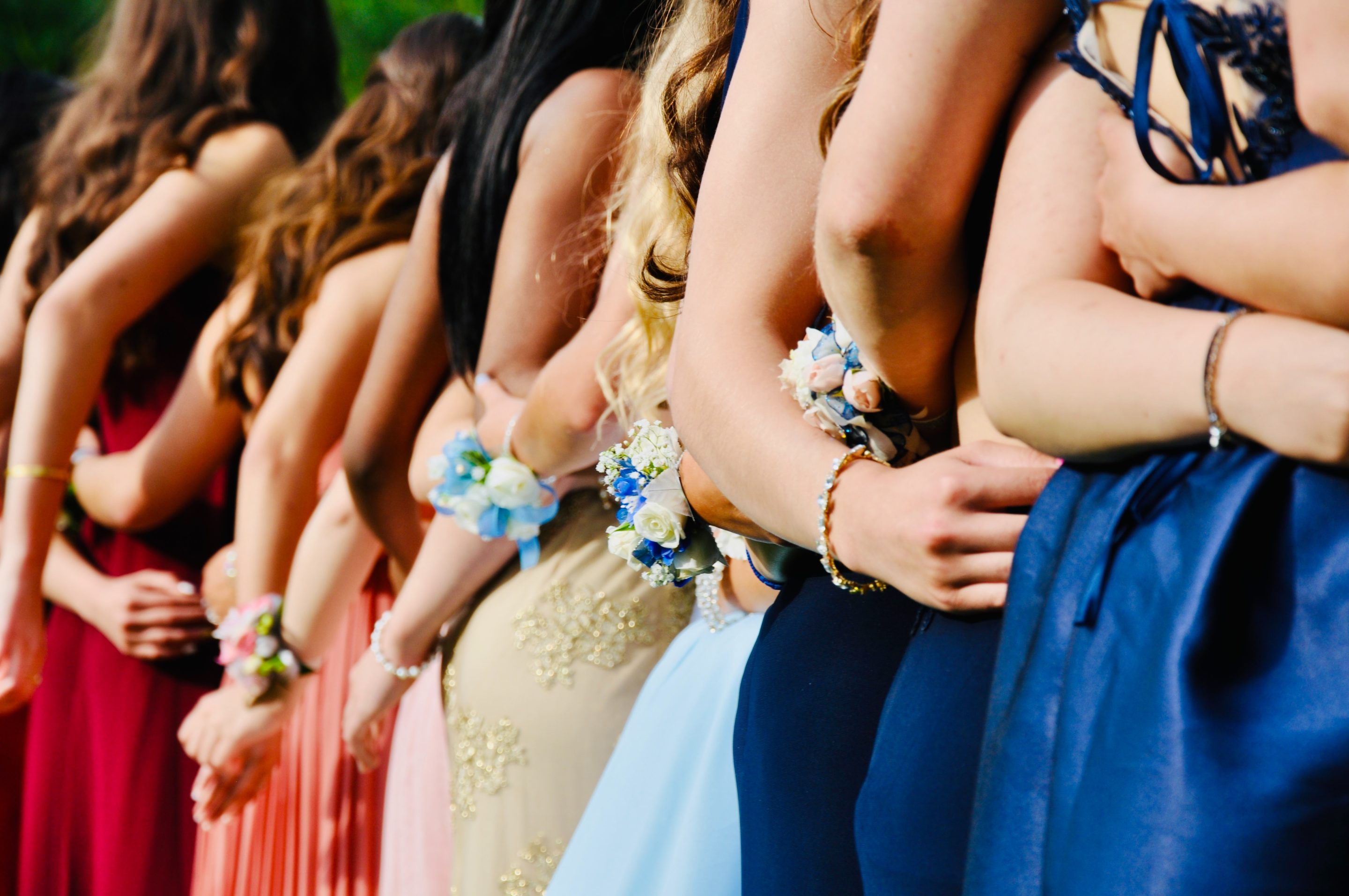 Every Spring, teenagers all over the country will be thinking about prom. It used to be that prom was only for 18-year-old Seniors in high school, but for several years, proms have made their way into the middle grades. When one becomes a Christian, everything takes on a new perspective: “Therefore if any man is in Christ, he is a new creature: old things are passed away; behold, all things become new” (2 Corinthians 5:17). What should a young person who wants to live as a Christian do?

This principle also applies to certain social activities, which before we may have considered harmless but now we understand may not be appropriate for Christians (1 Peter 4:2-3). One kind of activity is dancing (and its subsequent immodest dress), especially in its modern form, which is found at proms.
Dancing is wrong for Christians because it promotes the sin of lasciviousness. This is condemned as a work of the flesh (Galatians 5:19). The original word is variously translated as “lewdness” (NKJV), “sensuality” (NASB), “debauchery” (NIV), and “licentiousness” (RSV). Jesus said it defiles (Mark 7:21-23). Investigating further, lasciviousness is defined as “unbridled lust … wanton acts or manners (including) filthy words, indecent bodily movements, unchaste handling of males and females” (Thayer). The English word lascivious is defined as “exciting sexual desires; salacious.” Basically the word means anything that excites the lust of the flesh (words, bodily movements, unchaste handling, etc.) is sinful. Of course, this applies to the stirring of sexual desires and sensual pleasures outside the marriage bond. The Bible recognizes the place for sexual expression but limits it to those who are married: “Marriage is honorable in all, and the bed undefiled: but whoremongers and adulterers God will judge” (Hebrews 13:4).

The excitement of lust between those who are not married is plainly sinful, being condemned by Jesus in Matthew 5:28: “But I say unto you, That whosoever looketh on a woman to lust after her hath committed adultery with her already in his heart.” It is wrong to lust for another person, and it is therefore also wrong to arouse lust in another person.

Does popular dancing arouse the lusts of the flesh, and therefore qualify as lasciviousness? Interestingly, non-Christians recognize dancing as lustful. The Encyclopedia Britannica says, “The popular teen-age dances of the mid 20th century have no set steps; the dancers respond spontaneously to the beat of the musicians. The degree of satisfaction attained by young people
‘twisting’ or ‘shaking’ to the blare of amplified music in dance halls, further enlivened by psychedelic lighting, is different from the pleasure derived by their elders waltzing to the ‘Blue Danube’ — but it is only a difference of age and time. Fundamentally, both age groups are enjoying the pleasure of dancing in their own way … The end product is doubtless the same — physical pleasure in the activity of dancing and sexual awareness of a partner, whether embraced or half-consciously observed” (“The Art Of Dance”, Vol. 5, pp. 455-456). Collier’s Encyclopedia says, “… The social dance has usually been the result of joint physical exuberance and sex stimuli …” (“Dance”, Vol. 7, p. 683). “All ballroom dancing in pairs looks toward intercourse. In this respect, the Puritans were dead right … The development of no-contact dances has come about because one doesn’t now need a social excuse to embrace a girl, but as an excitant, it need not involve contact at all — in fact, dances like flamenco or the twist are far more erotic than a clinch because you aren’t too close to see one another. At its best, this sort of dance is simply intercourse by remote control” (The Joy Of Sex, Alex Comfort, p. 162).

Common sense tells us that dancing is lustful. For instance, what would be your reaction if you saw an entire dance floor with people of the same sex dancing together? If dancing was morally neutral, having no sexual overtones, there would be no reaction at all! But most would be shocked, suspecting they had stumbled into a “gay” dance. If we would expect this dance to be an expression of “gay” sensuality, how can we deny that people of the opposite sex dancing together is an expression of heterosexual activity? Paul said that we should “… make not provision for the flesh, to fulfill the lusts thereof” (Romans 13:14).

Someone may object by saying, “Dancing may ‘turn on’ other people, but I don’t react that way.” For the sake of argument, we will assume that some people either do not have strong sexual urges or have grown spiritually to the point they can keep their urges under control. But the dancing under consideration involves two persons. Even if one is not affected, the other maybe! In this case, the “spiritual” person becomes a stumbling block to the other person, an instrument for the other person’s indulgence in fleshly lusts.

What if someone were to say, “I can’t control what other people think.” Just because we cannot force a person to think righteously is no reason to encourage them to think unrighteously! We have a responsibility not to contribute to one’s moral delinquency. The Bible calls this being a “stumbling block” (Romans 14:13, 21; 1 Corinthians 8:13; 10:31-32). Jesus said, “But whoso shall offend one of these little ones which belief in me, it were better for him that a millstone was hanged about his neck, and that he was drowned in the depth of the sea. Woe unto the world because of offenses! for it must need be that offenses come; but woe to that man by whom the offense cometh” (Matthew 18:6-7).

Admittedly, a prom is tightly supervised. Does this help us with the question of whether a young person should go? Although bodily actions may be well-supervised, no one can supervise inward thoughts. Chaperones can inhibit only what happens on the dance floor, but what about afterward at home when there is no one to restrain expressing the desires that were aroused during the dance and with the immodest clothing? Ann Landers once said, “When you turn a guy on, he can be awfully hard to turn off.”

There have been some who have tried to defend dancing because it is mentioned in the Bible. This is true — there are four categories of dancing mentioned in the Bible: 1) Religious dances of the Old Testament (Exodus 15:20-21; 2 Samuel 6:14); 2) expressions of great rejoicing (1 Samuel 18:6); 3) the play of children (Job 21:11; Luke 7:32); and, 4) lustful dances, like that of Salome, before King Herod (Matthew 14:6). Do the first three categories justify Christians engaging in modern dancing today?

No, they do not, for these first three are nothing like what is being discussed in this article. There is no trace in the Bible that men and women danced as couples. The Zondervan Pictorial Encyclopedia Of The Bible says, “While the mode of dancing is not known in detail, it is clear that men and women did not generally dance together, and there is no real evidence that they ever did. Social amusement was hardly a major purpose of dancing, and the modern method of dancing by couples is unknown” (“Dancing”, Vol. 2, p. 12). Hastings Bible Dictionary says, “Social dancing, as we now understand it, was almost, if not altogether, unknown in ancient times” (p. 550). The International Standard Bible Encyclopedia states, “Women seemed generally to have danced by themselves… Of the social dancing of couples in modern fashion there is no trace” (“Games”, p. 1170). The Encyclopedia Britannica added that dancing in the form of mixed couples did not exist before the 12th century A.D.: “There is no evidence of couples dancing together, however; that was to happen much later, probably in Provence in the 12th century” (“The Art Of Dance”, Vol. 5, p. 452). The only resemblance to the modern dance today that is mentioned in the Bible is the dance of Herodias’ daughter, Salome (and look what happened)!

What about the prom? What about dancing? It is wrong to lust in our hearts after others (Matthew 5:28). It is wrong to conduct ourselves in any way so as to excite the lusts in others, which is lasciviousness and is condemned as a work of the flesh (Galatians 5:19). It is wrong to dress immodestly. Paul said, “In like manner also, that women adorn themselves in modest apparel, with shamefacedness and sobriety; not with broided hair, or gold, or pearls, or costly array; But (which becometh women professing godliness) with good works” (1 Timothy 2:9-10). There are many temptations involved in the participation in proms. Because of the physical appeal, dancing lends itself to erotic purposes and has been practiced frequently to these ends by both sexes.

A lot of people look back at their prom fondly, thinking it was “the best time of their life.” However, for those who continue on in their Christian profession, they often look back at participation in proms with shame and regret. Parents, what will you do? Will you allow your children to do something that will compromise their purity? Children, will you do something that might possibly lead to regret for the rest of your lives? You only have a short time to decide, and your influence before your peers is at stake!

← Prev: 50 Million Blessings Next: “Psalms and Hymns and Spiritual Songs” →