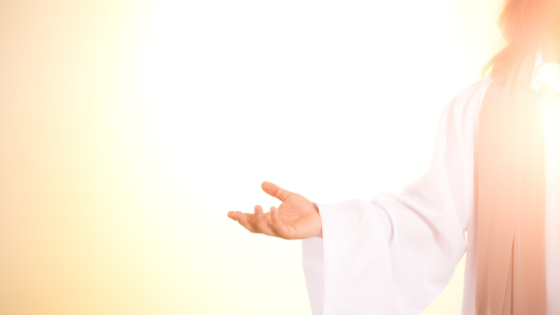 Jesus, the Son of God

Rarely has the nature of a man generated more discussion or debate among people than that of Jesus of Nazareth. The Oxford History of Christianity doc- uments the view of Arius, an Alexandrian priest who lived around A.D. 250-336 and believed that Jesus was fundamentally inferior to God. It also records that the Council of Nicaea, in A.D. 325, repudiated Arius’ doctrine and declared that Christ “is one in essence” with God.

Philosophers, throughout the ages, have had their own views on the true nature of Jesus. Some of the Jews, in His day, seemingly didn’t know who He was. John has a record of them exclaiming to Jesus, in apparent frustration, “Who are you?” (John 1:22, NKJV). Others, on the other hand, thought He was a reincarnation of one of the prophets of the Old Testament (Matthew 16:14).

The statement in the title, “Jesus, the Son of God,” has an implication. It implies the existence of God. To say that there is a Son to God is to say that God is in the ﬁrst place. You cannot have a son unless you have a father. Similarly, you cannot have a “begotten” unless you have one doing the “begetting,” for the apostle John says, “For God so loved the world that he gave his only begotten Son …” (John 3:16).

“To beget,” simply put, means “to father,” and the One doing the begetting, in this case, is God. God, ﬁguratively, laid a baby in the womb of a virgin! When angel Gabriel came to Mary and told her that she would be pregnant with a baby Son, she asked in Luke 1:34, “How shall this be, seeing I know not a man?” (she meant that she was a virgin). Then the angel answered, “The Holy Ghost shall come upon thee, and the power of the Highest shall overshadow thee: therefore also that holy thing which shall be born of thee shall be called the Son of God” (Luke 1:34-35). The angel also had a name for the child; he said to Mary, “And, behold, thou shalt conceive in thy womb, and bring forth a son, and shalt call his name JESUS” (Luke 1:31).

So, Jesus was conceived without human seed. He developed in His mother’s womb, was born in Bethlehem, grew up in the little town of Nazareth where He also spent much of His adult life, died in Jerusalem and was buried there, resurrected from the dead and ascended into heaven where He now is ministering as “mediator between God and men” (1 Timothy 2:5). John 1:14 says, “And the Word was made ﬂesh, and dwelt among us.” The term “Word” being a reference to Jesus, it follows that Jesus was a real person who once walked upon the earth; secular records such as writings by ﬁrst- century Jewish historian Josephus attest to this fact.

However, Jesus is not a mere man. He is God, even though the Bible doesn’t directly discuss His deity. Yet, the writer of this article has no intention of proving that Jesus is God. Jesus’ own afﬁrmation, the declaration of God, the records of the prophets and the testimonies of the apostles, particularly John’s, will sufﬁce. The reader of the book of John doesn’t get past the introduction before they are informed of the nature of Jesus Christ. John says, “In the beginning was the Word, and the Word was with God, and the Word was God.”

Then, throughout the book, the deity of Jesus Christ is afﬁrmed and demonstrated, because this treatise was written primarily to produce faith in Jesus Christ as deity.

This purpose is spelled out in what appears to be the conclusion of the book — chapter 20. In 20:30-31, John writes, “And many other signs truly did Jesus in the presence of his disciples, which are not written in this book; but these are written that ye might believe that Jesus is the Christ, the Son of God; and that believing ye might have life through his name.” Note, the word “believe” is used over sixty times in the book of John, either in the present tense (“believe”), past tense (“believed”), or present continuous tense (“believing”).

In the introductory chapter, John says, “In the beginning was the Word, and the Word was with God, and the Word was God.” It is worth noting that, in Genesis 1, the word “beginning” indicates creation or the commencement of time. So, what John tries to communicate to the reader is the idea that by the time things began to exist, Jesus already existed as a spiritual being. In fact, He had always been there. Contrary to Arius’ doctrine, there was no time when Jesus had no existence. Also, the term “Word” suggests that Jesus was at the origin of the creation of the world — the Greek word translated “Word” in English means “reason” or “account.” Jesus accounts for the existence of the universe (John 1:3).

John presents Jesus Christ as the power behind creation. Christ is Creator, and not a creature as the Jehovah Witnesses would have us believe. This religious group claims that Jesus Christ is a created heavenly being like angel Michael. But this is a completely false teaching that came out of a doctrine that emerged in the 4th century, and was popularized by Arius. And, in an effort to propagate their doctrine, the Jehovah Witnesses have rendered the word “God” in John 1:1 (“the Word was God”) with a little ‘g’. This is blasphemy against the Son of God! The Bible declares that Jesus Christ was in heaven “in the form of God” (Philippians 2:5-6). The term “form” denotes the essence of Christ, and means that Jesus Christ is of the same nature as God.

So, Jesus Christ is deity. He is Creator. But, not only has Christ the power to create, He also has the ability to hold together the things He has made, as one entity, with all its various parts connected to one another — this is the signiﬁcance of the phrase “in him all things consist” in Colossians 1:17. An example of interconnection between natural elements is the process whereby plants use energy from sunlight to transform the mixture of water and the carbon dioxide (CO2) that humans and animals exhale into the atmosphere, while breathing in oxygen, into new oxygen, which they release back into the atmosphere for humans and animals to inhale and continue to live.

Now, if Jesus is the Son of God, He inferably cannot lie. Numbers 23:19 says, “God is not a man, that he should lie.” Some people would go to court for the purpose of providing evidence, and when called upon by the judge to tell the truth, they would vow to tell the truth. Yet, they would eventually, for some reason, testify falsely. But such scenario cannot happen with God, neither can it even be envisaged, because it is “impossible for God to lie” (Hebrews 6:18).

This is the reason why John says, “If we receive the witness of men, the wit- ness of God is greater” (1 John 5:9). John seems to argue that, if we accept human testimonies as basis for evidence in courts of law, despite the fact that people are capable of perjury, we must of necessity accept God’s testimonies, particularly those regarding His Son, because God is incapable of falsehood and deception. The reason for this fact being that God is holy.

On one occasion, prophet Isaiah, in a vision, was able to look into heaven at the scene of angelic beings singing praises to God, and he heard them saying, “Holy, holy, holy is the Lord of hosts” (Isaiah 6:1-4). The repetition “Holy, holy, holy” is a form of emphasis designed to stress the sanctity of God. It conveys the idea that lying, and sin in general, is the complete opposite of the nature of God. So, it is the most serious thing for a human being to accuse God of lying. Yet, this is exactly what some people, of the likes of Jehovah Witnesses, do when they reduce Jesus to a virtuous man and a moral teacher, thus rejecting what God has said concerning Him. They make God a liar!

Have you ever pondered God’s declaration concerning Jesus Christ in the account of the transﬁguration (Matthew 17:1-8)? The accounts states that Moses and Elias or Elijah had appeared to Jesus on a mountain in the presence of three of His disciples, Peter, James, and John. Then one of them, Peter, excitedly said to Jesus, “Lord, it is good for us to be here: if thou wilt, let us make here three tabernacles; one for thee, and one for Moses, and one for Elias.” At that moment, God spoke out of the clouds, in reaction to Peter’s suggestion, and said, talking about Jesus, “This is my beloved Son, in whom I am well pleased; hear ye him.” The imperative phrase “hear ye him” means that we ought to listen to whatever Jesus tells us to do, because He has been invested with the God-given authority to rule over us (Ephesians 1:20-23). Jesus Himself said, “All power is given unto me in heaven and in earth” (Matthew 28:18).

What is the conclusion? We need to take these words of Jesus seriously, “I am come that they might have life, and that they might have it more abundantly” (John 10:10). This statement is not a ﬁgment of Jesus’ imagination. The “abundant life” is life that one ﬁnds only in Jesus Christ, that is through a covenant relationship with the Son of God. Jesus came down from heaven to pro- vide us with spiritual life. John 1:4 says, “In him was life; and the life was the light of men.” Once we understand the impossibility for Jesus Christ to tell lies, then we are ready to believe, submit, and obey His commands. Would you obey Jesus today? Would you respond to His command to be baptized and be saved. Jesus said, “He that believeth and is baptized shall be saved; but he that believeth not shall be damned” (Mark 16:16).

← Prev: The Effects of No Church Discipline Next: Praise to God →