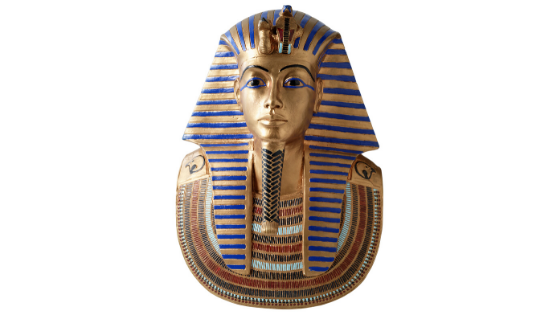 Sunday, November 26 marks the 95th anniversary where, in Egypt’s Valley of the Kings, British archaeologists Howard Carter and Lord Carnarvon became the ﬁrst souls to enter King Tutankhamen’s tomb in more than 3,000 years. Tutankhamen’s sealed burial chambers were miraculously intact, and inside was a collection of several thousand priceless objects, including a gold cofﬁn containing the mummy of the teenage king.

King Tutankhamen was enthroned in 1333 B.C. (during the time of the judges of Israel) when he was still a child. He died a decade later at the age of 18 and so he only made a faint impression on the history of ancient Egypt.

After World War I, Carter began an intensive search for Tutankhamen’s tomb and on November 4, 1922, discovered a step leading to its entrance. Lord Carnarvon rushed to Egypt, and on November 23 they broke through a mud-brick door, revealing the passageway that led to Tutankhamen’s tomb. There was evidence that robbers had entered the structure at some point, and the archaeologists feared they had discovered yet another pillaged tomb. However, on November 26 they broke through another door, and Carter leaned in with a candle to take a look. Behind him, Lord Carnarvon asked, “Can you see anything?” Carter replied, “Yes, wonderful things.”

It was the antechamber of Tutankhamen’s tomb, and it was gloriously untouched. The dusty ﬂoor still showed the footprints of the tomb builders who left the room more than 3,000 years before.

Thus began a monumental excavation process in which Carter carefully explored the four-room tomb over several years, uncovering an incredible collection of several thousand objects, now housed in the Cairo Museum, that shed a brilliant light on the culture and history of ancient Egypt. The most splendid ﬁnd was a stone sarcophagus containing three cofﬁns nested within each other. Inside the ﬁnal cofﬁn, made out of solid gold, was the mummiﬁed body of the boy-king Tutankhamen, preserved for 3,200 years.