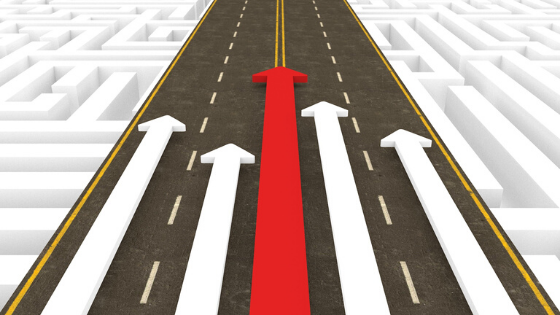 One of the jobs a leader faces is handling problems as they come along. One of the problems leaders have is solving difﬁculties without getting themselves distracted from what God has called them to do. Often leaders can solve problems by doing tasks themselves and robbing time from other important tasks. The apostles solved a major problem in Acts 6:1-8 without being taken from the jobs which God had given them.

In v. 1, there was a difﬁculty in the church. There were two groups of Jewish Christians in the early church. The “Hebrews” were the Palestinian Jews who grew up in the land of Palestine. The “Grecians” were the Hellenistic Jews who grew up in other parts of the world. The early church supported widows indeed but the Grecians felt that their widows were not receiving proper care.

In v. 2, the apostles saw the potential for distraction in the work. Their main ministry was the word of God. It would not make sense for them to leave their important ministry to do something that others could just as easily do. Proper care of the widows was impor- tant, but others could do it. Leaders must remember to perform the most important du- ties God has called them to do, and to let others have part in serving the Lord as well.

In v. 3, Luke records the decision of the apostles. Here in Acts, the ﬁrst deacons were to be appointed. They were to be men of good reputation, full of the Holy Ghost, and full of wisdom. In short, they were righteous and godly men.

In v. 4, the apostles said they would stick with important responsibilities, which were the preaching of the word and prayer. The apostles then ordained the deacons the church had selected by laying their hands on them (vv. 5-6). These seven men began the work of caring for the neglected widows.

Verses 7-8 brieﬂy describe growth. There was peace in the church because the problem had been solved. The word of God increased and so did the number of disciples. Stephen “did great wonders and miracles among the people.”

The church needs good leaders. Good leaders were able to solve problems through the selection of men who could serve physical needs. Our congregation needs to develop men who will serve as elders and deacons. Perhaps no other way can help a church water and plant better than to develop good leaders.