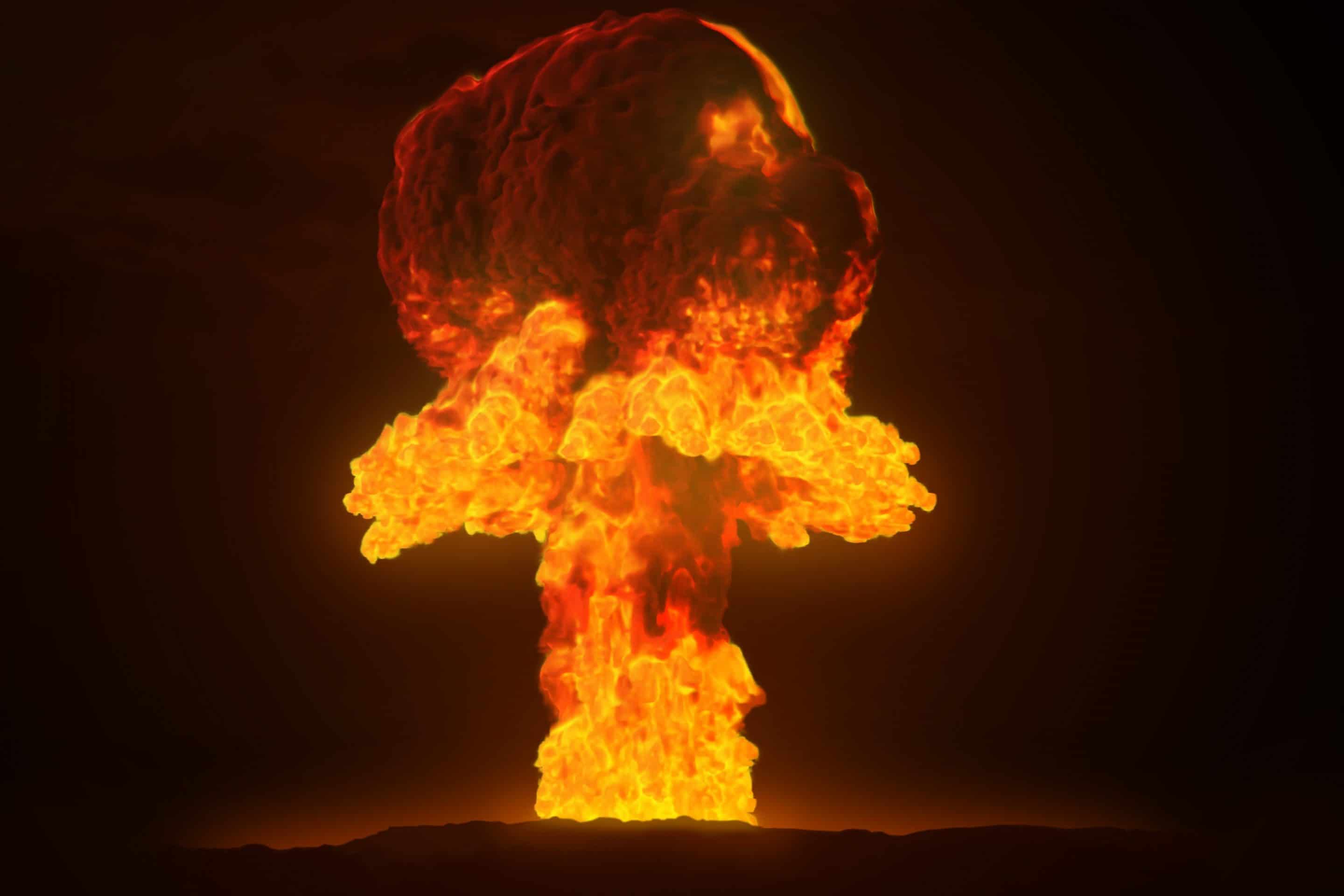 Nuclear Destruction vs. Divine Destruction On December 8, 1987, at a summit meeting in Washington, D.C., President Ronald Reagan and Soviet leader Mikhail Gorbachev sign the ﬁrst treaty between the two superpowers to reduce their massive nuclear arsenals. Previous agreements had merely been attempts by the two Cold War adversaries to limit the growth of their nuclear arsenals. The historic agreement banned ground-launched short- and medium-range missiles, of which the two nations collectively possessed 2,611, most located in Europe and Southeast Asia. The pact was seen as an important step toward agreement on the reduction of long-range U.S. and Soviet missiles, ﬁrst achieved in 1991 when President George H. Bush and Gorbachev agreed to destroy more than a quarter of their nuclear warheads.

I can remember growing up in the 1980s and being constantly reminded of nuclear war. We would have drills at school and were told that it would be the end of the world if nuclear war broke out. Death toll estimates would be in the millions. How terrifying!

But one day God will destroy the earth He created. Peter wrote that “the heavens shall pass away with a great noise, and the elements shall melt with fervent heat, the earth also and the works that are therein shall be burned up” (2 Peter 3:10). All of humanity will come to an end. The earth, instead of being battle-scarred, will be completely dismantled and destroyed. The Lord told us this so that we would listen and obey (v. 11). What manner of person should you be?

← Prev: What Divorce Shows Next: Can Creation and Evolution Coexist? →