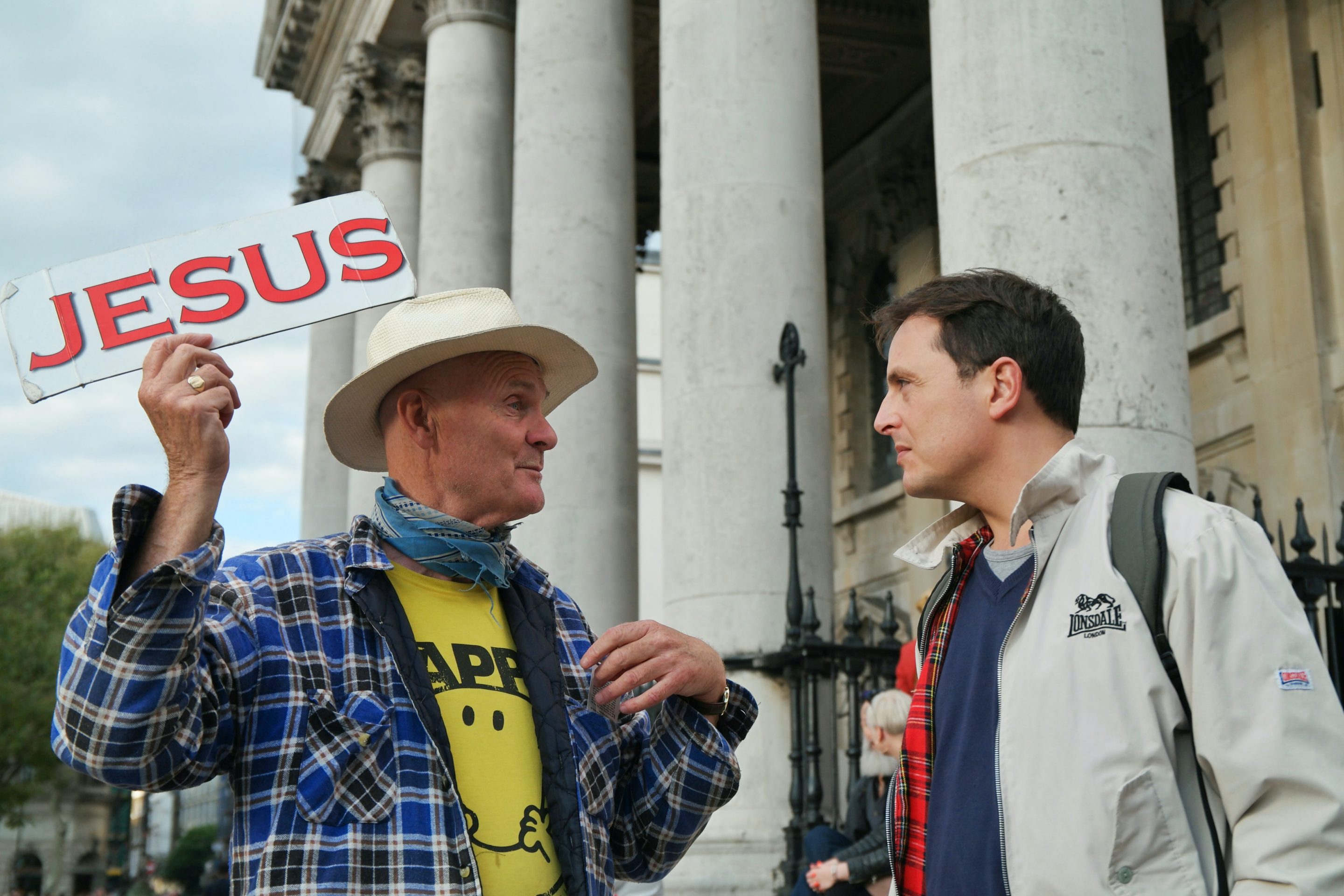 No one I know enjoys controversy or strife. In fact, promoting controversy is wrong (Proverbs 6:16-19). However, most brethren do not realize that to run from controversy when truth and souls are involved is also sinful. Galatians 2:11 says, “But when Peter came to Antioch, I withstood him to the face because he was to be blamed.” Would Paul have been right before God had he have left the situation with Peter alone? Some even believe that we are to do everything we can to run from controversy even when matters of eternity are involved! As we will see, this attitude runs counter to the word of God. Religious controversy exists. Brethren have had to deal with controversy on the subjects of worship and the work of the church, the plan of salvation, MDR, fellowship, the deity of Christ, the A.D. 70 doctrine, etc. Undoubtedly, there will be more religious controversy. But instead of running from it when the situation calls for a firm stand, Christians must know how to deal with controversy (Jude 3). When controversy comes, we must keep in mind these goals: glorify God, secure the saints, save the lost, and expose error.

The first step in accepting controversy is to just understand that it will and must exist. In Acts 28:17-22, Paul told the Jews that the Romans wished to hear him speak because the “sect” of which he spoke was “everywhere spoken against.” So it is obvious that religious controversy was alive and well in the first century (cf. Luke 12:49-53). The gospel is the most divisive element ever introduced on earth in the history of mankind! The apostles were not immune to controversy either. Acts 17:5-8 records controversy in the city of Thessalonica: “But the Jews which believed not, moved with envy, took unto them certain lewd fellows of the baser sort, and gathered a company, and set all the city on an uproar, and assaulted the house of Jason, and sought to bring them out to the people. And when they found them not, they drew Jason and certain brethren unto the rulers of the city, crying, These that have turned the world upside down have come hither also; Whom Jason hath received: and these all do contrary to the decrees of Caesar, saying that there is another king, one Jesus. And they troubled the people and the rulers of the city, when they heard these things.

Controversy can serve godly purposes. First, it can expose sin and error. Ephesians 5:11 says, “And have no fellowship with the unfruitful works of darkness, but rather reprove them.” Second, it can identify false brethren. First Corinthians 11:19 says, “For there must be also heresies among you, that they which are approved may be made manifest among you.” First John 2:18-22 adds, “Little children, it is the last time: and as ye have heard that antichrist shall come, even now are there many antichrists; whereby we know that it is the last time. They went out from us, but they were not of us; for if they had been of us, they would no doubt have continued with us: but they went out, that they might be made manifest that they were not all of us. But ye have an unction from the Holy One, and ye know all things. I have not written unto you because ye know not the truth, but because ye know it, and that no lie is of the truth. Who is a liar but he that denieth that Jesus is the Christ? He is antichrist, that denieth the Father and the Son.” Third, controversy can increase the faith and knowledge of those who love the truth. One is reminded of the Bereans in Acts 17:11 who searched the scriptures daily, to see whether the things said were true. Many older members fondly remember debates because they helped brethren know the truth much better than just pulpit preaching and Bible class teaching. Fourth, controversy can protect the innocent. Romans 16:17-18 says, “Now I beseech you, brethren, mark them which cause divisions and offenses contrary to the doctrine which ye have learned; and avoid them. For they that are such serve not our Lord Jesus Christ, but their own belly; and by good words and fair speeches deceive the hearts of the simple.” Galatians 2:5 states, “To whom we gave place by subjection, no, not for an hour; that the truth of the gospel might continue with you.” If we do not stand for the truth, then those who are weaker in Christ can be influenced and drawn away into error.

What makes religious controversy necessary? First, false teaching makes religious controversy necessary. Jesus said in Matthew 7:15, “Beware of false prophets, which come to you in sheep’s clothing, but inwardly they are ravening wolves.” False teachers abound! Second Peter 2:1-3 states that false teachers bring “damnable heresies” or teaching which will condemn the soul if believed and practiced. False teaching must always be challenged and opposed (Jude 3-4). If we ignore or run away from it, souls will be lost. We must also be willing to engage in religious controversy because of love for and loyalty to God above those in sin. Galatians 2:11-14 says, “But when Peter came to Antioch, I withstood him to the face because he was to be blamed. For before that certain came from James, he did eat with the Gentiles: but when they came, he withdrew and separated himself, fearing them which were of the circumcision. And the other Jews dissembled likewise with him; insomuch that Barnabas also was carried away with their dissimulation. But when I saw that they walked not uprightly according to the truth of the gospel, I said unto Peter before them all, If thou, being a Jew, livest after the manner of Gentiles, and not as do the Jews, why compellest thou the Gentiles to live as do the Jews?” No one illustrates this principle better than Paul. Paul loved Peter, but he loved the truth more! Friendships, family, reputations, etc. should never come before defending and urging truth. Finally, a love for lost souls should compel us to be controversial at times. Acts 13:6-12 says, “And when they had gone through the isle unto Paphos, they found a certain sorcerer, a false prophet, a Jew, whose name was Bar-jesus: Which was with the deputy of the country, Sergius Paulus, a prudent man; who called for Barnabas and Saul, and desired to hear the word of God. But Elymas the sorcerer (for so is his name by interpretation) withstood them, seeking to turn away the deputy from the faith. Then Saul, (who also is called Paul,) filled with the Holy Ghost, set his eyes on him, And said, O full of all subtilty and all mischief, thou child of the devil, thou enemy of all righteousness, wilt thou not cease to pervert the right ways of the Lord? And now, behold, the hand of the Lord is upon thee, and thou shalt be blind, not seeing the sun for a season. And immediately there fell on him a mist and a darkness; and he went about seeking some to lead him by the hand. Then the deputy, when he saw what was done, believed, being astonished at the doctrine of the Lord.” Paul’s conduct did not manifest hatred for the false teacher, but hatred for false teaching. It is strange that some would apologize to Elymas for Paul and make excuses, characterizing him as rude, harsh, and undiplomatic. In fact, some brethren would rather have an association with false teachers who supposedly have a good attitude and shun those who teach truth but supposedly have a bad attitude in the way they present truth.

As difficult as religious controversy can be, the problems which accompany controversy must be overcome. The first problem is the carnal attacks. Frequently, this is manifested in attacking the man’s motives, character, and credentials rather than his arguments. This can degenerate into using ridicule, scorn, humor, name-calling, etc. When we oppose error, we must be careful to address the error, not the man. The second problem is twisting scriptures to uphold the truth. Often, in the heat of controversy, one will misapply scripture while trying to uphold the truth. Truth correctly interpreted and used, is sufficient to oppose error. Truth handled improperly is sinful in that it run counter to the word of God. Paul wrote in 2 Timothy 2:15-19, “Study to shew thyself approved unto God, a workman that needeth not to be ashamed, rightly dividing the word of truth. But shun profane and vain babblings: for they will increase unto more ungodliness. And their word will eat as doth a canker: of who is Hymenaeus and Philetus; Who concerning the truth have erred, saying that the resurrection is past already; and overthrow the faith of some. Nevertheless, the foundation of God standeth sure, having this seal, The Lord knoweth them that are his. And, Let every one that nameth the name of Christ depart from iniquity.” The third problem is emotional prejudices and sinful attitudes that blind us to the truth. Truth must always be our standard, not our relation to the teacher. Galatians 1:10 adds, “For do I now persuade men or God? or do I seek to please men? for if I yet pleased men, I should not be the servant of Christ.” The final danger is a delay. First Corinthians 5:6-7 says, “Your glorying is not good. Know ye not that a little leaven leaveneth the whole lump? Purge out, therefore, the old leaven, that ye may be a new lump, as ye are unleavened. For even Christ, our passover is sacrificed for us.”

Error and sin left unopposed will always fester and foster more sin. One only needs to look back to the institutional controversy and see where those brethren are now to illustrate this point. The more we “let it alone,” the more damage we do to the body of Christ. In Galatians 2:5, Paul would not tolerate these false teachers for even one hour! We must engage the battle against evil (2 Corinthians 10:3-5). By keeping godly motives, we can serve godly purposes when controversy arises. However, we must overcome the pitfalls which turn controversy over truth into sin upon sin (1 Timothy 1:18).

← Prev: Psalms, Hymns, and Spiritual Songs or Other Music? Next: It May Be Closer Than You Think →