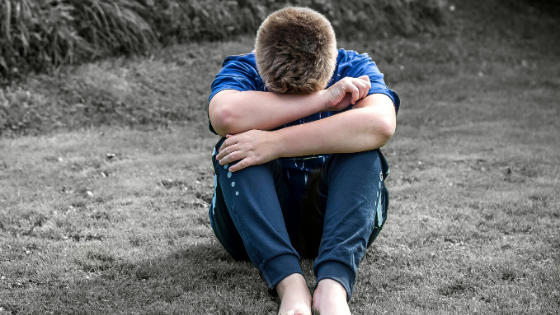 Sins That Bring Reproach on the Church

Restraining the spread of truth is as serious as rejecting Jesus Christ as the Son of God. Paul wrote, “For the wrath of God is revealed from heaven against all ungodliness and unrighteousness of men, who hold the truth in unrighteousness” (Romans 1:18). The term “hold” is applied to those who, by their unrighteous conduct, restrain the spread of truth. It should be the constant concern of every Christian that truth be spread, not hindered. It is the one activity about which the Lord put very few limits.

He came as truth in the person of God (John 14:6). He never failed to teach truth when there was an opening, taking advantage of every opportunity. We are called on to follow His steps. Peter wrote, “For even hereunto were ye called: because Christ also suffered for us, leaving us an example, that ye should follow his steps” (2 Peter 1:21). How He walked, we ought to walk.

Not only did Jesus actively prosecute the spread of truth, He lived His life consistent with truth. His activity was not merely verbal; it was also practical. The book of Acts begins with, “… of all that Jesus began both to do and teach” (Acts 1:3). The order Luke gives is accurate, for Jesus’ teaching followed the example He set. One who lives the truth cannot but spread it.

There are ways each of us can spread the truth. One doesn’t have to have some special talent or “calling” to be able to spread the truth. Does one need any special ability to live an exemplary life of faith? The just of this world live by faith, for they learn how to live from the matchless teaching of the Bible (Hebrews 10:38; Romans 10:17). This is special to Christians, who are called on to be the salt of the earth (Matthew 5:13) and the light of the world (Matthew 5:14). There is power in an example; there is power in teaching. When you combine the two you have double the power of both doing and teaching the truth.

Hindering the spread of truth is a serious matter. If I fail to teach, when an opportunity is present, I hinder the truth in unrighteousness. New Testament Christians “went everywhere preaching the word” (Acts 8:4). It was said of the church at Thessalonica that from them “sounded out the word of the Lord not only in Macedonia and Achaia, but also in every place your faith to God-ward is spread abroad; so that we need not to speak any thing” (1 Thessalonians 1:8). Would to the Lord, that could be said of us.

Oh, anyone may teach the truth, but teaching truth while practicing sin nulliﬁes the teaching. On lasciviousness, W. E. Vine says, “The prominent idea (of lascivious behavior) is shameless conduct.” I know of no more explicit example of this than modern day dancing. It is a shame and a disgrace for anyone naming the name of Christ to engage in such sinful activities. It brings reproach on Christ and his church. All such sins that hinder the spread of truth must be forsaken and forgiven in God’s appointed way (Acts 8:22; 1 John 1:9).

The truth is the means to spiritual freedom (John 8:32). If our love for those who are in the shackles of sin outweighs our own personal feelings and delights, we can allow nothing to hinder the truth in unrighteousness. Solomon wrote, “Buy the truth, and sell it not; also wisdom, and instruction, and understanding” (Proverbs 23:23). Nothing is as important as believing, obeying, consistently living the truth, and spreading it all over the world.

← Prev: The Suffering Servant Next: The Impact of God's Word →