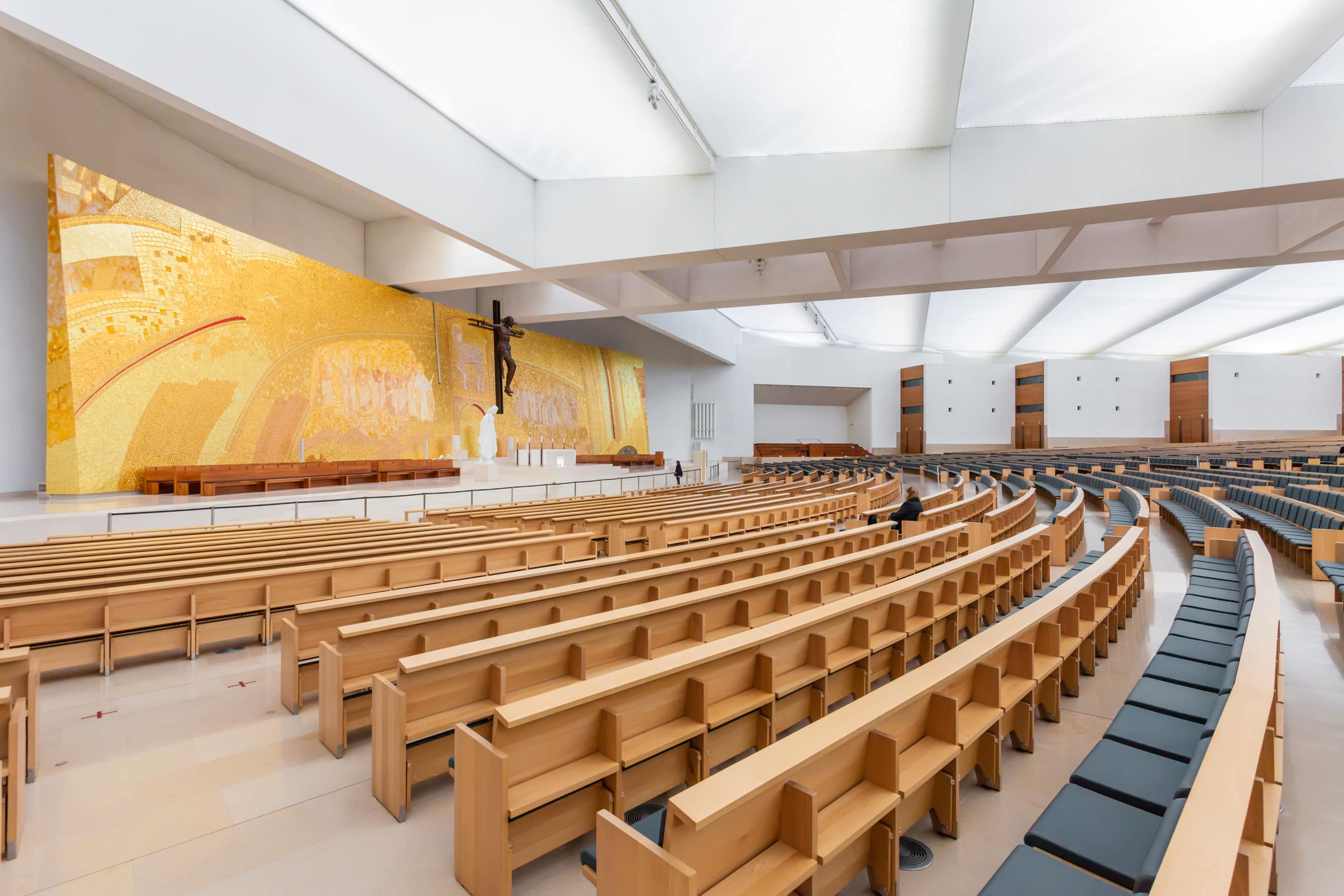 On February 4, 2004, an article posted on Foxnews.com declared that most Americans either watch sports or attend some kind of worship assembly every Sunday. But a growing number of “megachurches” are trying to merge the two by providing entertainment and a “motivational speech” to crowds so big they might as well be attending a sporting event. The definition of a “megachurch” used in the article is a nonCatholic church with an attendance of at least 2,000 each week. These “supersize” congregations attract people by the thousands with “celebratory” services with contemporary music, sermons that aren’t “churchy,” and every social program you could imagine. Ken Woodward, Newsweek’s contributing editor who covers religion said, “If you want to lose weight Jesus’ way, you can join the weight-loss program or join a basketball team … These churches have so many people they don’t just sponsor a team, they sponsor a league.”

At the biggest church in the country, Lakewood Church in Houston, Texas, Joel Osteen preaches to about 25,000 people each week. Osteen said, “I think for years there’s been a lot of hellfire and damnation. You go to church to figure out what you’re doing wrong and you leave feeling bad like you’re not going to make it,” Osteen said. “We believe in focusing on the goodness of God.” Woodward adds, “They tend to be a guilt-free, sin-free environment,” said Woodward. “Sin really has disappeared from the pulpit. It’s too much of a downer, I’m afraid.” Lakewood’s attendance has grown so large that the church recently bought the Compaq Center, a former sports arena, which is being remodeled to hold an even larger audience. Osteen believes Lakewood will be the first congregation in America to reach 35,000 in attendance. Some Lakewood qualities that appeal to a younger crowd are “the best lighting and the best sound system,” a youth ministry program that attracts hundreds every week, and each service that kicks off with 30 minutes of upbeat contemporary music played by a live band.

For those of you who never imagined the “social gospel” ever becoming worse, I hate to disappoint you. Will it ever stop? Some see this as just a fad that will pass like all other fads. But some see this as yet another small step in a greater pattern of digression. My greatest fear falls into the second category. It is of great concern to me that man views the worship and the work of the church as something that must be “palatable” to man. Our worship to God can and should be enjoyable and attract those who are not Christians. Our worship should be enjoyable in the same fashion as the first-century church (Acts 2:41-47). Our worship should attract those who are not Christians in the sense that they hear the word of God and their need for salvation (Acts 8:31-35). Gospel preaching may sometimes address topics and passages which encourage and strengthen us, but sometimes it needs to convict and rebuke us (2 Timothy 4:1-4). Let’s do what we do because we speak as the oracles of God (1 Peter 4:11), not because we feel it must be changed to make a man like it better (1 Kings 12:26-30).

← Prev: "Note Them" Next: The Kingdom Is Like a Slighted Invitation →