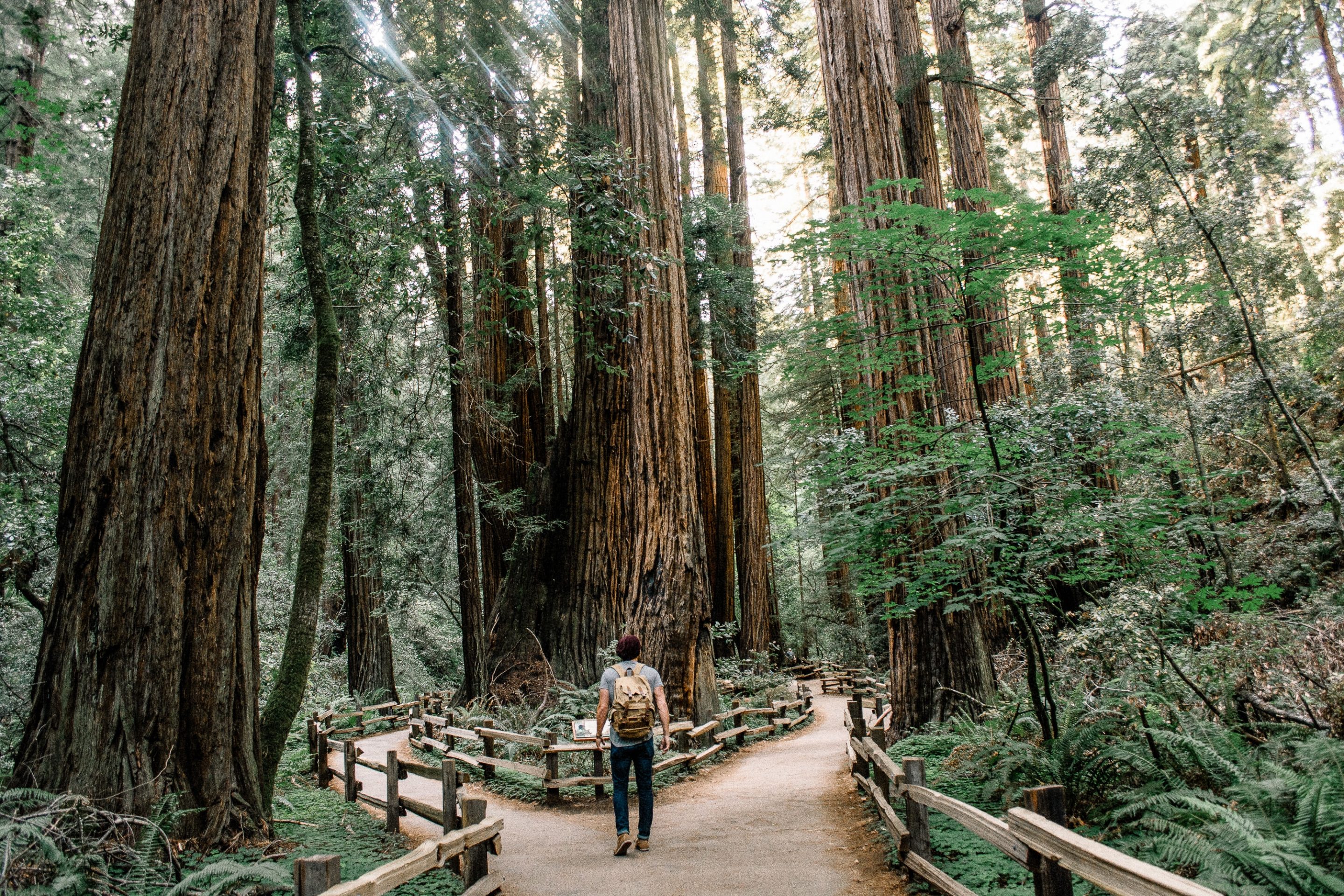 “Thus saith the Lord, Stand ye in the ways, and see, and ask for the old paths, where is a good way, and walk therein, and ye shall find rest for your souls. But they said We will not walk therein.” Jeremiah 6:16

Jeremiah called upon the children of Israel to examine what was happening to their relationship with God and truth. He called upon them to have the courage to go back to the way things were supposed to be, to “ask for the old paths.” The church today is still in need. We need to call for the old paths in depth of dedication and conviction. We need to return to Acts 2 and recapture the spirit of salvation. We need to recapture the faith, hope, and love of a kingdom on an unconquerable mission. Our souls are at stake. The souls of our children and grandchildren are at stake. We must be able to tell them the truth in a world full of error. However, I feel that we may be lulled to sleep and wake up down the road asking, “What happened?” Why do they not go with us to worship? Where did we go wrong? Why are the carnal services of man-invented denominations more appealing than the simple truths of the New Testament? Why are more and more brethren abandoning the faith that was once delivered to the saints? Why are we tired of “contending earnestly” for the faith?

I have seen too many brethren abandon the truth for obvious errors. I have seen plenty of room for individual growth. I have had times when I desperately wanted the local church to improve. But, I have never felt like abandoning truth for uncertainty. I have seen more and more brethren pull away from the old truths in favor of something that has no substance, no pattern, no guidelines, and no rules. I know of friends who will not attend where they once stood for truth. They began to feel that the ancient approach to Biblical authority was inconsistent. They questioned everything and found answers for nothing. It is good to question what we do and have been doing, but it is not good to always question and never establish any sound answers of your own.

One brother questioned whether or not the early church had an on-going treasury into which members were obligated to give every first day of the week. It became a question he never found satisfactory answers for, so he concluded that brethren have never thought about it. He thought he had found a weakness, a question that posed difficult problems to “traditional” thinking in churches of Christ. He began questioning other doctrines that he imagined could not be answered. As time went by, he found plenty of more questions. Soon he was able to share these questions with other brethren who also began questioning. The problem is that they never sat down with brethren of maturity and depth to help find answers. They assumed that they were brethren of depth who had discovered flaws that other brethren were too careless to see. The odd part about these brethren is that they have no questions about the practices and attitudes of the churches or denominations they are now attending.

It is as if there is no need to question the ideas and practices of their new fellowship. I have been amazed at some of my brethren who no longer want to worship with me, but feel that my ignorance is greater than that of the new partners in the denominations. I have a few questions of my own about the principles of truth they seem to have forgotten. I want to know if it was wrong for anyone to have ever opposed Roman Catholicism? When the Reformation Movement shaped the new denominations, were these efforts involved in any error? When the denominations were questioned by the likes of such men as Barton Stone, Jacob Creath, Alexander Campbell, and F. B. Srygley were these men in error, or were the denominations in error? These were men who not only questioned their traditional religions, but they had the conviction and courage to look for definite answers. The modern breed of dissatisfied questioners never has answers. Nobody really has the truth. Therefore, it is all right to participate in all kinds of unscriptural acts. The leap of logic is incredible.

They need not question their present fellowship because their ancient fellowship did not have answers to their questions. The questions are merely smokescreens to cover the real problem, which is a lack of love for truth. Paul wrote, “And with all deceivableness of unrighteousness in them that perish; because they received not the love of the truth, that they might be saved” (2 Thessalonians 2:10). Abandoning the idea of trying to restore the ancient patterns in favor of rubbing elbows with denominations. Is that enlightenment or darkness? They felt embarrassed and limited by the ideas that other churches are wrong. Therefore, if they could find some questions for the practices of local churches of Christ, it would seem to demonstrate that nobody really has the truth, and it is just as well to support other errors.

With this mentality, you can fellowship whomever you want, and act like it does not matter because there is an error in all churches. It is a cowardly way of dealing with the word of God. This attitude conforms to the popular club church rather than challenging anyone to abandon any kind of religious error. Why are some brethren joining in with this mentality? Was it ever really a good idea to discuss and debate the issue of baptism? Is there truth on this issue? A concordance on the word “truth” should clearly show that there is “truth.” The whole Bible shows how error has been believed and promoted from the very beginning. Therefore, it is foolish to act like we do not have an obligation to know the truth and defend it. But, why are some brethren abandoning the ship of truth? At least three reasons might be suggested.

Some Brethren Are Over-Reacting to Stale Worship

It is true that the heart is distant to God at times. We all get in a rut. We go through the motions with little sincerity. This was true of the denominations who felt free to adopt new methods of worship. However, truth should demand that we rebuke ourselves and demand self-examination and evaluation of our hearts. Truth should call upon us to reflect on our shallowness of sincerity. Truth should challenge us to improve our approach to worship. But, just because we have tasted stale worship is no reason to call for other errors. Lack of heart does not give a license to abandon the scriptural authority and accept an assembly where unscriptural items are employed. Why not rebuke our errors and call for improvements rather than using it as an excuse to join churches who feel no need to establish authority for what they do?

Some Brethren View Themselves as Finding New Freedom

Freedom at the expense of truth is not freedom. Jesus said, “the truth shall make you free” (John 8:32). Some of my friends feel free to worship with denominations. If we can worship as we please, then there can never be an objection to the way Catholics or pagans worship. The attitude is not one of conviction but compromise. There is no legitimate stopping place, once we yearn for the freedom to please ourselves instead of searching God’s word for His will to be done in worship. Remember, it is the false teacher that lures by promising liberty (2 Peter 2). We should find real freedom in desiring to do God’s will and rejoicing when we are so engaged.

Some Brethren Have No Backbone

They do not want to have to challenge denominational friends or the ideas they hold. It is uncomfortable not to be popular, or for our children not to be popular. What many do not realize is that fear can propagate what is not true just as effectively as aggressive teaching. So your silence in your group of friends who are discussing their belief in faith healing will do as much harm as the man or woman they support in the so-called “mission field.” We must have some convictions and we must be transformed in the way we think. God’s will should be primary and conformity to popular opinion should not be our primary concern. We need to accept rejection as a part of the cross our Lord called us to bear. Jesus was crucified and died because of an influential opinion. Those in positions of power nailed Him to the tree. We must have some backbone, and if necessary, suffer rejection as He did.
The truly sad state of affairs is that now we no longer talk of just our denominational friends. Progressive brethren who used to stand behind the idea of “book, chapter, and verse” are now forsaking those ancient paths and treading in the footprints of denominations. Paul admonished, “Watch ye, stand fast in the faith, quit you like men, be strong” (1 Corinthians 16:13).

Jeremiah said, “Stand ye in the ways, and see, and ask for the old paths.” It is clear that our world needs some new, convicted leaders who will revive interest in the old paths. The social-club churches are marking out ways that abandon the truth of God’s word and promote a false sense of security while pleasing self in the place of God. We must strive to call people back to the old paths. Do not forget that the pattern for work and worship in the Lord’s church was set for us in the New Testament. Do not go looking for greener pastures. Plant yourself in the book and demand that the church and the world join you there.