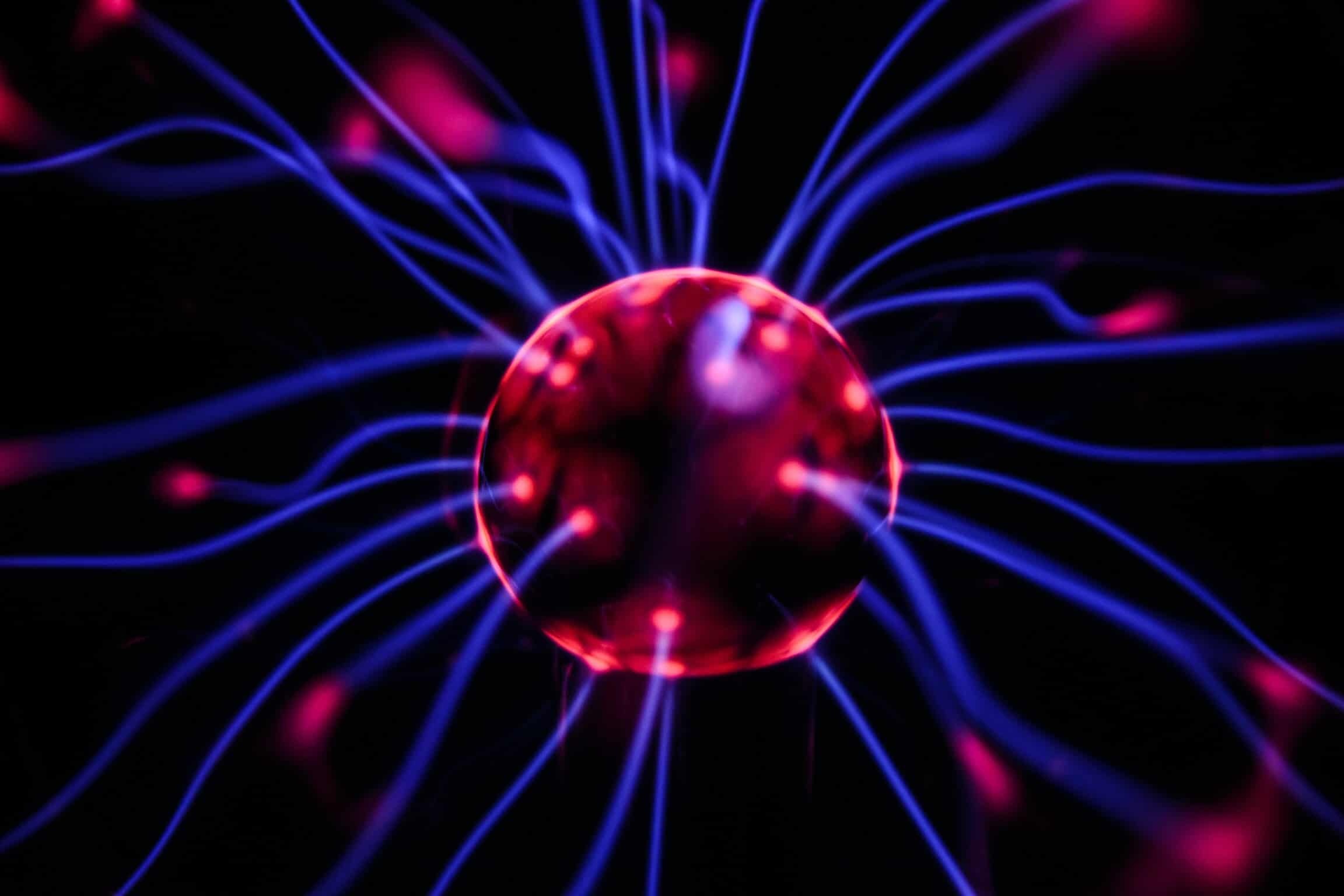 The Bible, Science, Skepticism, and Creation

When one reads the biblical account of creation and the numerous passages appealing to that account, he must admit the clarity of the literal interpretation of the creation account afﬁrmed in Scripture. Those who reject the obvious and consistent appeal of God’s word to the literal interpretation of the creation account do not search the Scripture to validate their view. Instead, they reject the clear teaching of the Bible in favor of supposed “scientiﬁc” evidence. They then reinterpret the Bible text so as to make it non-literal. Thus, the current “scientiﬁc” interpretations of our day are used to change the plain text of Scripture.

Many in the denominational world are doing the same thing with the reinterpretation of plain passages condemning homosexuality due to supposed “scientiﬁc” proof that sexual orientation is genetically determined rather than being a choice. In both cases, the supposed “scientiﬁc” evidence is in actuality neither scientiﬁc nor evidence. Such views are based upon interpretations and theories which do not fall within the realm of true scientiﬁc proof.

A few weeks ago, I received a quote from a young man who has taken this approach to its logical end. He said:

I believe that a strictly literal interpretation of Genesis 1-2 combined with dogmatic Young Earth creationism must lead inevitably to a direct contradiction between the Bible and science. I do not believe that the Bible’s authors were particularly concerned about history, chronology, and the age of the Earth. Old Testament Israel was too involved in the process of attempting to form a functioning society in a violent world to concentrate on questions regarding the origin and development of the Earth and human society.

Not only does this statement betray a rejection of the literal truth of the creation account, but it explains the Bible’s composition as originating from human authors with their historical and cultural limitations. The Bible clearly claims that the teaching in Scripture was the result of concepts, timing and words chosen by the Spirit (1 Corinthians 2:6-13; 2 Peter 1:20-21).

Bible believers accept the verbal inspiration of Scripture — that the words were chosen by God to convey the message as He desired. Bible believers accept the plenary inspiration of Scripture — that God’s word is true in every matter it addresses (Psalm 119:128; 19:7-9; 93:5). When one tries to reinterpret the Scripture to ﬁt “scientiﬁc” speculation, rather than the other way around, he has a fundamental lack of faith in God’s word that will only get worse. If one determines to believe no Bible passage which would conﬂict with present “scientiﬁc” observation and interpretation, he will eventually reject all accounts of miracles. Let us notice a few examples.

During the reign of Hezekiah, Isaiah told the king that he would not recover from a grave illness, so he was to prepare for death. Hezekiah prayed to God that he might live. God responded to Hezekiah’s prayer saying through Isaiah that Hezekiah would be given an additional 15 years of life. To verify that word from God, Isaiah said, “And this shall be the sign unto thee from Jehovah, that Jehovah will cause the shadow on the steps, which is gone down on the dial of Ahaz with the sun, to return backward ten steps. So the sun returned ten steps on the dial whereon it was gone down” (Isaiah 38:7-8; 2 Kings 20:8-11).

Can we explain scientiﬁcally how this could happen? Absolutely not! Do we still believe that it happened? Yes, without a doubt! Why? Because God said it happened through His word. If we try to explain such an event in scientiﬁc terms, we cannot do so. To suddenly stop the rotation of the Earth and make it rotate backward momentarily and then reverse again to go in the original direction presents insurmountable problems. With the Earth spinning at about 1,000 mph at the equator, the momentum problem simply cannot be solved in a scientiﬁc sense. If we say the event happened by the Sun and the remainder of the universe is moved, the scientiﬁc problems only multiply. So how do we explain it? We do not attempt to reconcile science and the Bible. It simply cannot be done. We merely believe the God who created the heavens and Earth by speaking them into existence can also reshape that creation by the same power. It is a miraculous action outside of the scope of scientiﬁc investigation.

At the rescue of Gibeon, God caused the day to be lengthened so that the Israelites could fully defeat the Amorites (Joshua 10:12-14). Just as in the above case of Hezekiah’s time, we cannot explain in scientiﬁc terms the sun remaining in the same position relative to the Earth for a whole day. It is impossible by the natural laws of science. Does that mean the Bible record must be interpreted in a non-literal fashion? Absolutely not! It means we believe the historical account as given in the Bible because God said it. In the working of miracles, the natural laws of science do not constrain God. The Creator can act and has acted outside of the natural order. Is this so difﬁcult to believe and accept? Science is helpless and useless in ascertaining the “how” of miraculous action.

The Division of the Red Sea

When God delivered the Israelites from Egyptian bondage, He causes the Red Sea to divide for their passage. The text records that historical event in these words: “And Moses stretched out his hand over the sea, and Jehovah caused the sea to go back by a strong east wind all the night and made the sea dry land, and the waters were divided. And the children of Israel went into the midst of the sea upon the dry ground: and the waters were a wall unto them on their right hand, and on their left” (Exodus 14:21-22).

Can we reconcile the Bible account with the natural properties of water to explain how water could form a wall on either side of a dry path? No, it is impossible to explain such in scientiﬁc terms. Yet, by faith, we accept that it happened by miraculous means just as God said it happened. When one requires a reinterpretation of the text to explain the event in natural or ﬁgurative terms, his real problem is a lack of faith.

The Virgin Birth and Resurrection of Jesus

The New Testament makes the case for the divine nature and Messianic place of Jesus on the basis of miraculous action in which science declares impossible. In simple, typical narrative form, the text says: “Now the birth of Jesus Christ was on this wise: When his mother Mary had been betrothed to Joseph before they came together she was found with child of the Holy Spirit” (Matthew 1:18).

Can we given a scientiﬁc explanation for such? Paul stated as history the fact “that Christ died for our sins according to the scriptures; and that he was buried; and that he hath been raised on the third day according to the scriptures” (1 Corinthians 15:3-4). Can we clarify the biological process by which that happened? No, for if we could, it would no longer serve as divine proof of the authority of Jesus Christ. That it is beyond the ability of physical law to explain is exactly the point! Miracles are evidence from God to man for the precise reason that they do not conform to physical law, nor can they be reproduced by the scientiﬁc method.

In matters pertaining to the miraculous action of God, we walk by faith and not by sight (2 Corinthians 5:7). Any effort to reinterpret a historical account of one miracle into a non-literal form, so as to conform to scientiﬁc thought, is an assault to the foundation of faith (John 20:30-31). If such can be done with one narrative, it can be done to any narrative of a miracle. A century ago, that was the attempt of modernism. Postmodernist thought today is attempting the same. If we lose the battle for faith in the historical narrative of the creation, no historical narrative of a Bible miracle or event is safe from similar reinterpretation. The lack of faith in the integrity of the Scripture began at the rejection of the literal nature of the creation account in denominational seminaries long ago.

Today, they have abandoned any pretense at believing in the Bible doctrine of inspiration, the virgin birth, the bodily resurrection of Christ or other fundamental truths of the Bible. Those making room for advocates of non-literal interpretations of Genesis 1 and 2, so as to incorporate the “Big Bang” and billions of years of naturalistic evolution in keeping with “scientiﬁc” theory, are taking the same path trod by denominationalists long before (It is no wonder some of them are ready to accept those in the denominations as “Christians”). There is no more fundamental ground for which to contend than the very foundation of our faith. Content earnestly for the faith and oppose the error which assaults it (Jude 3). 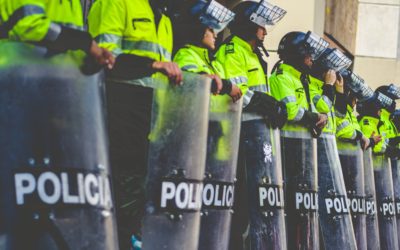 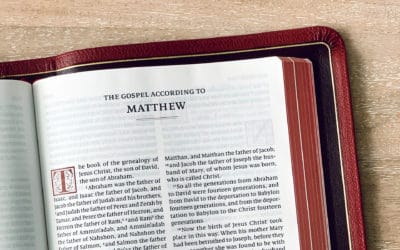