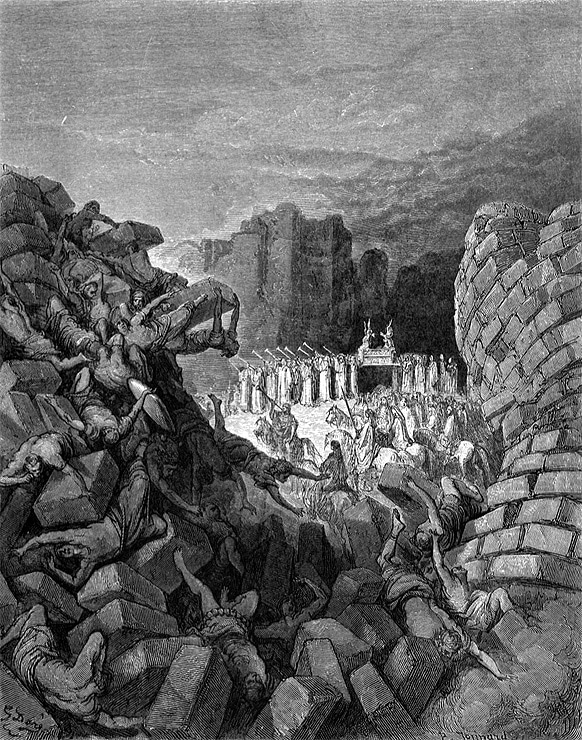 The Days of Joshua 6

After Israel crossed the Jordan and was ready to attack the city of Jericho, the Lord commanded Joshua on how to proceed. The text says, “Now Jericho was securely shut up because of the children of Israel; none went out, and none came in. And the Lord said to Joshua: ‘See! I have given Jericho into your hand, its king, and the mighty men of valor. You shall march around the city, all you men of war; you shall go all around the city once. This you shall do six days. And seven priests shall bear seven trumpets of rams’ horns before the ark. But the seventh day you shall march around the city seven times, and the priests shall blow the trumpets. It shall come to pass, when they make a long blast with the ram’s horn, and when you hear the sound of the trumpet, that all the people shall shout with a great shout; then the wall of the city will fall down flat. And the people shall go up every man straight before him'” (Josh. 6:1-5).

Traditionally, Bible believers have understood the days of Joshua 6 to be literal consecutive 24-hour days. However, with the great advances in science, we may need to rethink our position on this matter.

We know by experience and observation that an army cannot simply walk around the walls of a city, ancient or modern, and expect them to fall down. A large army of 2 million strong men cannot walk around a walled city once a day for six consecutive days and seven times on the next day and cause the walls to fall. This, modern scientific scholars tell us, is impossible! Therefore, if we are to maintain some kind of faith in the biblical record, there must be an explanation. The explanation must be that the “days” of Joshua 6 are not literal and/or consecutive days — they MUST be vast eons of time or days separated by vast eons of time.

You see, according to (pseudo) scientists, we are told that in order for city walls to fall separate and apart from a pick and shovel (dynamite or bulldozer), the only way is for them to deteriorate over a long span of time — the elements will bring the walls down eventually. In time, lots of time, the walls of a city such as Jericho could crumble due to the rain, heat, and wind. Hence, the biblical account of Joshua 6 can be harmonized with science by viewing the “days” as either vast eons of time or days separated by vast eons of time. Shazaam! It makes for some OLD Israelites but never mind that.

Let us maintain our faith in the word of God and reject the “profane and idle babblings and contradictions of what is falsely called knowledge — by professing it some have strayed concerning the faith” (1 Tim. 6:20-21)

← Prev: Cedar Paneling in the Ark Next: To Alexander From Asthenes →