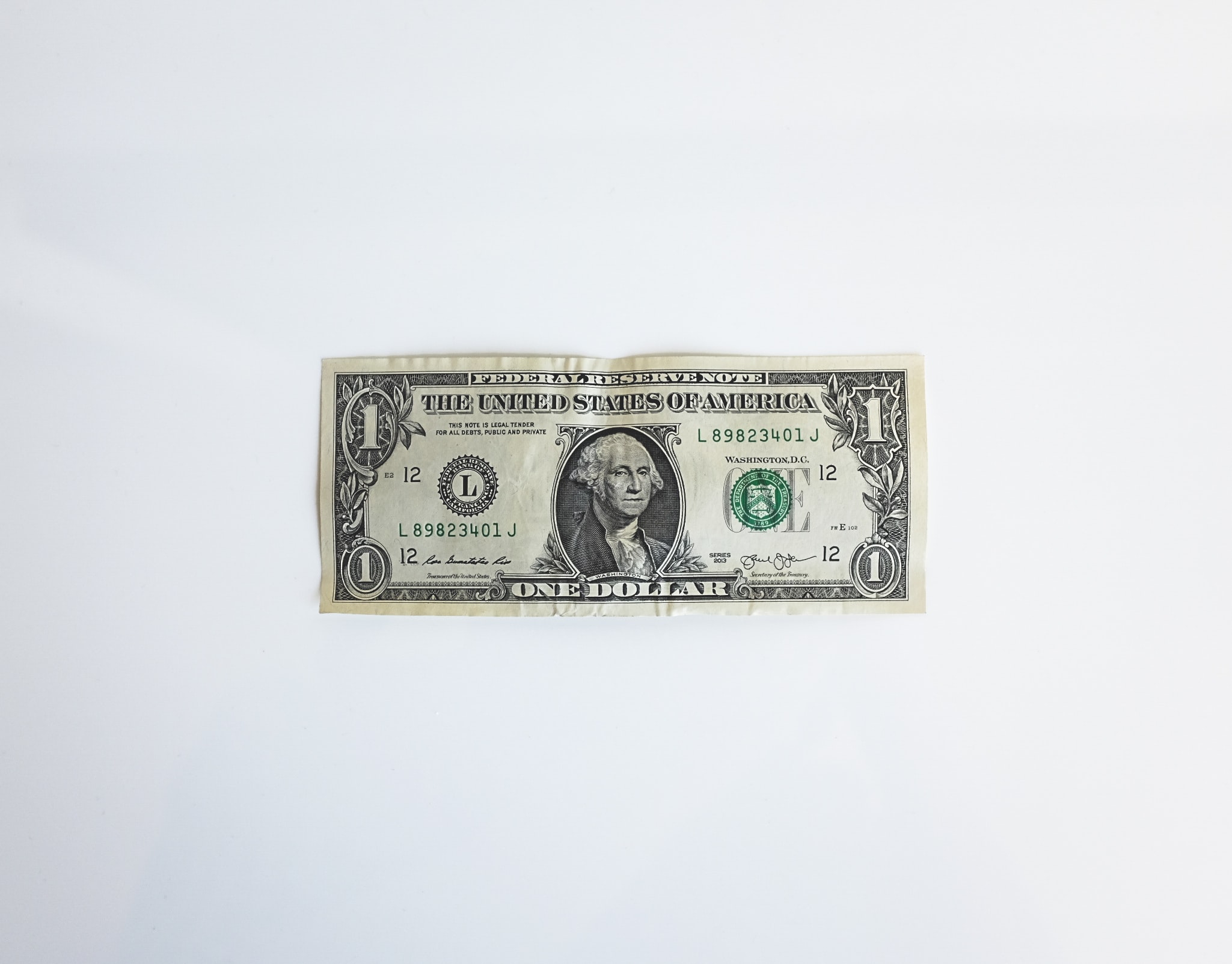 The High Cost of Generic Preaching

Preaching the gospel is not an easy task. It is not easy, nor pleasant, to give the people what they need to equip them to be strong and stand for the truth. And preachers, like everyone else, can grow weary in well-doing. Thus, some drift into generic preaching. It is not only easier, but it pleases the crowds, and the congregation seems at peace. Generic preaching pleases many elders because of they, the same as the preacher, grow weary of the effort that goes with distinctive Bible preaching and teaching.

When I talk about “generic” preaching, I mean (a) opposite of distinctive preaching; (b) the preaching of general sermons with no speciﬁc application given; (c) preaching the “smooth” things to make people feel comfortable; (d) sermons that never make one feels he needs to make changes in his life; (e) no controversial, nor militant lessons; (f) not laying it on the line; and, (g) preaching like water, seeking the path of least resistance.

I did not say generic preaching was teaching of error, but one can reach these kinds of lessons week after week, never teaching any error, while starving a congregation. Many preaching is giving the pew what the want instead of what they need. Why are so many preachers embracing this type of preaching?

In his book, The Kingdom Of Promise And Prophecy, R. L. Whiteside told the story of a man talking to a gospel preacher. The man asked, “Why do we not have great gospel sermons like those we used to hear?” The reply was, “There is no demand for them.” He went on to ask, “Have we reached the point where preaching is trimmed down to ﬁt the demands of the times?

Cary McMullen, a newspaper writer, wrote an article in the Times Daily of Florence, Alabama stating, “Many Americans are selecting a place of worship where they feel comfortable.” The results of a George Gallup Jr. poll stated, “Too often the faith professed by folks is superﬁcial, with people not knowing what they believe or why.” He further stated, “Americans tend to view faith as a matter between them and God, to be aided, but not necessarily inﬂuenced, by religious institutions.” I am sure all those surveyed were not members of the church, but this is the same attitude expressed by many of God’s people.

God intends for each individual to examine what is taught in light of His word. Bible knowledge is the Christian’s defense against apostasy, sin, and false teachers. But in the real world, we know that when we are busy, Bible study suffers. Many begin to seek the minimum they can do. They do not want to hear preaching that demands something of them. The demand of the day becomes “watered down” preaching. And there always seems to be some preachers ready to answer the call, while some elders allow, and even encourage it.

As with most seeds, the seed of apostasy needs prepared and fertile ground. And history has proven that one of the best ways to prepare a congregation for apostasy is for preachers to become lax in preaching the whole counsel of God, and begin preaching general sermons. I do not believe any of those, preaching such, have the intention of allowing sin and error to creep into the ﬂock. In fact, they believe they are doing what is best for the congregation. But, once a congregation becomes accustomed to the peace and harmony of generic preaching, they will become soft and unprepared for battle. They become easy prey and will watch the battles from their seats on top of the fence.

Look around at the congregations that once were known for “strong” distinctive preaching, and members that answered the battle cry when danger threatened, but today cry neutrality or church autonomy when issues arise. They know the truth, but many do not want to go through the stress of battle because they have become weak from a lack of solid food. But, does the Lord really allow any to remain neutral during a battle for truth? “In the day that thou stoodest on the other side, in the day that the strangers carried away captive his forces, and foreigners entered into his gates, and cast lots upon Jerusalem, even thou wast as one of them” (Obadiah 11). Do they not know the deafening sound of their silence speaks loud and clear of the side they have chosen? Yes, they have become one of them, whether they like it or not.

Thus, we see the lack of distinctive Bible preaching taking its toll today. The division that the church is experiencing today is a good example. Many in the Lord’s church do not even know there is a division among us. Many preachers choose to not preach about the issues because they say, “We don’t have that problem here, and we just don’t preach about it.” The best way to have a problem is not to preach about it.

Because so many, even in the “conservative” ranks, tend to think liberally about such subjects as dress, attendance, dancing, social drinking, marriage, divorce and remarriage, creation, God’s grace, mixed swimming, the role of elders, church autonomy, who is a false teacher, and even baptism, this type of thinking is allowed to exist because of generic preaching. All that is needed for them to apostatize is for a preacher to get up in the pulpit and agree with them. And some preachers have already answered the call, loud and clear, by teaching that some moral and doctrinal matters can be fellowshipped using Romans 14. This allows fellowship of all the above and much more. If not, how do we choose what to leave out? This false doctrine has such far-reaching consequences that we can only imagine what it will affect in future generations.

Already a great price is being paid because of the division this false teaching has brought among us. Many preachers that stood side by side in defense of Bible authority and fellowship during the institutional battle now stand divided. Bible authority and fellowship are still the issues, but some have moved from the stand they once took. It is sad to see that some, in the past, would cry out in anger at some of the same things they will preach, teach, or fellowship today. This not only puts their soul in danger but also they are inﬂuencing a great number of people that have conﬁdence in them.

We are already paying a great price among many congregations that once fellowshipped each other’s meetings, but are now silently shunning each other. There is a deadly quietness that separates friends and even families concerning the issues. One brother said, “This will be a silent split.”

We are paying a great price for generic preaching because the church will lose its identity if it continues. As I read the advertisements of some churches of Christ, I am amazed at the similarity with the denominational ads. It is difﬁcult to know what they believe anymore because they do not declare it as they once did. The sufﬁciency and distinctiveness of the churches need to be declared.

The old saying, “As the pulpit goes, so goes the church” is very true. It is the preacher’s responsibility to “preach the word” as talked about in Nehemiah 8:8. Paul told Timothy, “Preach the word! Be ready in season and out of season. Convince, rebuke, exhort, with all longsuffering and teaching” (2 Timothy 4:2). We need a balance of preaching that can be understood by all in the pew.

When distinctive Bible preaching is being done the people do not have to wonder what has been said, or what point was being made. When people leave the assembly after hearing a sermon on the immodest dress there should not be any doubt that they should cover their nakedness. Instead, many times we hear some preachers trying to ﬁnd “loopholes” that will allow folks to dress in the style and fashion that pleases them. And, if they cannot ﬁnd a “loophole” they will water down, or apologize for God’s principles to the point the sermon is worthless.

We need the ﬁrst principle sermons to get people saved and distinctive preaching about how to stay saved. We need to hear sin called sin, and the direct application made to the pew. Some young people have never heard this type of preaching, and it has been a long time for many that are older. Our young need to be indoctrinated in the whole counsel of God, and only distinctive preaching and teaching will get it done. There are some things that do not seem wrong, in and of itself, but history has proven they can lead to places a Christian does not need to go. This is where we need to apply the lessons learned. We need to look where the practice has led others that did the same thing, and warn the people not to go there.

No, it is not as hard to preach about general sin as it is to point out speciﬁc sins. That is why it is so difﬁcult to preach distinctive lessons. One older preacher said he thought he could “let up” as he got older, but found this was not true. Yes, the “great battle” of the past few decades was very tiresome, and some have grown weary of pointed sermons, but preachers and elders need to remember that if souls are to be saved the gospel must be preached boldly. The bottom line is that the high cost of generic preaching will be paid with many souls in the pew and their blood will be on the hands of preachers and elders who failed to blow the warning trumpet.

← Prev: "Behemoth” and “Leviathan” #2 Next: Common Knowledge and the Scriptures → 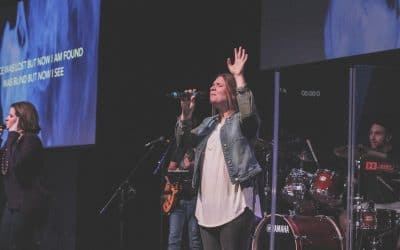 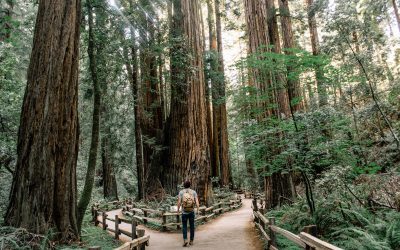