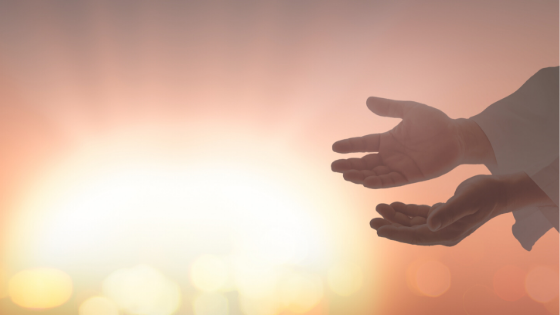 The Jesus That We Should Know

There was an article entitled “Holy Cross Theology Professor Says Jesus was a ‘Drag King’ with ‘Queer Desires’. In this article, it discussed about a new theology professor at the Catholic ran “College of the Holy Cross” located in Worcester, Massachusetts, named Professor Tat-Siong Benny Liew made a statement that based on his studies and fully believes that Jesus was in fact as it says in the title a “drag king” with “queer” or homosexual desires during His time on Earth. The easy thing to say is, “Well, this is obviously ridiculous” and we would discard the article. However, I chose to continue to look into it and read the article. In the article, it brought in this example from the professor Liew’s studies that in John 13 when Jesus, on the night of the Last Supper, washed the feet of the apostles; that this action is “suggestive,” like “a literary striptease,” and “even seductive,” because it “shows and withholds at the same time.” There are many issues with these beliefs but let’s look through the conclusion this professor makes of Jesus being homosexual and defuse the argument.

First, we need to keep in mind that homosexuality is wrong. We have many scriptures laid out for us that tell of this sin. 1 Corinthians 6:9-10 reads, “Do you not now that the unrighteous will not inherit the kingdom of God? Do not be deceived. Neither fornicators, nor idolaters, nor adulterers, nor homosexuals, nor sodomites, nor thieves, nor covetous, nor drunkards, nor revilers, nor extortioners will inherit the kingdom of God.” The text is pretty clear but if need be, there is more evidence proving this. Romans 1:26-27 talks about God giving people up for “leaving the natural use of the woman, burned in their lust for one another, men with men committing what is shameful, and receiving in themselves the penalty of their error which was due.” Of course, there is also the infamous example of Sodom and Gomorrah in Genesis 19 where the men were so immoral, and their hearts were so far from God, that even after being stricken with blindness, they continue to try and ﬁnd the door so that they may “get to know” the two men in Lot’s house. As a result of this lust and wrongdoing, God destroyed the cities.

Second, we need to remember that Jesus could not have done or acted the way the professor claims in this article because of one simple truth: If Jesus sinned and did wrong, then His sacriﬁce for us would mean nothing. In the Old Testament, when sin offerings were made, they required a perfect lamb — in other words — a lamb without spot or blemish. This principle is carried forth for us in that the blood of bulls and lambs could not save us (Hebrews 10:4). So, we needed something more pure, something more perfect and spotless to ﬁll its place and that thing was Jesus Christ. If Jesus carried Himself the way this professor claims, then it completely contradicts the core structure of the gospel.

Most of the time, when people have made claims before of Jesus sinning or Jesus living in a worldly manner, they are not trying to be vindictive (I am not saying that they are not wrong), they are wanting and trying to show the humanity in Jesus where it is not needed. However, no matter what the intention is, saying Jesus is or during His time on Earth was anything different that what the Bible claims Him to be is utterly wrong. The Bible already explains the humanity of Jesus enough for us. Hebrews 5:8 says, “Though He was a son, yet He learned obedience by the things which He suffered.” We also have in Matthew 4 an instance of Satan coming to Jesus and tempting Him not once but three times! Greater than those, we have the account of Jesus on the Mount of Olives in Luke 22:41-44 where it reads, “And He was withdrawn from them about a stone’s throw, and He knelt down and prayed, saying, Father if it is Your will, take this cup away from Me; nevertheless not My will, but Yours, be done. Then an angel appeared to Him from heaven, strengthening Him. And being in agony, He prayed more earnestly. Then His sweat became like great drops of blood falling down to the ground.” Jesus knew of the pain and anguish He was about to go through, and it brought Him great agony. He didn’t want to go through what was about to transpire and begged that if was the will of God that it could be taken away from Him; but that is the beauty of the scriptures! Jesus came to this Earth as a man, was tested by Satan just as he does everyone, stared death in the face as all men shall, and pleaded that He would not have to face the pain He was going to endure. However, He loved each and every one of us so much, that He allowed the beating, and shouting and the shedding of His blood and to be put on a cross and die in one of the most excruciating ways possible, so that we may have a chance of being in heaven with Him some day. Let us not give ear to these claims of Jesus that are not there in the world but rather only focus on the scriptures and who they say Jesus is.

← Prev: Google Celebrates 50 Years of LBGTQ Pride Next: Should We Be a "Full-Service" Church? →