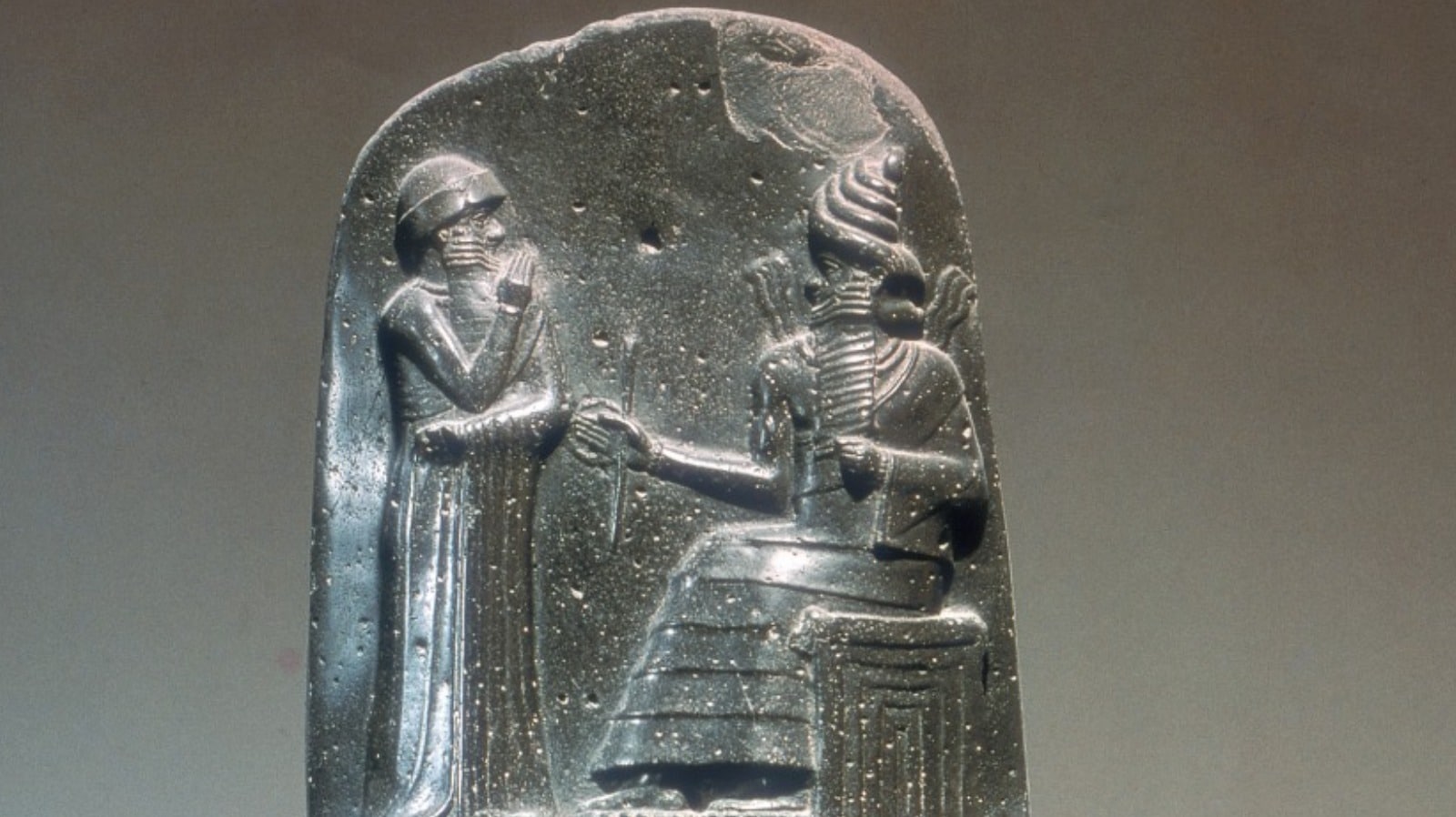 The Law Code of Hammurabi

One of the grandest facts about the ongoing findings of archaeology is that it never fails to produce unique and interesting finds that open up new proofs for conclusions previously unknown. One such find was the law code of Hammurabi. Hammurabi was the sixth king in the Babylonian dynasty and ruled from approximately 1792 to 1750 B.C. He was a great military leader, enlarging Babylon from a small city-state into a vast world empire, covering all the land from the Tigris to the Euphrates. However, Hammurabi is best known for his extensive list of law codes. Scholars date the code c. 1780 B.C. The stele on which the code was written was discovered by an Egyptologist named Gustav Jequier in 1901. The find was located in modern-day Iran, near the ancient Babylonian city of Susa.

The law code is consists of an introduction stating that Hammurabi was chosen by the gods to record the code, followed by 282 statements of law, and concluded with an epilogue. What is unique about this code is that unlike other ancient findings, it is completely intact. Before this discovery, skeptics resisted the older date of the first five books of Moses. However, since this discovery, those conclusions have been challenged. Archaeology has revealed that this code predates the Law of Moses.

One of the reasons why this perplexed scholars when it was discovered is because of the small number of law codes known to exist at the time. Scholars first believed that the Mosaic Law was derived from the code of Hammurabi; however, further archaeological finds have forced scholars to abandon this theory. In fact, many countries had law codes at this time demonstrating that the code of Hammurabi is not as unique as first thought. However, there is more to it than just similar law codes.
As one compares the two they will see that the Mosaic Law goes beyond Hammurabi’s code or any other ancient code of law, being grounded in the worship of the one true God. Hammurabi’s code deals with many subjects which can be divided into twelve sections: legal processes, thieves, vassals,
homes and land, trade-ins, deposits, family, injury to others, building, hiring, and the treatment of slaves. Marriage, family, and property are covered in 67 paragraphs within the code.

With all the subjects covered, there is one that missing: religion. According to Hammurabi, he received this code from the Babylonian gods Anu and Bel, but while it was received from gods, the subject of religion was not addressed in the code. There was no overall theme to this code, just a list of rules and regulations, with no deeper application to be made than submitting to the rules themselves.
This is not the case when one reads the Mosaic Law. While on the surface the law does state a variety of regulations in which the Israelites were to follow, the theme of the law is abundantly clear when the entire narrative is read. God’s law was designed and had the power to convict the heart and soul; Hammurabi’s code and other laws were not. The focus of the Mosaic Law was not just following God’s commands, but developing a character of love in the Israelites.

While Jesus was teaching in Jerusalem, a lawyer came and asked Him about the greatest commandment. Jesus said, “You shall love the Lord your God with all your heart, with all your soul, and with all your mind.’ This is the first and great commandment. And the second is like it, ‘You shall love your neighbor as yourself’. On these two commandments hang all the Law and the Prophets” (Matthew 22:35-39). God’s special covenant was a precursor or a shadow of the law that Jesus would preach in the New Testament (Hebrews 8:5; 10:1), and to the example that He would show us when He gave His life as a ransom for us (Matthew 20:28).

While the code of Hammurabi and the Mosaic Law may have some similarities between them regarding civil matters, it cannot be said that they were derived from the same source. The Mosaic Law goes so much further in developing order and a people convicted of the things that the Lord has commanded them. To say that Moses copied from the code of Hammurabi betrays an ignorance of the purposes of the two laws.

← Prev: Where Do the Gospels Belong? Next: God’s Purpose and Modern Religion →