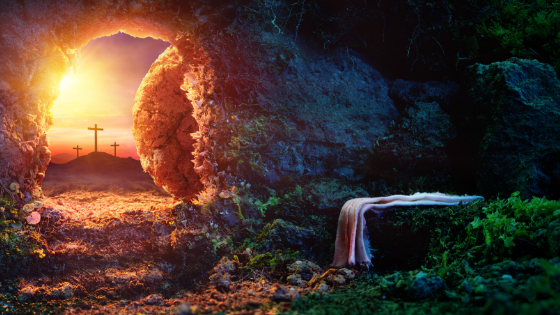 The Mission of the Messiah

In the realm of Old Testament Messianic prophecies, one does not primarily think of Daniel 9:24-27. But this text has an amazing amount of information concerning the work of the Messiah. However, most people miss the point because they do not see beyond the “seventy weeks” element of the prophecy.

The period of “seventy weeks” was a ﬁgurative representation of the time that would elapse before the accomplishment of six astounding achievements for the redemption of Israel and the punishment of the Jews for their rejection of Christ. These achievements (the ﬁrst three relate to the removal of sin; the second three to the restoration of righteousness) comprise the primary purpose of His earthly mission.

First, He would “ﬁnish the transgression.” Transgression is ﬁnished in the sense that wickedness experienced its ultimate limit in the cruciﬁxion of Christ. Paul wrote, “For ye, brethren, became followers of the churches of God which in Judaea are in Christ Jesus: for ye also have suffered like things of your own countrymen, even as they have of the Jews: Who both killed the Lord Jesus, and their own prophets, and have persecuted us; and they please not God, and are contrary to all men: Forbidding us to speak to the Gentiles that they might be saved, to ﬁll up their sins alway: for the wrath is come upon them to the uttermost” (1 Thessalonians 2:14-16; cp. Matthew 23:32, 35). This ultimate sin required an ultimate sacriﬁce (Hebrews 9:26).

Second, He would “make an end of sins.” Christ would deal with the problem of human sin, and this theme is taught throughout the New Testament (Matthew 1:21; 20:28; 26:28; 1 Corinthians 15:3; 2 Corinthians 5:21; Galatians 1:4). He did not put an “end” to sin in the sense that wickedness was removed from the earth. The work of the Savior was to introduce a “system” that could effectually and permanently provide freedom from sin (Romans 6:6-7). This is one of the themes of Hebrews — Jesus’ death was a “once for all” event (Hebrews 9:26); He will never be sacriﬁced again.

Third, He would “make reconciliation for iniquity.” Some versions use the term “atonement” and this refers to the death of Christ on the cross, which is the basis for Israel’s future forgiveness (Isaiah 53:10; Romans 5:10; 11:26-27). Daniel uses three terms (“transgression,” “sins,” and “iniquity”) which show that our Lord is capable of dealing with evil in all forms (cp. Isaiah 53:5-6, 8, 10-12). Isaiah 53 frequently is quoted in the New Testament in conjunction with the Lord’s atoning work during the time of His ﬁrst coming (Matthew 20:28; Luke 19:10; Hebrews 9:28). The text obviously has an identical thrust, for it too focuses on the Savior’s work at the cross. The Premillennialist incorrectly teaches that it will happen at His second coming.

Fourth, in addition to His redemptive work, Daniel shows that the Messiah will usher in an era of “everlasting righteousness.” The major obligation of the Old Testament was to proclaim and explain the coming of God’s Son (Galatians 3:24-25). This era is a reference to the “gospel age” which is made known through the proclamation of the gospel (Romans 1:16-17). The apostle Paul argues that Heaven’s plan for considering man as “justiﬁed” is made known “at the present time” (Romans 3:21-26, NASB).

Fifth, Gabriel’s message suggested that, as a result of the Messiah’s work, vision and prophecy would be “sealed up.” The Hebrew term means “that which is brought to a conclusion or is ﬁnished.” Peter declared that the prophets of ancient times prophesied of the “sufferings of Christ and the glories that should follow them” (1 Peter 1:10-12), but with the coming of the Savior to effect human redemption, and with the completion of the New Testament record which declares that message, the need for “vision and prophecy” along with other gifts have ceased (Ephesians 4:11-16; 1 Corinthians 13:8-13). There are no supernatural visions and prophecies being given by God in this present age because the gospel has been fully revealed (2 Peter 1:3; Jude 3).

Sixth, Daniel stated that the “most holy” would be anointed. Dispensational Premillennialists interpret this as a reference to the rebuilding of the Jewish temple during the millennium (an interpretation they believe is supported by Ezekiel 40-44). But this is not supported by facts within the scriptures. The expression “most Holy” is an allusion to Christ Himself. The “anointed” is a reference to the Lord and the Holy Spirit at the beginning of His ministry (Matthew 3:16; Acts 10:38). The anointing of Jesus was prophesied in the Old Testament (Isaiah 61:1; cp. Luke 4:18-19).

Verse 25 says, “Know therefore and understand, that from the going forth of the commandment to restore and to build Jerusalem unto the Messiah the Prince shall be seven weeks, and threescore and two weeks: the street shall be built again, and the wall, even in troublous times.” Those who take the weeks as representative of years claim that the beginning point of this period of time was to coincide with a command to “restore and to build Jerusalem” (457 B.C.). However, there is no proof that the “weeks” were meant to represent years, although this concept is not unknown in Scripture (cp. Numbers 14:34; Ezekiel 4:4-9). But when days or weeks are related to years, the connection is stated; no such connection is mentioned in Daniel 9. Also, there were multiple decrees to return and build (Cyrus [536 B.C., Ezra 1:1-4]; Darius [520 B.C., Ezra 4:24]; Artaxerxes [457 B.C., Ezra 7:1-10]; Artaxerxes [444 B.C., Nehemiah 2:1-8]), each one giving a different ending point. Choosing the correct one becomes merely a function of where one places the ending point, not inspired, divine revelation. Furthermore, taking the ﬁnal week of seven years literally does not end at any point that is historically signiﬁcant. The “seven weeks” ﬁguratively represents the time from the decree in Ezra 1:1-4 to the completion of the temple and the walls in Nehemiah 6:15. The “threescore and two weeks” ﬁguratively represent the intervening span between the Old and New Testaments, after which the Messiah comes to complete God’s redemptive plan (Mark 1:1-4; Luke 3:1-3).

Verse 26 says, “And after threescore and two weeks shall Messiah be cut off, but not for himself: and the people of the prince that shall come shall destroy the city and the sanctuary; and the end thereof shall be with a ﬂood, and unto the end of the war desolations are determined.” This verse indicates that when the Messiah is cut off, He will be deprived of followers; all of them will ﬂee from Him at the time of His arrest, trial, and death. Matthew 26:56 says, “But all this was done, that the scriptures of the prophets might be fulﬁlled. Then all the disciples forsook him, and ﬂed” (cp. Psalm 88:8, 18; John 16:31).

Verse 27 says, “And he shall conﬁrm the covenant with many for one week: and in the midst of the week he shall cause the sacriﬁce and the oblation to cease, and for the overspreading of abominations he shall make it desolate, even until the consummation, and that determined shall be poured upon the desolate.” “Conﬁrm the covenant” simply means that the Messiah’s covenant, by which He obtains salvation for His people, will remain ﬁrm or prevail even though He is killed. As a result of Christ’s death, “the sacriﬁce and oblation” would cease. This is an allusion to the cessation of Jewish sacriﬁces as a consequence of Jesus’ sacriﬁce. When Jesus died, the Law of Moses was “nailed to the cross” (Colossians 2:14). The “ﬁrst covenant” was replaced by the “second” (Hebrews 10:9-10) and the “middle wall of partition” was abolished (Ephesians 2:13-17). The “New Covenant” was the subject of Old Testament prophecy (Jeremiah 31:31-34; Ezekiel 34:25-31; 37:26-28), and it was ratiﬁed by the blood of Christ: “For this is my blood of the new testament, which is shed for many for the remission of sins” (Matthew 26:28).

The “one week,” that is, the seventieth week includes the ministry and death of the Messiah, as well as the ﬁnal destruction of Jerusalem in A.D. 70 by Titus and the Roman army (cp. Matthew 24; Mark 13; Luke 21). In A.D. 66, the Jews, who were subject to Rome, revolted against the empire. This sparked several years of bloody conﬂict with the Romans. Titus, the son and successor of the famous Vespasian, overthrew Jerusalem after a ﬁve-month siege in the summer of A.D. 70. The “holy city” was burned and the temple was demolished, which Matthew demonstrated was the fulﬁllment of Scripture: “But when the king heard thereof, he was wroth: and he sent forth his armies, and destroyed those murderers, and burned up their city.” (Matthew 22:7).

Christ had informed His disciples that the day was coming when the Jew’s “house” would be left desolate (Matthew 23:38). Not one stone would be left on another (Matthew 24:2). This event is referred as the “abomination of desolation” because the “holy city” of David was compassed and laid desolate by the Roman army (cp. Matthew 24:15; Luke 21:20). “Abomination of desolation” was used four times in Daniel (8:13; 9:27; 11:31; 12:11). The references in chapters 8 and 11 refer to Antiochus Epiphanes and his desecration of the temple in the period between the Old and New Testaments. The references in chapters 9 and 12 show that in the Roman invasion a similar desecration would occur. In fact, by the time the Roman military surrounded Jerusalem, the city had been deﬁled by the Zealot (a party violently opposed to the Romans) activities that polluted the temple before A.D. 70 (including murder and the installation of a false high priest). Even the Jews recognized that the destruction of their nation was a fulﬁllment of Daniel’s prophecy. Josephus said, “Daniel also wrote concerning the Roman government, and that our country should be made desolate by them” (Antiquities, X.XI.7).

This relatively unstudied passage is a treasure trove of instruction about the Savior’s work, thereby allowing us to “know him, and the power of his resurrection, and the fellowship of his sufferings, being made conformable unto his death” (Philippians 3:10). By investing a little time in Daniel’s prophecies, you can grow stronger and deeper in your knowledge and understanding of the greatest event the world has ever known (2 Peter 3:18).

← Prev: Attitudes Toward Sin and Error Next: Thankfulness →