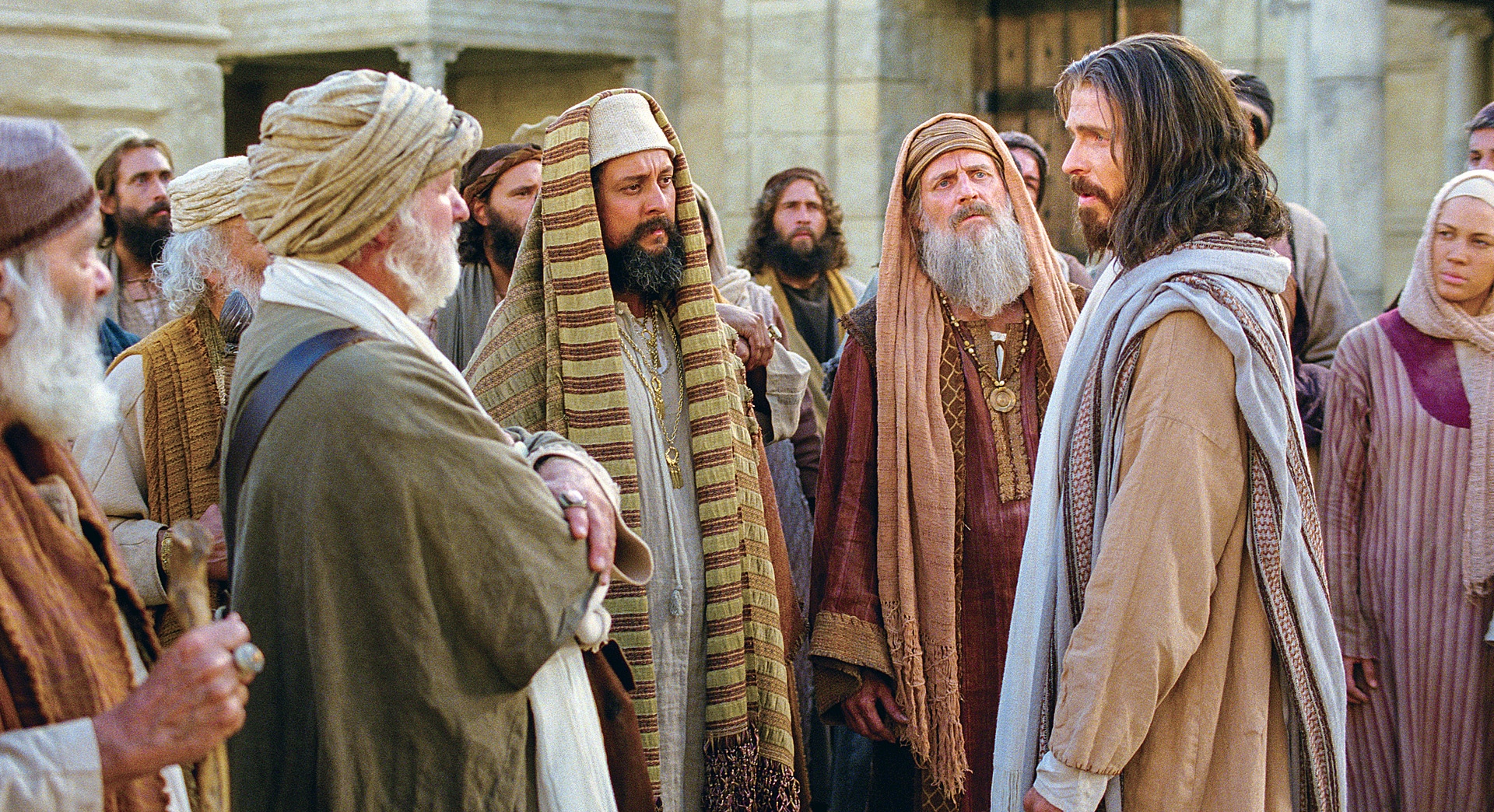 The Pharisees and Legalism

One of the most confusing periods in the history of the Jewish nation was described as entirely lacking in respect for God’s authority (Judges 21:25). The division and confusion in the religious world today can be directly related to a failure to recognize any single standard of authority in religion. In Matthew 21:23-27, Jesus recognized only two general sources of authority in spiritual matters. Despite the dilemma of the Jews, the answer was obvious. The baptism of John was from heaven (Matthew 3:14-15; John 1:6). But suppose that it had not been heaven. What is the only other alternative that Jesus recognized? If it had not come from heaven it would have come from men. The question, “Is it from heaven or from men?” is a vital and practical question for us to answer.

“Legalism” is a term that has become popular in recent years. The word is not found in the Bible but is used as an epithet to generate prejudice against those who insist upon Bible authority and strict, literal obedience to God’s word. Since the word “legalism” is not found in the Bible, we cannot discover a Bible definition, and must use a secular one. So, the question becomes, “Does scripture condemn strict, literal obedience to God’s law?” Said another way, “Will God accept authority which has man as its source?”

Denominationalists still use “legalist” or “Pharisee” to describe members of churches of Christ because of our insistence upon “book, chapter, and verse” for everything we teach and practice. The derogatory epithet then was used by members of institutional churches to describe those of us who still insist that everything must be done with scriptural authority. It is now becoming a common epithet among our own brethren to designate those who still insist upon “book, chapter, and verse” in present controversies.

The Pharisees were not wrong in their initial approach to the scriptures, but went astray when they encircled the Law of God with their traditions. In fact, as we progress through this study, you will see that there is not one verse that condemned the Pharisees for following the word of God too strictly! Instead, the Pharisees did not follow the scriptures closely enough! There are several “proof-texts” which supposedly condemn legalism.

First, Romans 2:28-29 says, “For he is not a Jew, which is one outwardly; neither is that circumcision, which is outward in the flesh: But he is a Jew, which is one inwardly; and circumcision is that of the heart, in the spirit, and not in the letter; whose praise is not of men, but of God.” The purpose of this passage is not to condemn strict observance to God’s law, but to show that salvation is not in keeping the Law of Moses, which required strict observance of every facet of the Law. Paul is the only New Testament writer who uses the word for “letter” in a religious sense, and it always refers to the Law of Moses. The fact that man erroneously uses “the letter of the law” to refer to the strict observance of any law, religious or secular, does not effect the meaning Paul intended when he used the term.

Second, 2 Corinthians 3:6 says, “Who also hath made us able ministers of the new testament; not of the letter, but of the spirit: for the letter killeth, but the spirit giveth life.” It is apparent that “the letter” here also refers to the Old Testament because Paul contrasts it to the “new covenant,” that is, the gospel of Christ. The Law of Moses — “the letter” — was a law of death because the Jews were required to keep it perfectly, yet none could (Acts 15:10), it could save no one (Hebrews 10:4), and it alienated the majority of mankind — the Gentiles. “The letter” stands for the entire Law of Moses, and is declared to be ineffective in saving. In hermeneutics this is known as a synedoche or a figure of speech by which a part is put for the whole. In contrast, “the spirit” refers to what came by the Holy Spirit — the gospel of Christ. Those who condemn Christians who believe, teach, and practice strict obedience to the gospel of Christ would advocate Paul saying, “If you keep the letter of the law, that is, if you obey every law and principle of the gospel of Christ, it will kill you spiritually; but if you loosely interpret the gospel and obey some of it, it will save you.” How ridiculous!

Third, Matthew 23:23 says, “Woe unto you, scribes and Pharisees, hypocrites! for ye pay tithe of mint and anise and cummin, and have omitted the weightier matters of the law, judgment, mercy, and faith: these ought ye to have done, and not to leave the other undone.” Notice that Jesus does not condemn the sacrificing of the smallest herbs; rather, He encourages it by saying “this ye ought to have done.” He condemns the Pharisees for leaving undone other laws of God that were equally binding: practicing justice, mercy, and faith. Jesus called these “weightier” — more important — matters of the law. Those who condemn what they call “legalism” do not seem to realize that Jesus actually commands what they call legalism — strict adherence to law.

First, John 8:30-32 says, “As he spake these words, many believed on him. Then said Jesus to those Jews which believed on him, If ye continue in my word, then are ye my disciples indeed; And ye shall know the truth, and the truth shall make you free.” The term “word” is singular, referring to all that Jesus commands through His word. If we do not have to abide in all that Jesus commands, how do we determine what we have to obey and what we can leave undone?

Second, John 14:15 says, “If ye love me, keep my commandments.” Other passages also have reference to our love toward Jesus Christ and God (John 14:21; 15:10; 1 John 5:2-3; 2 John 6). However, notice very carefully that our obedience is dependent upon our love. The idea is that if we love God, we are to keep commandments. Therefore, “legalism” and love actually coexist rather than being opposites of each other! The Holy Spirit, by virtue of the New Testament, demands strict, literal adherence to law, or what some call “legalism.”

Third, Galatians 1:10 says, “For do I now persuade men, or God? or do I seek to please men? for if I yet pleased men, I should not be the servant of Christ.” Paul asks the rhetorical question, “Am I trying to get men to emend their lives to God’s ideal, or am I trying to get God to accept men as they are?” Those who want to do less than God demands to avoid “legalism” are trying to do just what Paul said we should not do — get God to accept less that what He has commanded.

Fourth, James 2:18 says, “Yea, a man may say, Thou hast faith, and I have works: shew me thy faith without thy works, and I will shew thee my faith by my works.” “Works” here refer to doing the things God has commanded; i.e., acts of obedience. Since doing what God has commanded shows our faith, doing less that all God has commanded demonstrates less than perfect faith.

Fifth, 2 Thessalonians 1:7-9 says, “And to you who are troubled rest with us, when the Lord Jesus shall be revealed from heaven with his mighty angels, In flaming fire taking vengeance on them that know not God, and that obey not the gospel of our Lord Jesus Christ: Who shall be punished with everlasting destruction from the presence of the Lord, and from the glory of his power.” If “obey not the gospel” allows us to do part of what is commanded in the gospel and leave other parts undone and, in a sense, disobeyed, how do we know which commandments are optional?

Sixth, 1 Peter 4:18 says, “And if the righteous scarcely be saved, where shall the ungodly and the sinner appear?” Who are the righteous? In Luke 1:1, Zechariah and Elizabeth are said to have been righteous because they were “walking (or living) in all the commandments and ordinances of the Lord blameless.” The context of the passage refers to suffering. If God allows His redeemed children to suffer, then it should be no surprise that the wicked will suffer eternally. Said another way, someone has to obey “the commandments and ordinances of the Lord” in order to be saved.

Man has given a prejudicial meaning to the word “legalism” to, in the words of men a generation ago, “hang the yellow tag of quarantine”on all who insist on doing all God has commanded. In so doing, he feels justified in doing less than is required. No matter what man may say, the word of God remains sure and unchanging (Revelation 22:14; Romans 3:4).

← Prev: Do Your Work for Christ Next: Will There Be a Bodily Resurrection? →