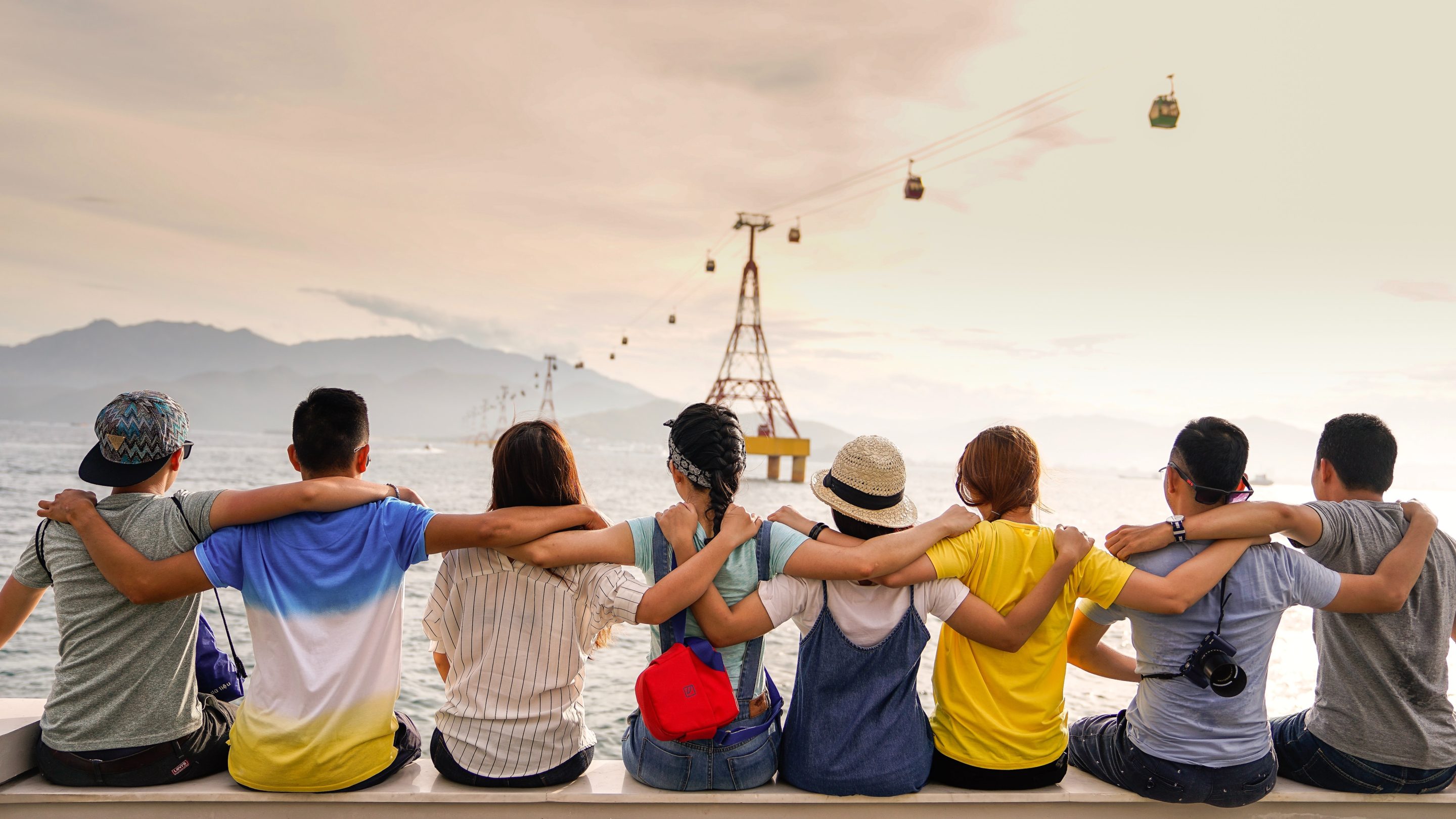 The Bible warns against the sin of backsliding (1 Corinthians 10:12). Jeremiah often used “backsliding” to describe the unfaithful descent of Israel and Judah into idolatry and immorality (Jeremiah 3:6, 8, 11-14, 22; 8:5; 31:22; 49:4). Israel’s backsliding angered the Lord (cp. Isaiah 57:17). Yet, God was ready to forgive the backslider who presented himself to God with “a contrite and humble spirit” that trusted God in full repentance (Isaiah 57:15-16, 13; 66:2). God pleaded with Israel and Judah through His prophet Jeremiah, “‘Return, backsliding Israel,’ says the Lord; ‘I will not cause My anger to fall on you. For I am merciful,’ says the Lord; ‘I will not remain angry forever. Only acknowledge your iniquity, that you have transgressed against the Lord your God, and have scattered your charms to alien deities under every green tree, and you have not obeyed My voice,’ says the Lord” (Jeremiah 3:12-13). God forgives and heals the backslider who acknowledges his sin and returns to Him (Jeremiah 3:12-13, 22-25). Such is the love and mercy of the High and Lofty One who inhabits eternity (Isaiah 57:15; 66:1-2). In this article, we wish to warn of another sin just as dangerous as backsliding; the sin of “in-sliding”. Backsliding Israel did not return to God by merely “sliding back” into God’s fellowship and approval without humble repentance and contrition for sin. King David acknowledged his sin, pleaded for God’s mercy and then God cleansed him (Psalm 51:3-4, 7-13).

“In-sliding” describes how some, ho previously fell away from the Lord, try to return to fellowship with God and His faithful people — and how some brethren allow it to be so. Instead of publicly repudiating his sin and error, this person (who had previously slid away from God), now slides back into his previous position — quietly, discreetly, and unobtrusively. Without any confession of sin and/or repudiation of the same, this person is reinstated to his previous place among the brethren, received as faithful by the faithful. When a backslider in-slides it may be that brethren assume he has repented. But, he confesses no sin. No repentant, prayerful approach to God takes place. He simply reappears and is accepted as faithful to God. James 5:16 and 1 John 1:9 are not applied to the in-slider, for he does not confess his sins and acknowledge a changed heart (repentance) toward his former transgression and error. Nevertheless, he is accepted back into fellowship without ever addressing the problem of his sin in the Bible way. What scripture gives God’s approval for the backsliding Christian to in-slide? What scripture allows one who has been practicing sin to in-slide without repenting of his sin and prayerfully confessing it to God? Should brethren receive the in-slider as being faithful to the Lord? I am not aware of a passage of scripture in apostolic teaching that approves this way of helping a fallen saint overcome the bondage and death of sin (Galatians 6:1-2).

In-sliding fails to scripturally address the presence of sin. The scriptures do not teach and endorse the in-sliding of sinners. “Unless you repent you will all likewise perish” has application to backsliders too (Luke 13:5). To allow the sinning Christian to slide back into his place among the saints without repentance and the prayerful confession of his sins is contrary to God’s word (Acts 8:22-24; 1 John 1:9). The fruit of repentance is borne after repentance occurs (2 Corinthians 7:10-11). In-sliding is not repentance on the part of the sinner; it is the reappearance of the sinner among the saints without any apparent repentance of sin!

In-sliding knowingly accepts a sinner into fellowship in spite of his sin. We are explicitly warned against receiving one who does not bring the doctrine of Christ (cp. 2 John 10-11). Rather than warning the sinner of the danger of his past sins, in-sliding emphasizes peace where it has yet to be established between the sinner and God (Ephesians 5:11). It is a false plea of “peace” without healing that accepts the backslider who has not repented of his or her sins (Jeremiah 6:14-15).

Here are just two examples of in-sliding that warrant our attention. First, forsaking the assembling of ourselves together. Those who have previously forsaken the assembling of Christians often simply in-slide back into the worship gatherings. They show up after being absent from the worship assemblies (sometimes for months at a time), ﬁnd their old pew and sit down as if nothing was ever wrong. And, they are received as if no sin ever happened; not a word of admonition, rebuke or plea to fully repent is uttered. Nothing is ever said to them about their absence (after all, “we don’t want to run them away” — as if they weren’t already away from God!). Did they violate Hebrews 10:24-25 by forsaking the assembling of ourselves together? If so, where is the admonition, warning them of spiritual danger? And, where are their repentance and prayerful confession of this public sin? Or, is this particular sin unworthy of a “contrite and humble spirit” that repents and confesses its sin against God? Is just showing up again at worship services after months of absenteeism sufﬁcient repentance, without any confession of this public sin? With no evidence of a contrite heart and without any seeking of God’s mercy in prayer, shall they just slide back in? What we should do is talk to the person about his sin. We should exhort them to repent and urge within them a renewal of heart and life. They were overtaken by sin and need our help (Galatians 6:1-2). If they object, then there is clearly more work to do to save a soul from death (James 5:19-20). To do less is to leave the impression they did not really sin in the ﬁrst place. Is that the message we want to convey?

Second, endorsing and using men who teach error and/or compromise with those who do. The passing of time does not equal repentance. When brethren teach error or hold up the hands of false teachers they cannot in-slide into acceptance and not repent. In the absence of repentance and the repudiation of error — what is it that approves of the false teacher and his supporters as now being worthy of our fellowship (when previously none was given)? When one has not rejected error or its toleration, shall we nevertheless give him the right hand of fellowship in the hope that one day — maybe by seeing our goodwill — he willfully repent? If that is as it should be, then what about the past sin of endorsing error? Is it to be overlooked? Is it now inconsequential? Can the Christian who once endorsed the false teacher now in-slide as if nothing is wrong? Something is very wrong according to 2 John 9-11. Something is very wrong when error and/or its advocates are supported, advanced, and defended. Such compromise with error requires full repentance, not the silent acceptance that in-sliding allows.

We ask our brethren to produce the scripture that afﬁrms, approves, and advises this practice of in-sliding. It would be far more pleasant to endorse in-sliding, ignore the errors of the past and forego all pleas for repentance. It would be far easier to emphasize the positive signs of the moment (even in the absence of repentance of error) than to warn against itching ears that grow tired of reproving and rebuking false doctrine and those who accommodate it (2 Timothy 4:1-5).

One cannot in-slide into fellowship with God and His people. Sin separates us from God. Only when one humbles himself, repents of his sin, and confesses it to the Lord can the Christian expect God’s forgiveness (1 John 1:9; Acts 8:22). Where there has been backsliding there must now be repentance. To give our approval to less endorses compromise with error and comforts the sinner in his sin.

← Prev: A God-Centered Life Next: The Acts of Sin →