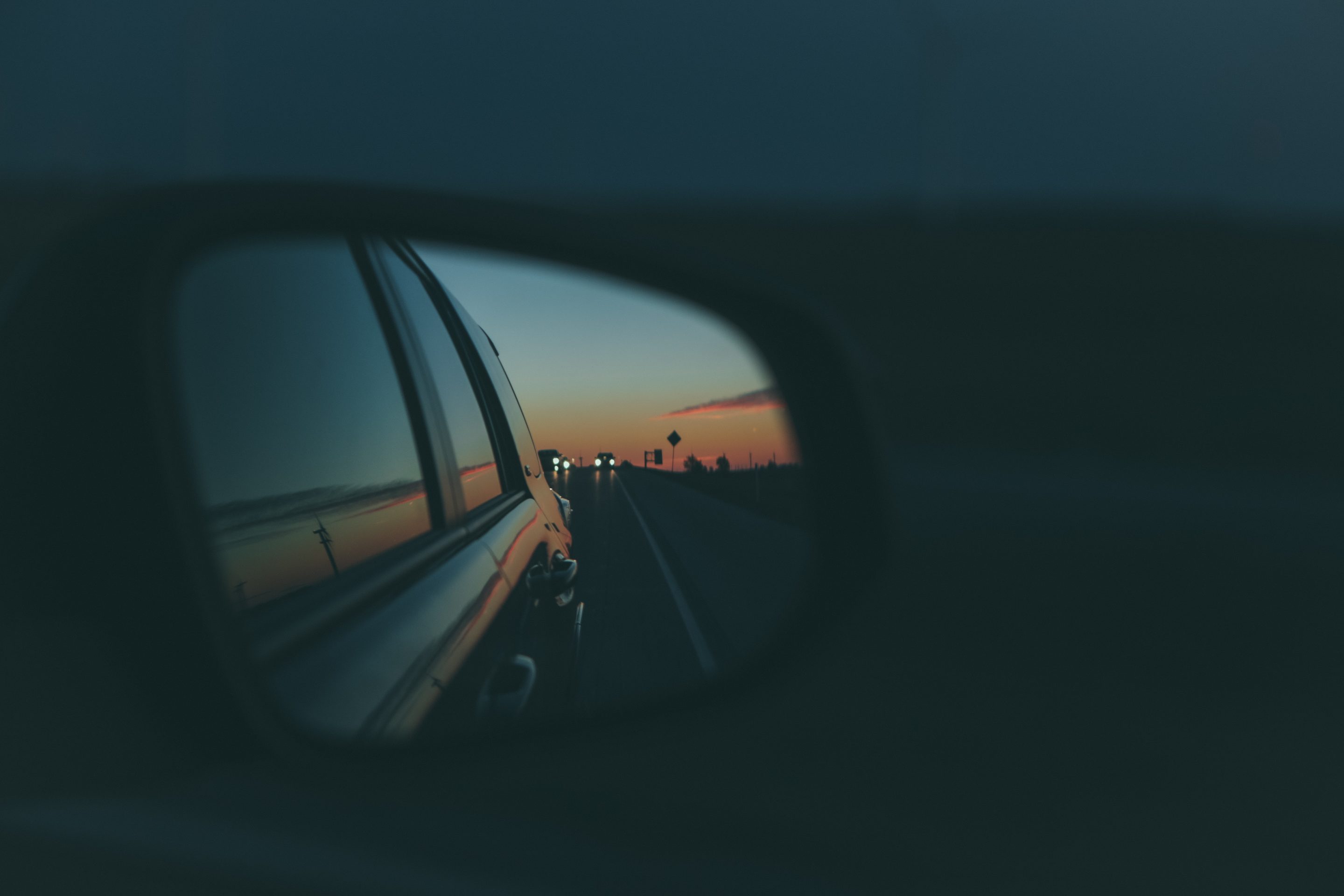 I almost got hit a few weeks ago. A friend and I had been stripping woodwork in the dining room and ran out of supplies. So I drove downtown and parallel parked in front of the hardware store. I made my purchase, got in the car, and began to pull out of my parking space. I looked over my left shoulder, saw a car approaching, and waited. When he passed, I glanced into my mirror to make sure the street was clear and pulled out quickly.

Suddenly a car squealed to a stop and a horn blared. Alarmed, I looked to my left and with a shock, realized that I had almost been hit. I was confused and uncomprehending. Where had he come from? But as I shakily drove away, it dawned on me: He had been in my blind spot!
I have soberly reflected on that incident in the weeks since it happened. I have realized that the blind spot in my left rearview mirror is not the only one I have, nor is it the most dangerous. I am usually unaware of these other blind spots until I find myself in a near tragedy. Then when I ask myself how I got into this mess, I realize it sneaked up on me out a blind spot.

I do not know what your blind spots are. I hardly know what mine are, and I am still discovering others as I go along. I do hope that this discovery will continue, slowly, one by one, lest I be overwhelmed; yet quickly enough that I do not find myself hopelessly entangled in a self-made dilemma. In the meantime, let’s protect ourselves with “the whole armor of God, that ye may be able to stand against the wiles of the devil” (Ephesians 6:11-17). Truth, righteousness, and faith which are part of the armor of God is more than enough to assure victory (1 John 5:4). Because the enemy will continue to secretly seek out and attack our blind spots (1 Peter 5:8), where we are protected the least, and, in some ways, be damaged the most.

← Prev: Giving Up Next: Blinded by the God of This Age →