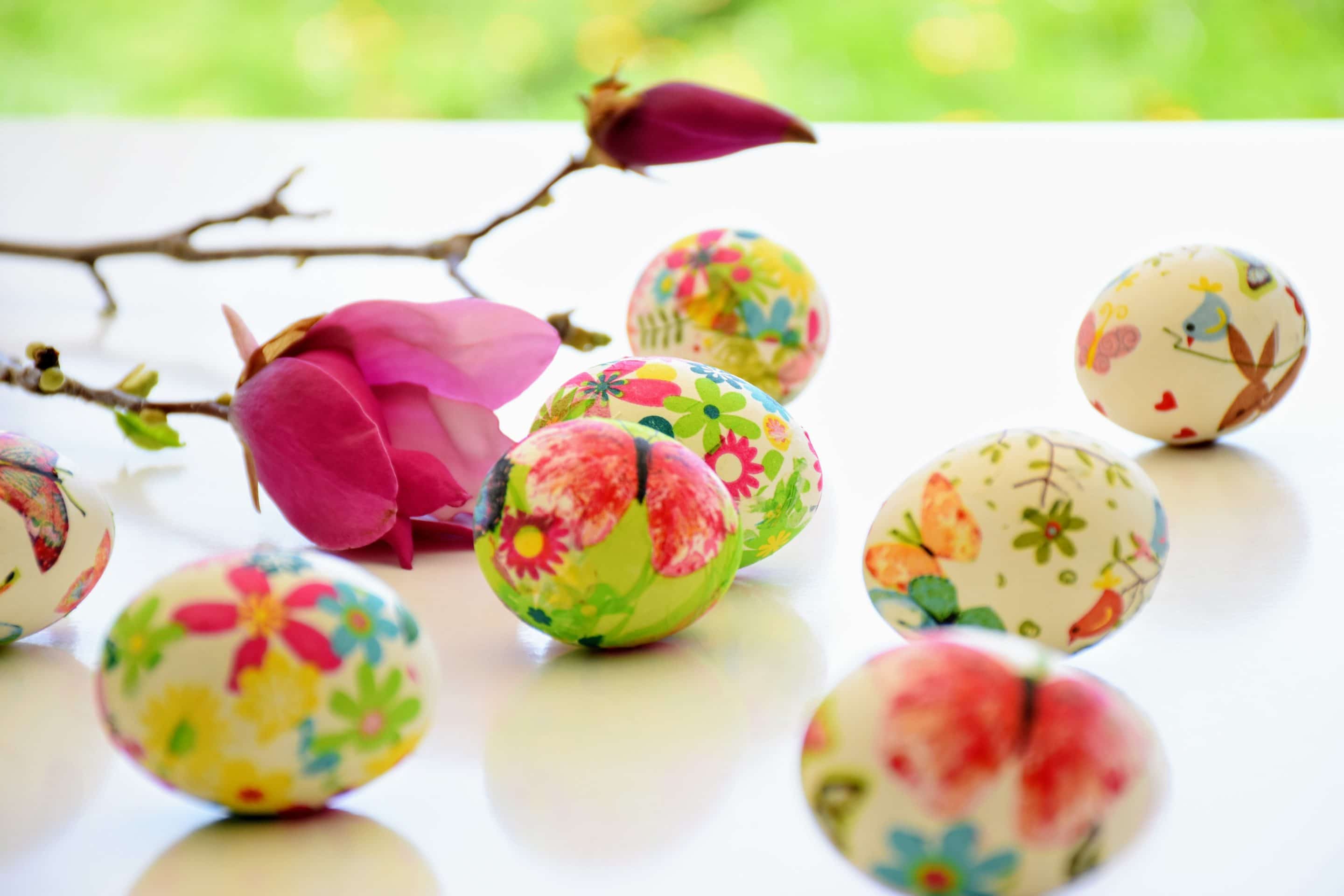 A man called “St. Bede” (672-735 A.D.) believed the origins of Easter to be connected to “Çastre, the Anglo-Saxon name of a Teutonic goddess of spring and fertility, to whom was dedicated a month corresponding with April. Her festival was celebrated on the day of the vernal equinox; traditions associated with the festival survive in the Easter rabbit, a symbol of fertility, and in colored Easter eggs” (Microsoft Encantra Encyclopedia 2001). This same goddess is known in other cultures as Aphrodite (Cyprus), Astarte (Phoenicia), Ishtar (Assyria) and Ostara (Norse).

In the Bible, this Pagan goddess is known as Ashtoreth. In the singular, she is mentioned in 1 Kings 11:5, 33 and 2 Kings 23:13. Solomon went after this false goddess who was worshipped with sexual acts, including temple priestess-prostitutes at times (The Zondervan Pictorial Encyclopedia of the Bible). Time and again Israel fell into the sin of forsaking God to worship the Baals and Ashtoreths (Judges 2:13; 10:6; 1 Samuel 7:3; 12:10).

Therefore, Easter is traced back to Paganism. Its traditions are connected to the sensual worship of a fertility goddess.

Some believe the resurrection of Christ was celebrated annually in the second and third centuries. It was formally recognized in the Council of Nicea in 325 A.D. (Microsoft Encantra Encyclopedia 2001). Hence, the Catholic Church officially recognized the annual event as a part of the religion of Christ.

The Easter celebration grew to include the season of Lent, including Ash Wednesday; Holy Week, beginning on Palm Sunday, including Good Friday, and ending on Easter Sunday.

Religious Easter Traditions, Not the Traditions of the Apostles

The religious observance of Easter is not wrong simply because it had a Pagan origin, but because it DID NOT have an origin in divine revelation. In other words, even if Easter did not have connections to Paganism, it would be wrong because it did not come from the Bible

The Bible clearly teaches that we are to follow the doctrine of Christ (2 John 9-11). That doctrine includes the teachings of Christ and His apostles and prophets (John 14:26; 16:13). The traditions of the apostles are to be observed by Christians. “Therefore, brethren, stand fast and hold the traditions which you were taught, whether by word or our epistle” (2 Thessalonians 2:15). “Now I praise you, brethren, that you remember me in all things and keep the traditions just as I delivered them to you” (1 Corinthians 11:2).

The “traditions” of the apostles do not include an annual celebration of Christ’s resurrection and attendant ceremonies. Thus, it is sinful to observe such because silence prohibits (Hebrew 7:12-14).

The “tradition” of the apostles teaches a weekly observance of the death, burial and resurrection of Christ (Acts 2:42; 20:7; 1 Corinthians 11:2326). Each Sunday Christians are to gather and remember the Lord’s sacrifice and celebrate His resurrection by partaking of His supper–the unleavened bread and fruit of the vine (Matthew 26:17, 26-29). A simple, yet solemn memorial feast.

“Easter” in the King James Version

The word “Easter” appears in the King James Version of the Bible in Acts 12:4. The word in the original text is “pascha,” the Passover (Thayer). It is correctly translated in later versions. The translators of the King James Version were evidently striving to give a well-known word for people to easily recognize the time of year. Regardless, Easter is not a Bible-based holy day.

Those who claim to follow Christ would join with Christ in condemning the Jews for teaching and practicing the traditions of men (Matthew 15:7-9). However, most of them are guilty of the exact same sin. They invent practices not found in the New Testament or adopt Pagan rites. For this, they are condemned by the Savior who called such people “Blind leaders of the blind. And if the blind leads the blind, both will fall into a ditch” (Matthew 15:14).

All the things of man’s invention will be destroyed. Jesus said, “Every plant which My heavenly Father has not planted will be uprooted” (Matthew 15:13). Therefore, those who observe Easter in an attempt to worship Christ will be condemned–they will lose their souls. Do not be among that number!

← Prev: Christmas Celebration Tomorrow Next: Noah's Salvation: By Faith or by Sight? →