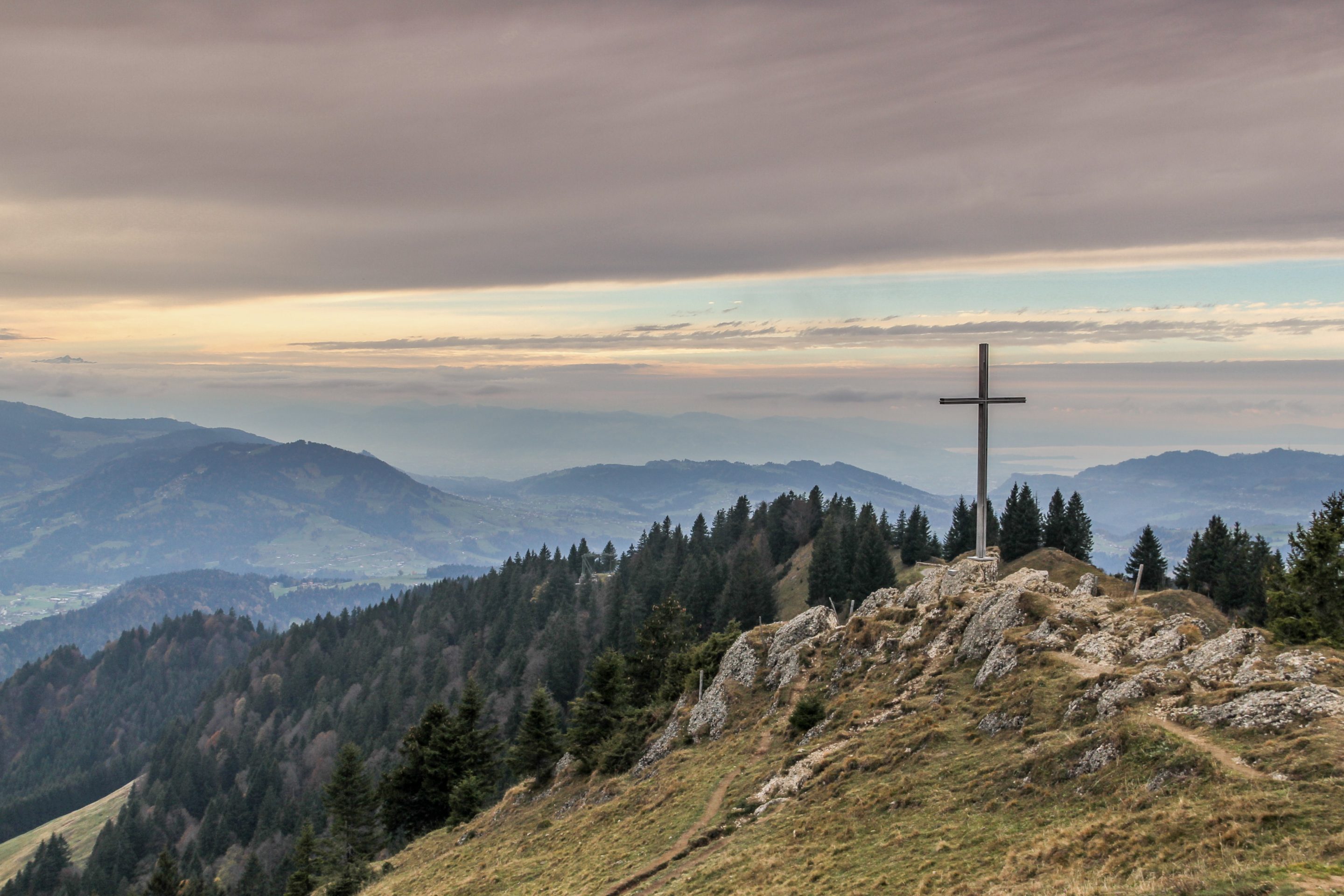 Christ said, “And I, if I am lifted up from the earth, will draw all men unto me” (John 12:32). He spoke these words about Calvary a few days before His cruciﬁxion, and there are three important truths to be noted from the verse.

The Requirement of Calvary

“If I am lifted up from the earth, will draw all men unto me.” The “lifting up” refers to the cross. The cross was absolutely necessary if there was to be any drawing of men to Christ. While Jesus lived a perfect life, it alone could not provide salvation for the sinner. It is His death that makes it possible for the sinner to be saved (Romans 5:10). Had Christ not died on the cross, there would be no gospel. If salvation was dependent only on the life of Christ, then Calvary was unnecessary and a mistake. Then the cruciﬁxion of Christ was not planned by God but was a time when God lost control and man and evil took over. That is not the message of John 12:32. Christ’s death on the cross was planned before the creation of the world (1 Peter 1:20; Revelation 13:8). Without Calvary, Christ could not be our Savior.

The Reproach of Calvary

“If I be lifted up from the earth.” Christ here made an oblique reference to cruciﬁxion. The Jews stoned people to death and the Romans put people on a cross to kill them. Christ met death via the Roman method of punishment. Cruciﬁxion on the cross was a very undigniﬁed way to die. It was humbling, for Paul said that Christ humbled Himself to “even the death of the cross” (Philippians 2:8) and said of the cross, “Cursed is every one that hangeth on a tree” (Galatians 3:1-13; cp. Deuteronomy 21:23). He suffered so much for us on the cross to be our sacriﬁce for sins.

The Rebuke of Calvary

“Will draw all men unto me.” The cross says that men have gone away from God (otherwise they would not need to be drawn to God). God did not move, the man moved. As soon as man sinned they tried to leave the presence of God (Genesis 3:8; 4:16). Isaiah 53:6 calls this moving “gone astray.” But God would draw man back to Him, and it takes the cross to draw men to God. Man has tried a number of other remedies, but nothing brings man back to God except Calvary.