What Is the Kingdom of God?

The word “kingdom” is used by men in a variety of ways, but our interest concerns how the word is used in relationship to God. Our study will be confined to this because we have begun a study of “the kingdom of God;” a subject which was first preached by John, then followed swiftly by our Lord Himself. Both preached that “the kingdom of God is at hand” — that it was about to be set up and it was if Jesus is to be believed for He promised, “Verily I say unto you.  There are some here of them that stand by, who shall not taste of death till they see the kingdom of God come with power” (Mk. 9:1; cp. Matthew 16:27).

The word “kingdom” sometimes is applied to God’s rule in the affairs of men. Someday all will be called to give account of themselves to God. Long ago a powerful Gentile king said, “It hath seemed good to me to show the signs and wonders that the most high God hath wrought toward me. How great are his signs! And how mighty are his wonders! His kingdom is an everlasting kingdom and his dominion is from generation to generation” (Dan. 4:21). Daniel told Belshazzar, Nebuchadnezzar’s successor, that Nebuchadnezzar had been driven out from among men that he might know that “the Most High God ruleth in the kingdoms of men and that he setteth up over them whom he will” (Dan. 5:21). In this rule Jehovah was King of kings and Lord of lords (Psa. 47:2). God will someday summon all before Him to give an account of themselves which is stated in many places, one of which is Acts 17:30-31: “The times of ignorance therefore God overlooked; but now commandeth men that they should all everywhere repent: in as much as he hath appointed a day in which he will judge the world in righteousness by the man whom he hath ordained; whereof he hath given assurance to all men in that he raised him from the dead.”

God clearly ruled over all the nations of the earth in the early days of Israel’s beginning and then their entrance into Canaan. He gave Israel the land but did not do so when He made His promise to Abraham. That would come when “… the iniquity of the Amorite was full” (Gen. 15:16). When that was fulfilled, the land “vomited” those who dwelt in it out because of their wickedness and God gave it to Israel (Lev. 18:24-25). In Israel’s day Assyria was the “rod of Jehovah’s anger” to punish (but not destroy) Judah and to bring the northern kingdom to an end (Isa. 10:6). God used Babylon to destroy Jerusalem and exiled its people in Jeremiah’s day. In A.D. 70, God used Rome to destroy the temple and to bring the Israelite nation to an end, as Jesus had prophesied (Matt. 24:1-14). He ruled in the affairs of the world in ages past and there is nothing to suggest He abdicated that rule save that now He has committed all power into the hands of His Son who is now “King of kings and Lord of lords” (Jn. 13:3; 1 Tim. 6:14-16; Rev. 17:14). Jesus said in Matthew 28:18, “All power hath been given unto me in heaven and on earth” and this was bestowed because Christ had humbled Himself to death for man’s redemption. “Wherefore God also highly exalted him and gave unto Him the name which is above every name…that at the name of Jesus every knee should bow …” (Phil. 2:9-11). Christ will give the church to the Father at the final day and also return rule to the Father.

Paul spoke of both these things when he wrote, “Then cometh the end, when he shall deliver up the kingdom of God, even the Father, when he shall have abolished all rule and all authority and power. For he must reign till he hath put all his enemies under his feet. The last enemy that shall be abolished is death … and when all things have been subjected unto him, then shall the Son also himself be subjected to him that did subject all things unto him that God may be all in all” (1 Cor. 15:24-28). It is this rule of Christ that He had in mind when He taught the parable of the tares. The parable was prefaced with these words: “The kingdom of heaven is likened …” (Mt. 13:24). Jesus explained, “He that soweth the good seed is the son of man; and the field is the world; and the good seed, these are the sons of the kingdom, and the tares are the sons of the evil one …” (Mt. 13:37-38). To the servants who asked of the tares they discovered among the wheat: “Wilt thou then that we go and gather them up?” The householder responded, “Nay; less haply while ye gather up the tares, ye root up the wheat with them. Let both grow together until the harvest: and in the time of harvest I will say to the reapers, Gather up first the tares, and bind them in bundles to burn them; but gather the wheat into my barn” (Mt. 13:24-30). Some object to withdrawal of the unrighteous from the church’s fellowship citing as their reason this parable. They understand Jesus’ command “let both grow together unto the harvest” (Mt. 13:30) to mean there is to be no separation of the righteous from the unrighteous to take place until the final judgment. The difference between Matthew 13 and 1 Corinthians 5 is that the “kingdom” in Matthew 13 speaks of Christ’s rule over the world and 1 Corinthians 5 speaks of Christ’s rule over His kingdom, the church. First Corinthians 5:3-5, 13 is not the only authority that we may withdraw from the disorderly. Paul’s word in 2 Thess. 3:6 are instructions that if we obey God, WE MUST.

“Kingdom” sometimes refers to Christ’s rule over all creation. But the use of “kingdom” in this sense is not the only way it is used in the New Testament. There are at least two other significant ways the word “kingdom” is used which must be considered. That will be the subject of our next post. 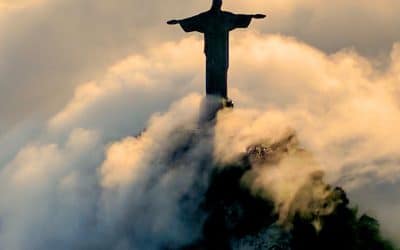