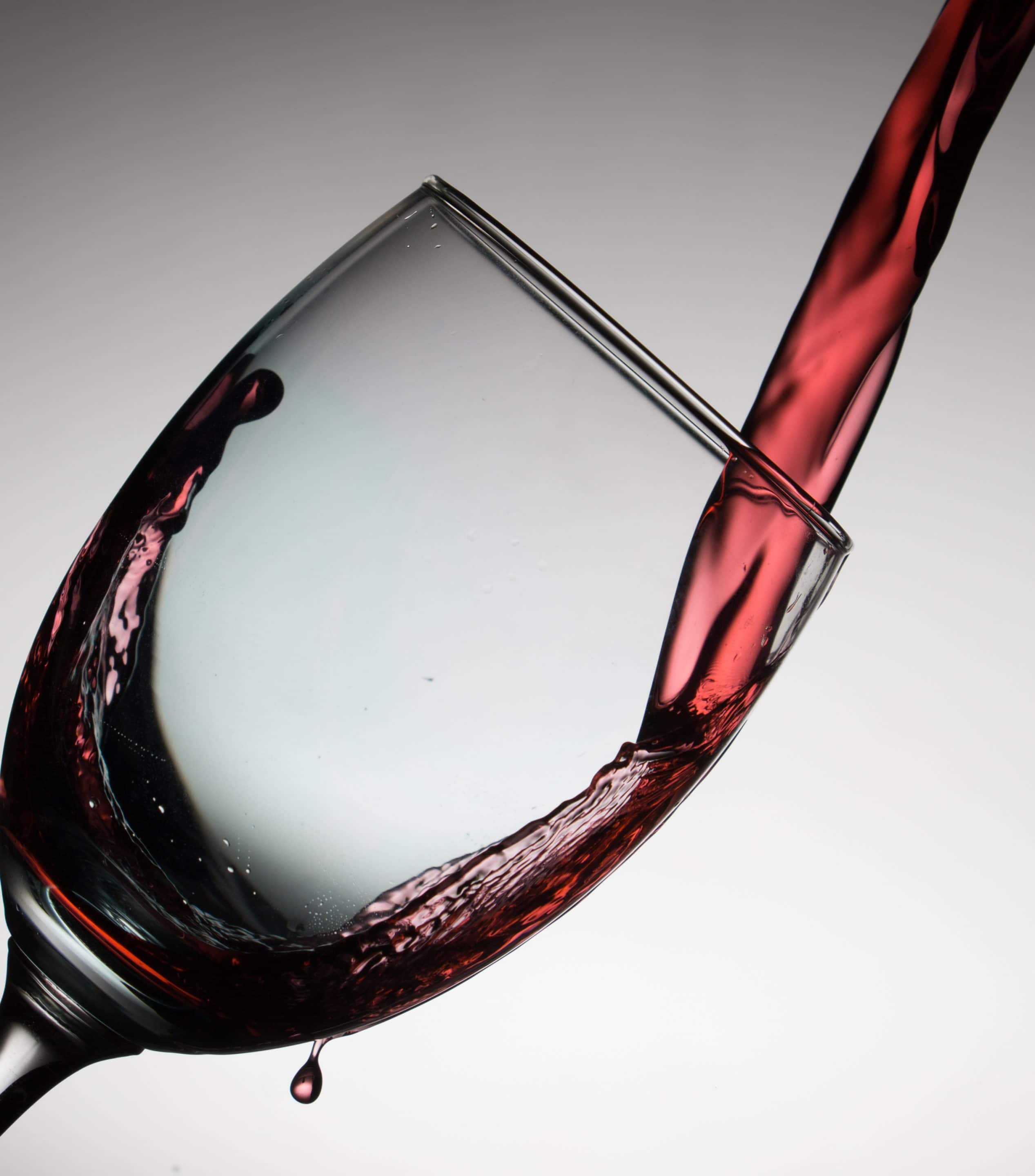 What Is Wrong With One Drink?

A generation ago, it was a given that if you belonged to a denominational church, you did not drink. Period. End of discussion. Drinking was something that Lutherans and Catholics did. People in denominations did not want any part of it.

However, the denominational consensus against social drinking has largely evaporated in the last several years. But that consensus has not stopped with denominations. There has been a growing sentiment among brethren to say that drunkenness is wrong, but it is not wrong to have “just one,” and others draw the line at “just two or three.” Still, others claim that they are not guilty of drunkenness even though they are under the influence enough to feel “buzzed.”

But who made that “just one” or “just two” or that little bit of “buzz” acceptable? Did it come from worldly friends? Did it come from family? Did it come from the media? Did you learn Christ in this way (Ephesians 4:20)? God forgive us for trusting the world and our own feelings instead of being certain of what the Bible says!

You should start with Proverbs 23:31-32 (“Look not thou upon the wine when it is red, when it giveth his color in the cup, when it moveth itself aright. At the last it biteth like a serpent, and stingeth like an adder.”)to keep from winding up at Proverbs 23:29-30 (“Who hath woe? who hath sorrow? who hath contentions? who hath babbling? who hath wounds without cause? who hath redness of eyes? They that tarry long at the wine; they that go to seek mixed wine.”). Proverbs 31:4-5 says, “It is not for kings, O Lemuel, it is not for kings to drink wine; nor for princes strong drink: Lest they drink, and forget the law, and pervert the judgment of any of the afflicted.” Notice that he did not advise kings to limit their alcohol intake to “one a day,” but said it was not proper.

Why was it not appropriate for a ruler to partake of wine and other strong drink? Alcohol can impair your good judgment in doing your job, acting properly toward your mate, and teaching and training your children. One only has to see the results of drunkenness in the lives of Noah (Genesis 9:20-23) and Lot (Genesis 19:32) to hopefully recognize this danger. The Old Covenant was definitely against drinking (Leviticus 10:9-11; Habakkuk 2:15). In Ephesians 5:18, “excess” is astosia, which is prodigality — you become what the prodigal son was: “riotous” (Luke 15:13).

Andrea Todd, in the April 2011 issue of Good Housekeeping, wrote: “And one of the first regions of the brain affected by alcohol — and affected most dramatically — is the area responsible for judgment and decision making.” Generally, small amounts of alcohol [Blood Alcohol Concentrations (BAC) = 0.03 or 0.12%] produce lowered inhibitions, feelings of relaxation, more self-confidence, diminished judgment, reduced attention span, and slight incoordination. As the BAC proceeds from 0.00 to 0.50, the following happens: reduced social inhibitions, some loss of muscular coordination, decreased alertness, impaired ability to drive, increased loss of coordination, slowed reaction time, clumsiness, exaggerated emotions, hostile or aggressive behavior, slurred speech, inability to walk, confusion, incapacitated, loss of feeling, unconsciousness, coma, and death from organ failure. We all agree that drunkenness is condemned in the Bible.

So at what point on this list are you under the influence of alcohol? Remember, how you answer can cost you heaven (1 Corinthians 6:10). Christians must have good judgment. They are expected to be sober (1 Thessalonians 5:6, 8; 1 Peter 1:13; 5:8). “Sober” comes from nephalios (adjective) and nepho (verb) which is the joining of two words ne (“not”) and piein (“drink”). After all the terrible effects alcohol had on the body and mind that are mentioned in Proverbs 23:29, the person ends up wondering, “When shall I awake, that I may seek another drink?” (v. 35).

Alcohol Is Addictive and Destroys Your Influence

Alcohol releases dopamine in our brains, which produces a pleasurable sensation. Each time you drink, it chemically rewards you. You begin to associate the drink with a good feeling. You “find happiness in a bottle,” and as each day presents problems, you keep going back to it. One in twelve moderate drinkers become alcoholics (1 Corinthians 6:12).

Alcohol is more than an intoxication and addiction issue, it is an influence issue. Romans 14:21 says, “It is good neither to eat flesh, nor to drink wine, nor anything whereby thy brother stumbleth, or is offended or is made weak.” When you buy alcohol, who sees it and is led astray by your example (1 Thessalonians 5:22)? When you drink alcohol with your friend (maybe “just one”) is that really let the light of God’s word shine in your life? Will your brother or sister in Christ who has quit drinking alcohol be influenced to go back into sin? In spite of what you think, there are non-Christians who are strongly opposed to any drinking, and they will lose respect for you if you do it (1 Timothy 4:12). When your children see you drinking alcohol, or know that you partake of it, how will it influence them? Will it influence them to see alcohol in the refrigerator? When they tell their friends what they have seen, what will be the influence on the other children (Matthew 18:2, 6)?

I have known of Christians who desperately want their children to be converted to Christ, but their drinking has destroyed their influence. The children know the Bible’s position on drinking, and when they see their parents doing it, their influence is destroyed, and the children may be lost forever because of it. Do you want to stand before God and answer for this (2 Corinthians 5:10)? There are 3,000,000 teenage alcoholics in America, but Dr. Winton Beavan, dean of the Kettering College of Medical Arts, said, “Studies confirm that families who have firm discipline, who have a strong religious foundation, and who do not drink have the greatest likelihood of protecting their children against alcohol use and abuse.”

Alcohol Will Mock You

Proverbs 20:1 teaches that you are not acting wisely because you will be led astray. Abstinence from alcohol is the standard of great and godly men. It was said of Daniel, “But Daniel purposed in his heart that he would not defile himself with the portion of the king’s meat, nor with the wine which he drank: therefore he requested of the prince of the eunuchs that he might not defile himself” (Daniel 1:8). John the Baptist was described in this way: “For he shall be great in the sight of the Lord, and shall drink neither wine nor strong drink, and he shall be filled with the Holy Ghost, even from his mother’s womb” (Luke 1:15). It should be our standard too (Ephesians 5:18). God’s elders in His church are to be “not given to wine” (1 Timothy 3:3; Titus 1:7). The word used is paroinos, which means ”at, by, besides, or near wine.”

Imagine that you are traveling through the mountains and come to a fork in the road with two signs. One sign says, “Safe for all travelers.” The other is labeled, “Dangerous road. Watch out for falling rocks. Soft shoulders. Landslides are possible. Sharp curves. Travel at your own risk.” Which road would you travel? What will be your attitude toward the use of alcohol? Will you defend it and those who practice it?

Andrea Todd, in the April 2011 issue of Good Housekeeping, wrote, “There is a powerful counter-cultural strain and one of the ways you see it is the tolerance of ‘soft’ drugs — like alcohol, prescription medication, and pot. Once you decrease the idea that a drug is dangerous, use of that drug goes up.” Abraham Lincoln said, “Alcohol has many defenders, but no defense.” Because a little leaven leavens the whole lump, we need to abstain completely from the use of alcohol (1 Corinthians 5:7).