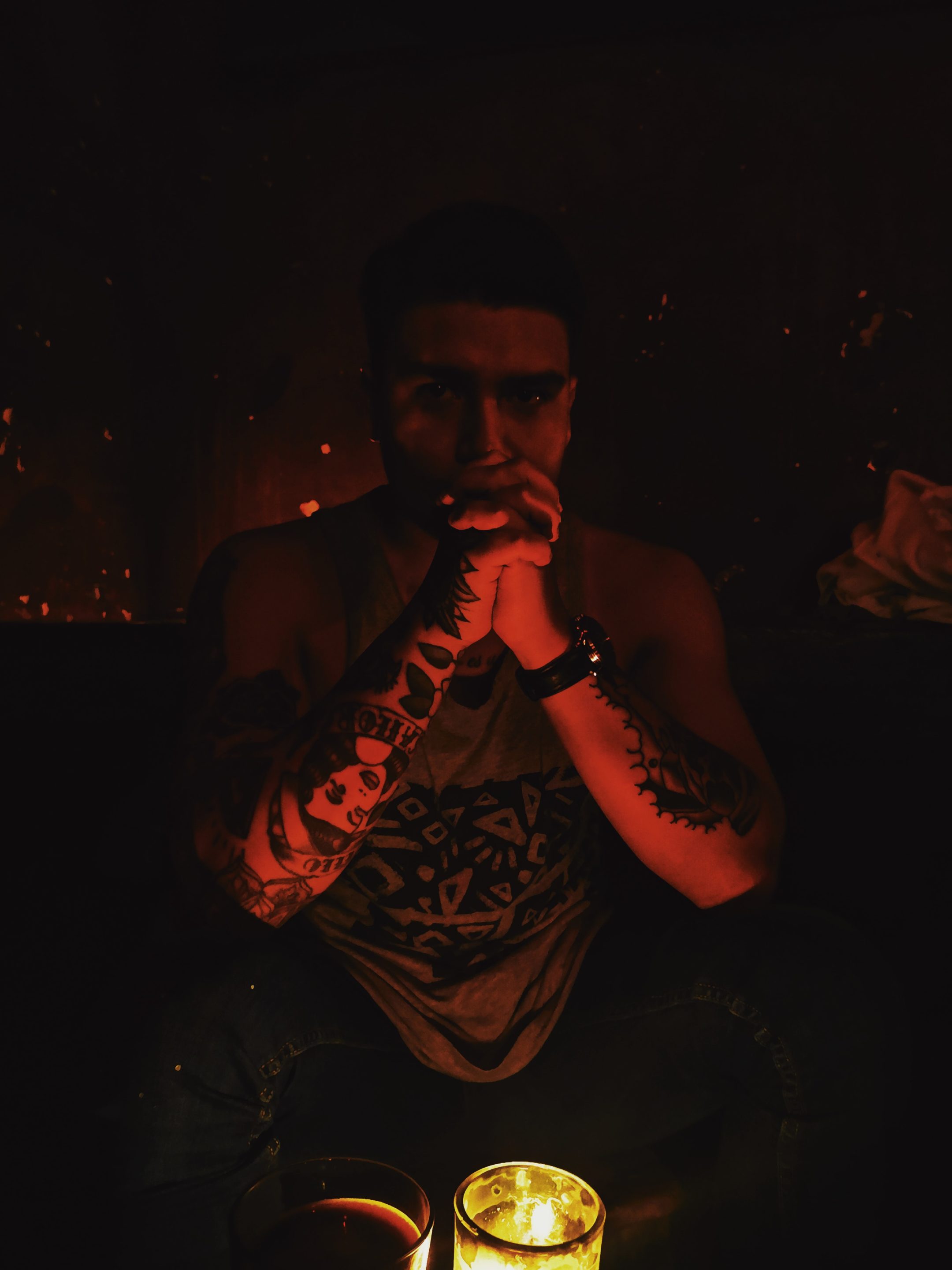 With a term of endearment (“little children”) that is a favorite of John’s, he warns them about a problem that was very real in his day (1 John 2:18). John is the only writer of the New Testament who uses the term “antichrist,” and he uses the term just five times (1 John 2:18, twice; 2:22; 4:3; 2 John 7).
The Greek word from which our English word “antichrist” is translated is very simple to understand. We use the same compound word every day. We have people who are “anti-smoking,” “anti-hunting,” “anti-Semitic” or “antiabortion”. There really is no big mystery as to what the word means: “antichrist” is anyone who opposes Christ.

It is interesting to note that in some sense the antichrist was already present, but unfortunately, John’s words have been taken to suggest that an individual “Antichrist” was yet to appear. The term is commonly used today by premillennialists to refer to one individual, who is supposed to appear at the end of time. Connections between the “Antichrist” and the “man of sin” in 2 Thessalonians 2:1-11 are often made with the visions of Daniel concerning the “king of the South” (Daniel 11:36-45) and the “beast of the sea” (Revelation 13:1-9). Premillennialists believe that Daniel foresaw a human leader, satanically energized, who would come to Jerusalem, enforce his will, exalt himself above all other people and gods, and wreak havoc and slaughter. They claim he will be so convincing as an ally and deliverer that Israel will sign a pact with him to be her protector. He will then turn against the nation and occupy the throne in the sanctuary of the rebuilt temple, which for Israel will still symbolize the presence of God, and blasphemously present himself to the world as if he were God.

There have been many who have been suggested as the “Antichrist.” Chrysostom held that it was the resurrected Nero. Some Catholics held that it would be an apostate priest or even the Pope. Speculations about who the “Antichrist” is have included about every U.S. President and world leader (such as Napoleon Bonaparte, Benito Mussolini, and Adolf Hitler). Since the election is Tuesday, the case has been made that John McCain or Barack Obama is the “Antichrist”! Some have even made the case that the “Antichrist” will be a demon-possessed, super-intelligent human clone!

However, that there were “many antichrists” that were “already … in the world” leads others to conclude that the “antichrist” is an attitude reflected in both individuals and systems. John certainly applied the term that way to the Gnostics of his day (2 John 7). As we will see, the evidence for a single adversary is simply not as strong as many suggest. It is very evident that John was more concerned about “antichrists” who had already come, so it will be good for us to study how can we avoid being misled by “antichrists” today (whether it be one or many).

Who Were the Antichrists?

They refuse to follow the apostolic authority. In John’s day, they were individuals who had associated with the apostles and other Christians. They had gone out on their own and were no longer in fellowship with them. Thus it became manifest that they were not “of us” (approved by the apostles). Later, John describes the “spirit of antichrist” as that which does not hear the apostles (i.e., respect apostolic authority).

They deny Jesus is the Christ. Many Gnostics alleged that Jesus and Christ were two different persons. They envisioned a “Christ spirit,” an ethereal but powerful supernatural being who descended on a man named Jesus at His baptism and left Him just before His death. Thus the “Christ spirit” was not fully human, but only temporarily indwelt a man through whom that spirit, before departing, demonstrated extraordinary power and wisdom. This is this denial that Jesus Christ came in the flesh that John identifies as the “spirit of antichrist” (1 John 4:3-4).

They also denied the Father and the Son. By denying that Jesus is the Christ, they were denying the Son — He who was “begotten of the Father” and who became flesh (cf. John 1:14). By denying the Son, they were in essence also denying the Father. When John wrote his book, there were many “antichrists” in the world. This directly contradicts modern teachers who say that one “Antichrist” will arise in the future. Today, an “antichrist” would be one who denies Jesus to be the Messiah, or who denies the nature of Jesus (that He was fully God and fully man).

Guarding Against the Antichrists

John’s readers were reminded of their “unction.” This “unction (anointing) from the Holy One” enabled them to “know all things” and it enabled them “not to need that anyone teaches you.” The false teachers who threatened John’s readers employed the terms for knowledge and anointing to describe their religious experience. They arrogantly saw themselves as possessing an elevated and esoteric form of divine knowledge, and as the recipients of a special, secret, transcendent anointing. That led them to believe that they were privy to truth that the uninitiated lacked. John’s response, which was both a rebuttal to the antichrists and a reassurance to the Christians, was to assert that they had an “unction” of the Holy Spirit.

The “anointing” is a “conveying of a supernatural blessing” (cf. Luke 4:18), referring to the gifts of the Holy Spirit listed in 1 Corinthians 12:8-10: wisdom, knowledge, faith, healing, miracles, prophecy, discerning of spirits, tongues, and the interpretation of tongues. They provided both revelation and confirmation of the truth for the early church (Mark 16:17-20; Hebrews 2:1-4).

These Christians could have identified the “antichrists” without John’s help. Despite having this “anointing,” they needed to be encouraged to continue in what they had learned from the Spirit. Having the gifts of the Spirit did not keep them from sinning or being misled (1 John 2:26). Only by heeding what they had heard from the beginning would they continue to abide in the Son and in the Father, and receive the promise of eternal life.

Christians today do not have the “anointing” like John’s readers. Many people today misapply this verse to teach that we can have some direct “anointing” from God. But if we did, then we would not need the scriptures, and only the self-deceived would make such a claim today (1 John 2:20, 27)!
However, we have something just as good. We have the word of God, which is the “sword of the Spirit” (Ephesians 6:17). We have “the faith once delivered unto the saints” (Jude 3). We have an objective standard by which we can know the truth, and avoid being misled by subjective feelings that can be mistaken for some sort of prompting of the Holy Spirit (2 Timothy 3:16-17).

But like John’s readers, we need to be encouraged to continue in what we have learned from the Spirit-given word. Having the word of God does not ensure that we will not be misled by others (cf. Galatians 1:7; 2 Corinthians 11:4). Unless we study and apply the word, we are open to deceptions by modern-day “antichrists”! Therefore, “antichrists” can still be a very real problem for us. While there may not be many professing Christians who deny that Jesus is the Christ, or that He came in the flesh, there are many who reject the authority of the apostles by rejecting the scriptures!

The “antichrist” has no horns or red glowing eyes. Neither is the “antichrist” some demon-possessed, super-intelligent human clone. He is also not necessarily a political candidate unless that candidate denies that Jesus is the Christ (as far as I know, neither make that claim). Rather, the “antichrist” is that sweet elderly lady living next door who openly teaches the neighborhood kids that Jesus just was a myth. We must “continue in the Son, and in the Father” (1 John 2:24). Remember, we are living in the last hour, and Christ may come at any time and judge us for our unbelief!