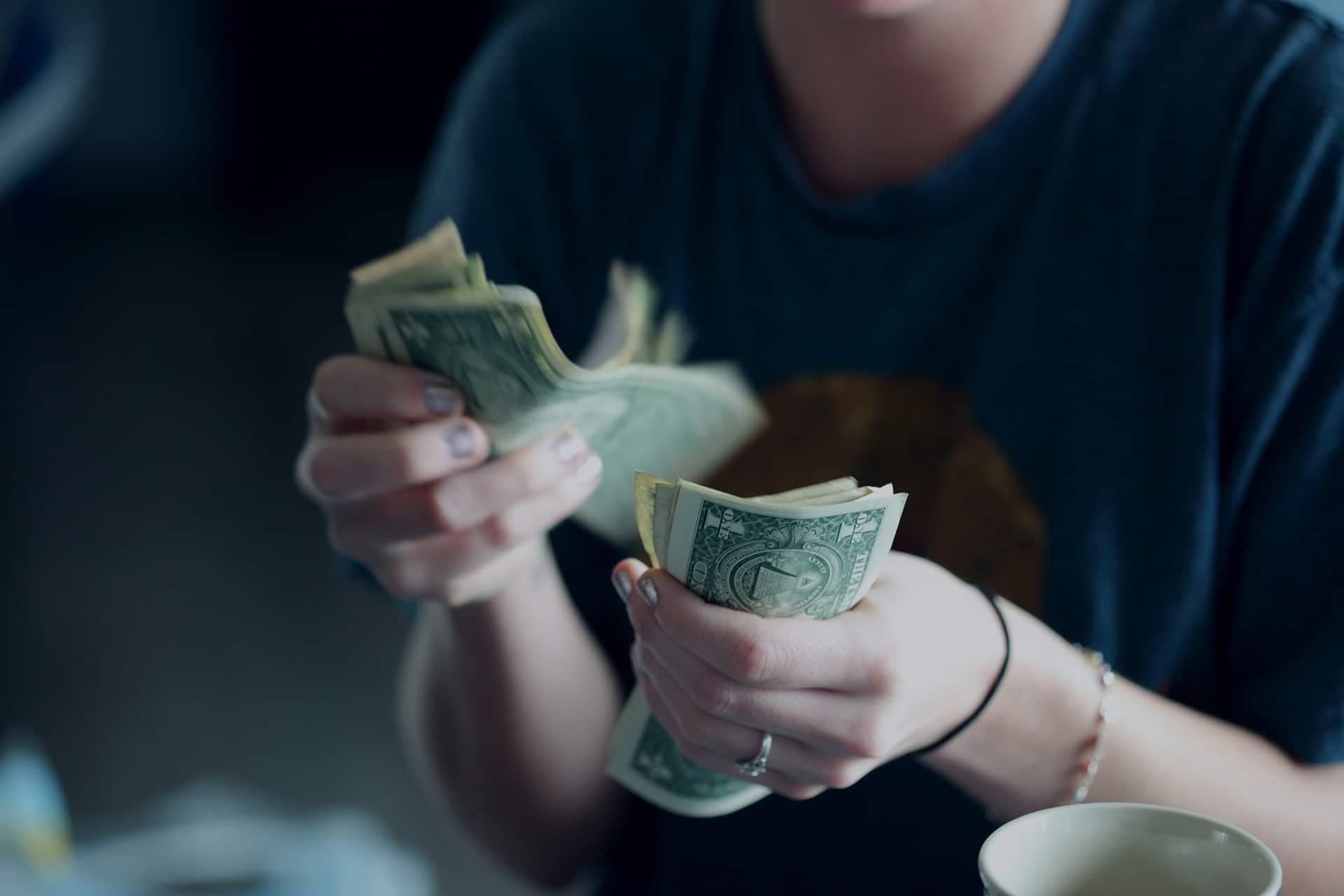 Setting sinful and improper actions and attitudes over service to God has long been a problem of Christians. Every single person would probably confess to having the wrong priorities at one time or the other. However, beyond occasional misguided priorities lies a deeper problem. It is a difficulty which resides at the root of being a Christian. This is a problem of the heart. The real question we must ask is not, “When have I in the past made bad decisions,” but it must be, “What is really my master?” Jesus exclaimed, “No man can serve two masters: for either he will hate the one, and love the other; or else he will hold to the one, and despise the other. Ye cannot serve God and mammon.”

Now our Lord opposes having two masters — setting God over riches. Jesus is drawing a clear line and He wants us to know on which side to belong. In these few verses, He puts a very strong emphasis on treasures. He knew that treasures can capture the heart of man (v. 21). The pursuit  of wealth is very deceptive because it promises to bring light, but it instead brings darkness and misery. Materially, there may be abundance and happiness, but spiritually there is a great void. Where do you stand in relation to this light? What kind of treasures have captured your heart?

Because riches can so easily enslave us, Jesus teaches that if God is not our master, then the representative of the world (i.e. riches) will be. It is absolutely impossible for the human heart to be divided between God and the world. They are diametrically opposed to one another. The most dangerous fact about this attitude is that the person who is striving to grasp both worlds is in danger of losing both. If they do not lose both, certainly they are in danger of losing the kingdom of heaven. James 4:4 says, “Ye adulterers and adulteresses, know ye not that the friendship of the world is enmity with God? Whosoever therefore will be a friend of the world is the enemy of God.” Mankind must fully understand the ramifications of attempting to serve two masters.

The word “mammon” in the KJV is an Aramaic word which means “riches,” or as men term them, the good things of this world. It is evident, however, that this word represents a personification. It is hard to serve inanimate objects. Mammon really signifies the love of this world. Serving the treasures and pleasures of earthly existence ultimately means serving Satan.

The word “serve” does not mean committing an occasional act of obedience. It means to be a slave or the property of a master, who is constantly subject to the master’s will. Another interesting word that the Lord uses is “other.” This term means another of an entirely different order. Jesus meant that we cannot serve a master that is completely opposed to the other. We cannot be devoted to two different and opposing masters. A man may be a servant to two or more masters if they are all on one side.

For example, a soldier may serve the President and at the same time serve his commanding officer. A man may serve two masters of completely different characters (one mean and the other pleasant). A man may serve two masters unequally — occasionally doing an act of service to one while habitually serving the other. Jesus’ point is that no man can be at the same time a habitual servant of two masters who are hostile to each other and whose interests are entirely incompatible. Jesus said, “You cannot serve God and mammon.”

Is it not plain that there can be no serving of two such masters? If we are to serve God, it must be wholehearted service. Nothing else will be acceptable (Deuteronomy 6:5; Matthew 22:37). The one who serves God must have a clear or single eye (Matthew 6:22-23). God requires all of our attention and will not permit us to divide ourselves between Him and the world.

How do you treat the privilege of being a Christian? Is it the foremost power in your life or is it just another “hobby”? Can we say with David in Psalm 119:6, 31, and 69, “Then I shall not be ashamed when I look upon all Thy commandments … I cleave to Thy testimonies … With all my heart I will observe Thy precepts.” Or will God say of us, “They did not follow Me fully” (Numbers 32:11)?

Abraham is a wonderful example of loving God with all his heart and desiring to be obedient to Him when it says, “By faith Abraham, when he was called, obeyed by going out to a place which he was to receive for an inheritance; and he went out, not knowing where he was going” (Hebrews 11:8). It is sad to realize that the church is full of “atheists” who withdraw their hearts from God, seek worldly concerns and obeying their own desires rather than the Lord’s.

Reflecting on the principles that were laid down so long ago only brings us to perceive the shameful state into which we have fallen. It seems like we are far more eager and diligent in our quest after worldly gain than in conformity to the image of Christ. An underlying spirit of covetousness possesses the American people: couples are convinced that they must have a nice home and nice vehicles in order to take part in the American dream, more and more of American businessmen and women are caught up in the “What is in it for me?” syndrome and discontented workers demand higher wages and more and more of the luxuries of life. Where does all this self-seeking end?

It almost seems as if the laws of denying self and living as strangers and pilgrims here has faded into memory. As we sit in our nicely-furnished homes and eat of the abundance of this country, it is very difficult to answer the indictments of self-indulgence and mammon worship. Very often, we are guilty as charged. Instead of God’s people humbling themselves beneath His mighty hand, repenting of and forsaking our sins, we have in large measure, “lived luxuriously on the earth and led a life of wanton pleasure” (James 5:5).

← Prev: Grace and Faith Exempliﬁed Next: “That’s Their Business” →