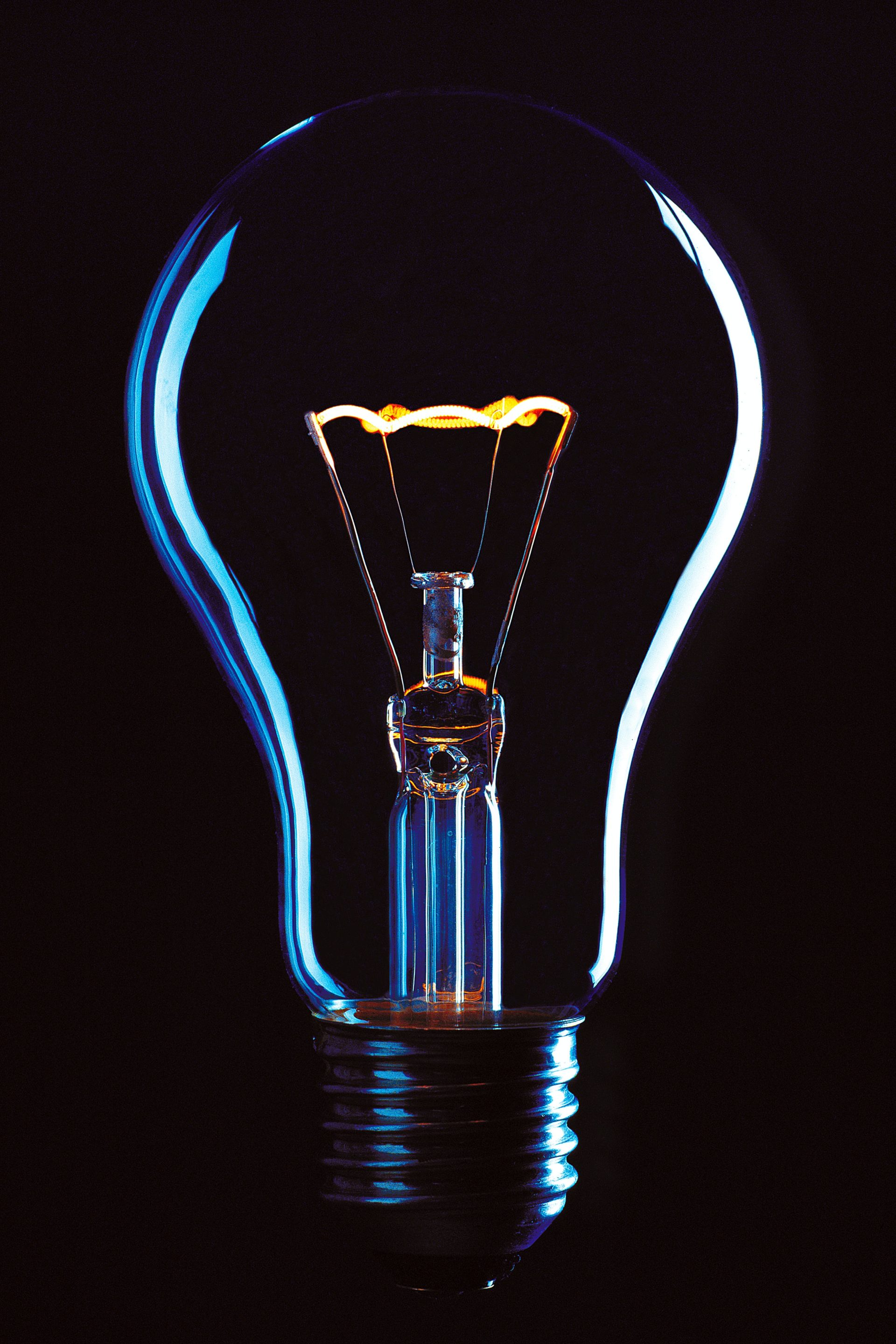 Why Are New Concepts Developed?

Over the past couple of decades the churches of Christ have been exposed to many new views. Change agents have been, and still are, at work. Some of these new views wither and die, while others stick. Before we attempt to answer the above question, a brief discussion of these new views is necessary.

The “New Hermeneutic” is a new way to interpret scripture. For us laypeople basically it is the notion that instead of the Bible teaching us by the proof-text method (book, chapter, and verse) or having authority for what we can do and practice by way of a command, example, and necessary inference, the New Testament is more like a love letter and it can be individually interpreted. Since different interpretations might be forthcoming, the conclusion each one reaches is not to be made an issue or a test of fellowship.

This has meant a change in a number of ways including a wider role for women in the public worship of the assembled church, instrumental music, the non-essentiality of baptism, and the enlargement of the work of the church into social and recreational endeavors. There are several reasons why so many Christians and churches embrace and defend these views.

First, congregations that are dead or dying, small and struggling, or lacking emotion and enthusiasm are looking for new ways to inspire growth. One gospel preacher had an article in the Canadian publication, The Gospel Herald, many years ago relating something like this: “We have tried gospel meetings, summer Bible schools, special meetings, personal work programs, etc., and still no results.” Then he stated the problem was that the church was not allowing the “gift of the Holy Spirit” to lead us and bring forth results. He was talking about a direct sort of operation of the Holy Spirit. This is about the time when brethren started to pray for items like a parking spot in a crowded downtown street! It was “pray and park.” This may invoke emotionalism, but not spirituality. In order to get a spiritual “lift” or “high,” some engage in what is artificially contrived. We need to “take heed” because too much of what is seen among conservative brethren are entertainment-based rather than worship-oriented.

Second, culturalism and pluralism in every area is the name of the game today. Society is being pressured, and the pressure is always on the church of the living God to conform and surrender. We, in our sophisticated society, want to go along to get along. We do not like being different and so it is easy to acquiesce. But scripture still reads, “Be not conformed to this world …” (Romans 12:2). The word still says be different (1 Peter 1:9-10). The Bible still presents a distinct pattern for our moral and religious lives. And it still relates a distinct pattern for the work, worship, and organization of the local churches of Christ (Hebrews 8:5; 1 Corinthians 4:17; 13:37.). The “salvation” and “the faith” that the Bible talks about is “common” to all people; that is, it is the same for each one equally (Jude 3; Acts 6:7). God’s word has no room for faiths (plural) or for personal-subjective views (the “New Hermeneutic” position).

Third, churches are taking their cues from renowned men like Max Lucado and Rubel Shelly. Multiple books by Max can be purchased at any religious book store. He has the ability to take you in with his novel-like books, but he goes so far as to talk about being saved by grace (which to him excludes baptism as being essential to salvation). I heard him in a television program in Seattle, WA several years ago and his invitation to salvation sounded just like Billy Graham. Shelly was once quite conservative and a prolific writer but in the past, 25 years or so has totally flip-flopped. Rubel is on record as saying that he had to make some changes in his ministry and practice to keep his children. This is what a Pentecostal auto salesman told me as to why he left one Pentecostal church to join another Pentecostal church. Apparently the latter had more “contemporary” music (drums, guitars, solos, group singers, “Christian” rock, etc.) for his children.

Fourth, some brethren are desperate to copy denominations. It is almost guaranteed that every one of the “new views” engaged in by our brethren has come from the denominations of men. It works for them so we must try it. Never mind if there is any biblical authority for the practice, we are for it! The “New Hermeneutic” allows it! This is reminiscent of ancient Israel who wanted a king like the nations around them (1 Samuel 8:5-6).

Fifth, brethren know that from the time of the “Restoration Movement” of the late 1700s and early 1800s, there have been new issues arise which divide brethren or cause tension. When I became a Christian at the age of 24 in 1962, I began reading the publications of our brethren and I learned of the various issues of the past. Issues like the missionary society and introduction of instrumental music in the church; Premillennialism (a big issue in the church back in the 1930s); the centralized or the sponsoring church concept along with benevolent and educational institutions funded by the congregations of the 1950s and 60s; the Pentecostal-like Holy Spirit issue in the church that was sponsoring the International Herald of Truth TV program of the early 70s; the war issue; the Grace-Fellowship-Unity Movement of the 1970s, which attempted to bring into fellowship all “the heirs of the Restoration Movement”; the artificial head covering for Christian women; the heretical efforts of certain brethren to demote Jesus in one way or another of His deity in the 1990s; the marriage, divorce, and remarriage issues from the 1960s to this day; the controversy over the days of creation and theistic evolution; and, individually supported organizations having the right to engage in the work and worship that God has assigned to the local churches. And so, because of the various issues cropping up in the “brotherhood,” it has been thought by many that something must be wrong with the idea of unity based on “the pattern” concept. However much we might hate divisive issues, the answer is not found in the opening paragraph of this article. Remember, the early churches of Christ had plenty of issues to deal with too. There will always be issues of one kind or another (1 Corinthians 1:10; 11:19; Jude 3; Acts 20:29-32). It will not always be easy to see the truth on every matter, but to throw our hands in the air and give up is not the right answer. To join the “New Hermeneutic” view is not an option. Jeremiah said, “O Lord, I know that the way of man is not in himself …” (10:23). No, the only way to have and to keep a good conscience and to comply with revealed truth is to keep praying, studying, and trusting. We have to “buy the truth, and sell it not …” (Proverbs 23:23).

Sixth, the smallness of our brotherhood. No matter how you look at it, the churches of Christ in the world are not huge in number; and then we are divided by some of the above-mentioned issues. Of course, we all would like to see more physical growth. Of course, we would all love to have more fellowship — a larger fellowship. Some apparently cannot stand being so “few” in number and so they seek more fellowship with other so-called “believers.” Thus they court open fellowship. They join in activities like the “day of prayer” meetings with denominations. They believe that we are united — one in Christ!

Seventh, not wanting to be bound by the authority. Some do not believe in any distinct pattern for the collective church. To have to prove everything we do must be from a command of God, a New Testament apostolically approved example, or a necessary inference from scripture taken in context receives the response, “No way! We want liberty. We are under grace.” Hence they err for God does indeed teach us by way of commands (Acts 10:48), examples (Philippians 4:9), and necessary inferences (Acts 8:35-36). God’s true grace, freedom, and liberty are not found in our ways or works but in accepting both His work and His will for us which involves our response of obedience to His love (Titus 3:5; Ephesians 2:9-10; John 8:32; Hebrews 5:8-9; Philippians 2:12).

Yes, there are a number of matters of indifference; there are areas of lawful expediencies; there are areas of custom. But in regards to the gospel — to the doctrine of Christ — we must take a firm stand and be not moved (Mark 16:16; Matthew 28:18-20; Romans 1:16; 2 Timothy 2:2; 2 John 9-10; Jude 3). We must defend it and contend for it. It will not work for us to be quiet and make no attempt to correct our erring brethren — to not agree with what they are doing but just leave them alone (Romans 1:32; James 5:19-20; Galatians 6:1-2). As we approach our erring brethren on any matter we need to be careful that we are “speaking the truth in love” (Ephesians 4:15). Hopefully they will respond in-kind. If not, we have done our job.

No one has all the answers. Certainly, God gives us time to learn and to grow (Acts 2:42), but we must not take it too far (Revelation 2:21). Thankfully, God is keeping the time clock on our development, but even He has His limits (Revelation 2:5; 2 John 9). We all need to grow (1 Peter 2:2). That growth must be “in the grace and knowledge of our Lord and Saviour Jesus Christ” (2 Peter 3:18) and not in the policies, philosophies, ideologies, theologies, or in the new views such as the “New Hermeneutic.”