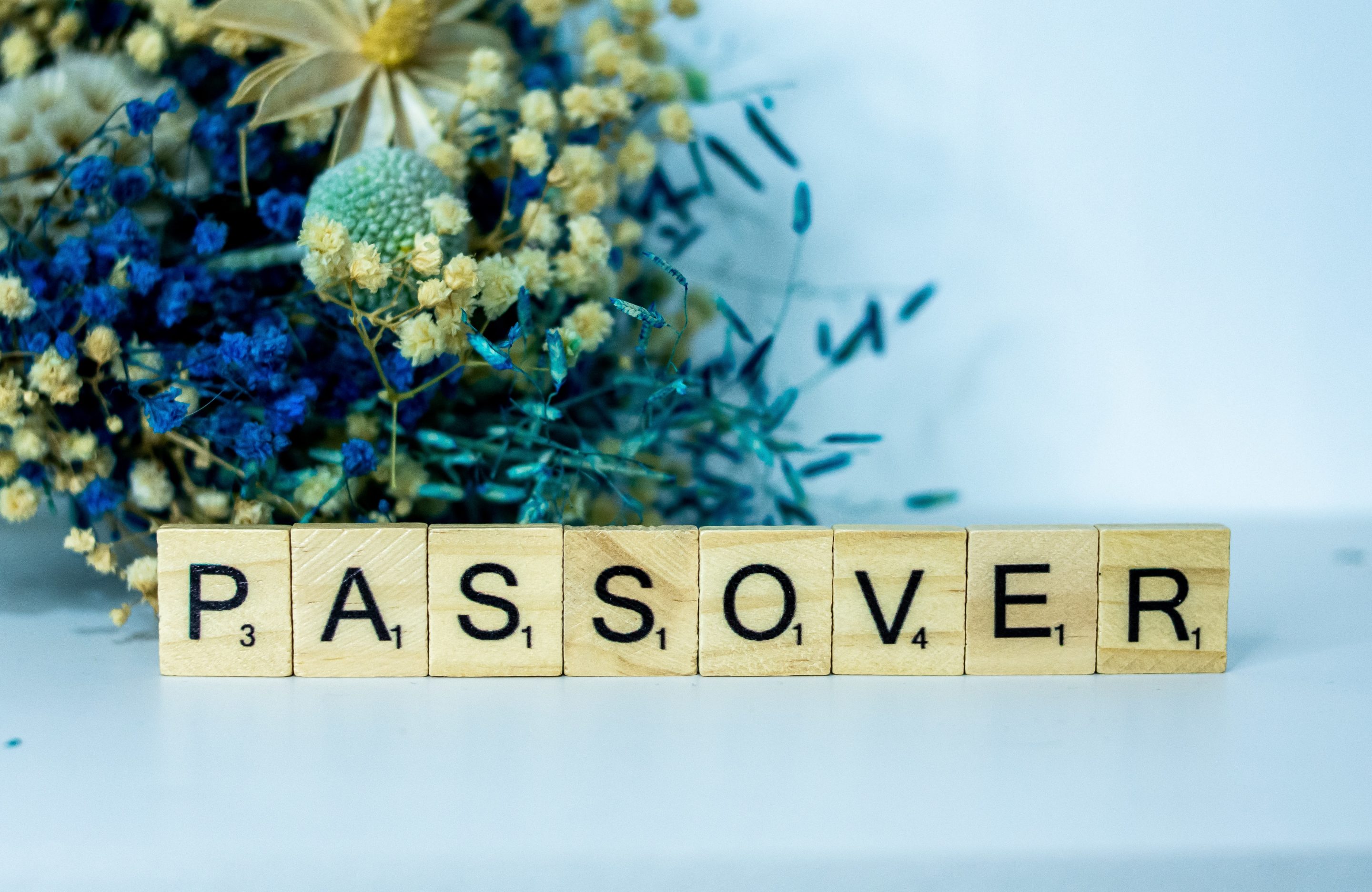 In order to fully understand the Jewish religion and people, and to gain a greater perspective of a number of events in the New Testament, one needs to study the Jewish feasts and festivals.  The Jewish feasts and festivals were scheduled at specific times in the annual calendar and they were both civil and religious in nature.  Some marked the beginning or the end of the agricultural year, while others commemorated historic events in the Jewish nation.  All of the feasts were marked by thanksgiving and joyous feasting.

The feasts and festivals of Israel were community observances.  The poor, the widow, the orphan, the Levite and the sojourner or foreigner were invited to most of the feasts.  The accounts of these feasts suggest a potluck type of meal, with some parts of the meal reserved for the priests and the rest given to those who gathered at the temple or the altar for worship.  One of the feasts, Passover, originated in the home and later was transferred to the temple.  The rest were apparently observed at specific times during the year and in designated places.

The Jews also had three great “pilgrimage” festivals: Passover, Pentecost and the Feast of Tabernacles.  They were very important in the Jewish faith, and every male was expected to observe them (Deuteronomy 16:16).  The religious pilgrimage from the various towns and cities to the temple became annual events.  In all the feasts and festivals, the nation of Israel remembered its past and renewed its faith in the Lord who created and sustained His people.  We will be examining these feasts and festivals in this article and the next.  But before considering the feasts, it will be helpful to take a brief look at the Jewish calendar and how the Jews reckoned these events in their year.  Following the discussion of the calendar, we will investigate a complete list of all the feasts and festivals observed by the Jewish people.

The Jewish calendar was based upon the lunar month; that is, the beginning of the month was marked by the new moon.  The moon was carefully observed by the people of Bible times.  When it appeared as a thin crescent at sunset, it marked the beginning of a new month.  The lunar month was about 29 days.  Therefore, the first crescent of the new moon would appear 29 or 30 days after the previous new moon.  The marking of time in ancient days revolved around the months, seasonal religious festivals and the year.

The first month of the Hebrew calendar was in the spring, around March/April or the beginning of the spring equinox.  In their early history the Israelites adopted Canaanite names for the months which were connected with agriculture and climate.  Only four of these names are mentioned in the Old Testament.  The month Abib, or “ripening of grain” (Leviticus 2:14), was the first month (March/April), which was at the time of barley harvest (Exodus 13:4; 23:15).  The month Ziv, or “splendor,” referring to the beauty of flowers blooming at that time (1 Kings 6:1, 37), was the second month (April/May).  Ethanim (1 Kings 8:2) was the seventh month (September/October), which occurred during the rainy season.  Bul (2 Kings 6:38) was the eighth month (October/November).  Its name may have reference to “rain,” since this month was between the early and latter rains.  These four names were associated with the most important agricultural times of the year.

In its later history the nation of Israel adopted all twelve months of the Babylonian calendar as their civil calendar, but not all of them are listed in the Bible.  The seven that occur are Nisan, the first month (Nehemiah 2:1); Sivan, the third month (Esther 8:9), Elul, the sixth month (Nehemiah 6:15); Chislev, the ninth month (Zechariah 7:1); Tebeth, the tenth month (Esther 2:16); Shebat, the eleventh month (Zechariah 1:7); and Adar, the twelfth month (Ezra 6:15).  The beginning of this calendar also coincided with the spring equinox.

Since the months were based on the lunar system and since each month averaged 29 1/2 days, the year would be 354 days, or 11 days short of the solar year.  In just three years the calendar would be off more than a month.  To reconcile the calendar, seven months would be added to the calendar over a 19-year cycle, resulting in an error of only two hours and four minutes by the end of the cycle.  Israel adjusted her calendar in a similar fashion by adding a thirteenth month, known as Adar Sheni, whenever necessary.  The year in which such an adjustment was made was determined by the Sanhedrin, and ultimately fixed in a permanent manner by astronomical calculation.  In a cycle of nineteen years the third, sixth, eighth, eleventh, fourteenth, seventeenth and nineteenth are made leap-years with an average length of 384 days.  It is plain, therefore, that the Jewish year has long been, and still is, a luni-solar year.  Because this system was developed in harmony with ritual requirements, it is called the sacred Jewish year.

The Israelites were instructed to include the family, the hired servants, the stranger and even their domestic animals in observance of this holy day.  All were commanded to cease from normal labor, even gathering firewood (Numbers 15:32-36) or kindling a fire (Exodus 35:2-3).  Later in Jewish history, the Jews were forbidden to travel more than 2,000 cubits or 7/8 of a mile on the Sabbath.  Those who violated the Sabbath would be cut off from among the people or could be put to death by stoning (Exodus 31:12-26).

Although the Sabbath was not intended as a day of worship, it did become a day of convocation to the Lord.  A specific burnt sacrifice on the Sabbath was required in Numbers 28:9-10.  In later periods of Jewish history, prayer and other rituals became the procedure for observing the Sabbath and just prior to the New Testament times, the Sabbath became a day of assembly when the principle synagogue service was conducted.

The Sabbath observance, which occurred every week, had two purposes.  First, it symbolized that the nation of Israel had been set apart by the Lord as His special people.  Second, it was also a celebration of the fact that the land belonged to God.  This is seen in God’s provision of a Sabbatical year, which was one year out of every seven when the land would rest from cultivation (Leviticus 25:1-7).  The law included the fields of grain and the vineyards.  Even that which grew from the planting and pruning of the sixth year was not to be consumed by the owner.  Eventually, the cancellation of debts was added to the land rest as a part of the Sabbatical year.  Debts to fellow Jews were to be forgiven during this year, although debts of non-Jews might be collected.  But the spirit of generosity was encouraged even toward non-Jews. Indentured servants were to be granted their freedom.  Furthermore, they were also to be provided with generous portions of meat and drink.

After every seven Sabbatical years, or 49 years, the 50th year was set aside as the year of Jubilee.  Once the Israelites possessed the land of Canaan, it became their obligation to observe this year (Leviticus 23:15-16; 25:8-55; 27:14-24; Jeremiah 34:8, 14-17; Isaiah 61:1-2).  The Jubilee year began with the blowing of the ram’s horn.  The year of Jubilee was a special year in family renewal.  A man who was bound to another as a slave or indentured servant was set free and returned to his own family.  If any members of his family were also bound, the entire family was set free.  Houses and lands could also be redeemed in the year of Jubilee.  The land owned by Levites was exempted from this law; they could redeem their land at any time.

Having laid a significant foundation concerning the Jewish calendar and the regular Sabbath celebrations, the next post will examine the New Moon and the yearly Jewish feasts and festivals and their significance in Jewish life.

← Prev: An Ex-Trans Teen's Testimony Next: The Last Verses of Mark #1 →