The Baptism of the Great Commission #2

A previous article expounded on three aspects of the Great Commission baptism: the element, action and the subjects of the baptism Jesus commanded (Mt. 28:18-20). This article will conclude that study: the purpose for that baptism and the significance of one being baptized “into the name of Jesus Christ.”

In Paul’s first letter to the Corinthians, he issued the following appeal: “These things, brethren, I have in a figure transferred to myself and Apollos for your sakes, that in us ye might learn not to go beyond the things that are written” (1 Cor. 4:6). Paul urged Timothy, “But abide thou in the things thou hast learned and hast been assured of, knowing of whom thou hast learned them, and that from a babe thou hast known the sacred writings which are able to make thee wise unto salvation through faith in Christ Jesus” (2 Tim. 3:14-15). John, the beloved apostle, warned, “Whoso goeth onward and abideth not in the teaching of Christ hath not God. He that abideth in the teaching hath both the Father and the Son” (2 John 9-10). Man does not learn the doctrine of Christ from the manuals, disciplines, and creeds of man. The teaching of Christ can be learned from only one source, the Holy Scriptures. To Paul’s exhortation to Timothy to abide in the things he had learned, Paul added, “Every scripture is inspired by God and is also profitable for teaching, for reproof, for correction for instruction which is in righteousness, that the man of God may be complete, furnished completely unto every good work” (2 Tim. 3:16-17). These words are appealed to because while some of the things studied about New Testament baptisms are matters in which controversy may exist, no subject has been studied about which greater controversy exists than what will be studied in this article: the purpose for being baptized. And yet, nothing is more clearly and definitively revealed by Jesus’ apostles than that Jesus commanded men to be baptized in order to be saved.

Let’s begin with that last statement. Jesus commanded men to be baptized in order that they might be saved. When Jesus gave His disciples orders to preach the gospel to every creature, He said, “He that believeth and is baptized shall be saved.  He that believeth not shall be condemned” (Mk. 16:15-16). What did the apostles understand Jesus to mean?

About ten days after Jesus ascended to His Father, the apostles were assembled together on the day of Pentecost (Acts 2:1). Jesus poured forth the Holy Spirit upon them, as He promised (Acts 1:4-5, 8) — for the purpose He promised He would (John 16:13; Acts 2:4). Peter preached the first gospel sermon, concluding it by saying, “Let all the house of Israel know assuredly that God hath made him both Lord and Christ, this Jesus whom ye crucified” (Acts 2:36). Many who heard Peter were “pricked in their hearts and said unto Peter and the rest of the apostles, brethren, what shall we do?” (Acts 2:37). Peter’s response was immediate: “Repent ye and be baptized everyone of you in the name of Jesus Christ unto the remission of your sins …” (Acts 2:38). Peter never changed his views. Over 30 years later he wrote his first epistle and said, “The like figure whereunto even baptism doth also now save you” (1 Pet. 3:21). Paul wrote Titus: “According to his mercy he saved us, through the washing of regeneration (a reference to baptism, jm) and the renewing of the Holy Spirit” (Titus 3:5). How did those who heard the apostles understand what they said? Ananias was a disciple in Damascus who was sent to Paul by God. He found him praying and he said, “And now, why tarriest thou? Arise and be baptized and wash away thy sins, calling on the name of the Lord” (Acts 22:16). We see that Jesus said baptism saves. The apostles who heard Him said baptism saves. Those who heard the apostles said baptism saves. Why do so many not understand today? If men would listen to what Jesus and the apostles said and wrote, and not go “beyond the things that are written,” they will likewise say that baptism saves. In an article to follow, material will be given to answer objections men make to the truth that baptism saves.

← Prev: The Shape of the World, According to God Next: A Necessary Evangelistic Quality → 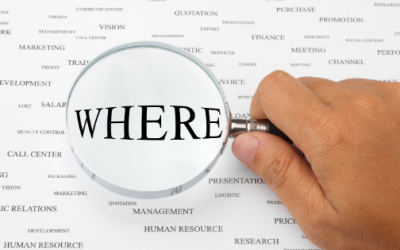 24 Doctrines That Are Not in the Bible

The denominationalism of Christianity is so deeply ingrained that it is impossible for most people to imagine a faith... 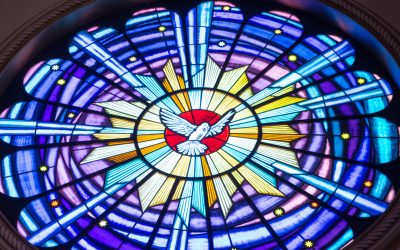 Subjective “Spirit leading” is when one is moved by imagined nudging and impulses, then attributes that imagination to... 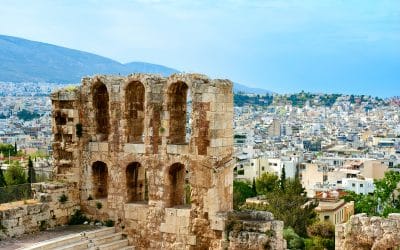 What Good is Archaeology?

If you were to go to any major university to study the Bible, you would probably be told that historical events in the...